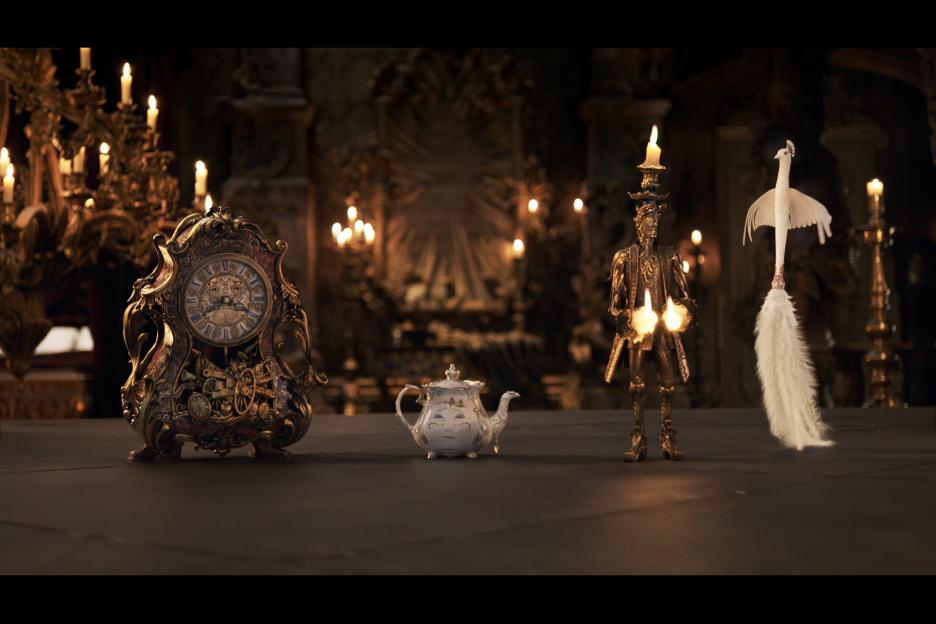 The more bits and pieces of the upcoming, live-action Beauty and The Beast film I see, the more excited I am for this movie to be released! I grew up watching this incredible love story, so my relationship with this film goes back a long way – I’m not saying just how long, though.

Anyway, I was fortunate enough to see Beauty and The Beast on Broadway in New York City years ago and I watch the live mini-production of it at Disney’s Hollywood Studios every chance I get.

Without further ado, here is a look at the new, beautiful movie posters! Dan Stevens as “The Beast” Dan Stevens as “The Prince” Stanley Tucci as “Cadenza”
I think they’ve paired the perfect actors with these characters! Their looks are just incredible! Which ones are your favorites? Let us know in the comments!

Beauty and The Beast opens in theatres everywhere on March 17th, 2017!