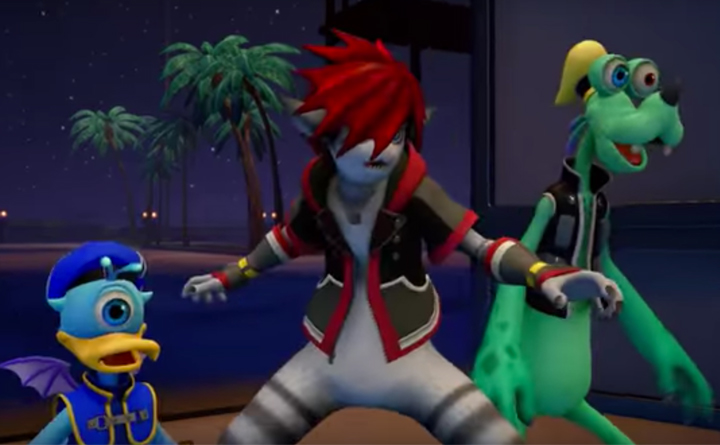 At the Kingdom Hearts Fan Event at the D23 Expo Japan, a new trailer for Kingdom Hearts III was released revealing that a Monster Inc. themed world would be featured in the game. The Monsters Inc. world joins the already announced Tangled, Olympus Coliseum from Hercules, Big Hero 6, and Toy Story themed worlds.

When entering the Monsters Inc. world Sora, Donald and Goofy are transformed into their monster incarnations. Villains from previous Kingdom Heart’s Vanitas and Marluxia are also featured in the trailer.

The new trailer is featured below!