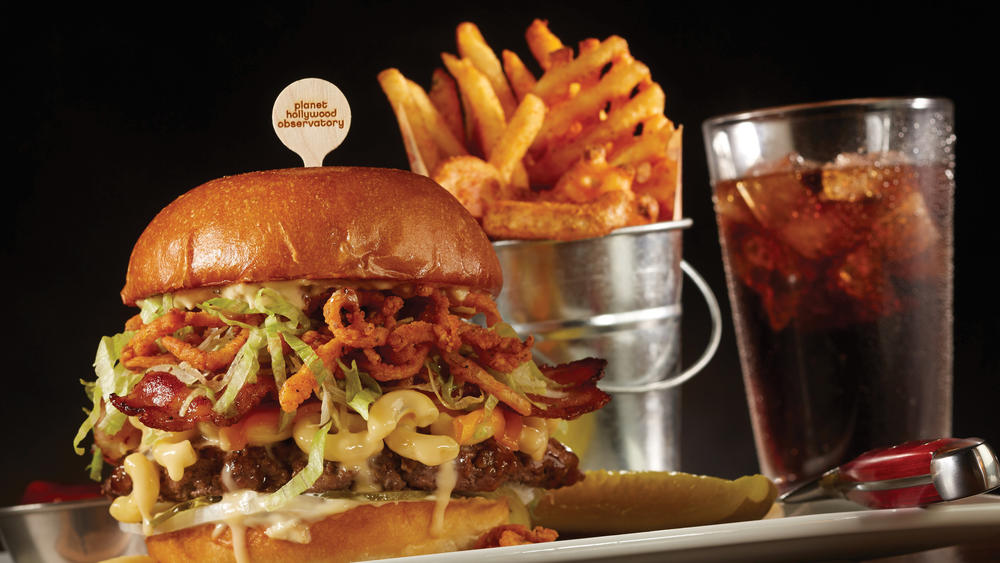 After a $25 million dollar renovation, the Planet Hollywood Observatory restaurant is slated to open this fall. The renovated restaurant will now have a portion of the menu designed by TV personality Guy Fieri. The Orlando Sentinel reported that new information and photos have been released of what guests can expect to order when visiting the newly renovated restaurant in Disney Springs. Some old favorites from Planet Hollywood will be returning including the Chicken Crunch (a nacho dish), L.A. Lasagna (a fried version of a traditional lasagna), among other returning dishes. Judging by the photos the portion sizes seem to be large. So if you like big meals, Planet Hollywood Observatory might be the perfect place for you in the near future. There will be some new salad options as well, including the Citrus Kale, a kale and citrus fruit combination. But it seems that the new menu certainly caters more to those guests who enjoy heavier foods. Lastly, the dessert menu will be highlighted by the “Supernova Shakes.” These massive shakes are works of art, and are piled high with sugary treats! This will certainly be a big hit with kids, and kids at heart.