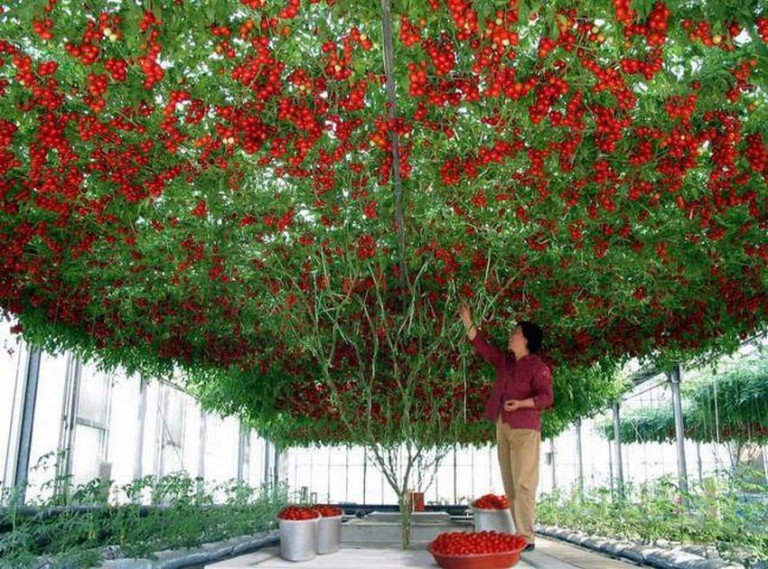 A tomato tree in Epcot’s Land Pavilion has broken a new world record! The tree is located in one of the experimental greenhouses you can see while riding the Living with the Land attraction.

According to the World Record Academy, the tree broke the record for most tomatoes harvested from a single plant in one year. Graham Tranter of Bridgnorth, Shropshire, UK, held the previous record listed in the Guinness World Records with 488 tomatoes from one stem during the October 2010 harvest. The tomato tree at Epcot had a one-year harvest of 32,000 tomatoes, weighing a total of 1,151.84 pounds.

The tree is actually native to Beijing, China, and its seeds were brought to Epcot by Yong Huang, Epcot’s manager of agricultural science.

An Heirloom Tomato Tree takes 1.2-1.5 years to reach its full size and starts growing fruit 7-8 months after being planted. A normal harvest is around 14,000 tomatoes.

The tomatoes are usually about the size of a golf ball and the fruit from the Epcot tree is served in restaurants around Walt Disney World.