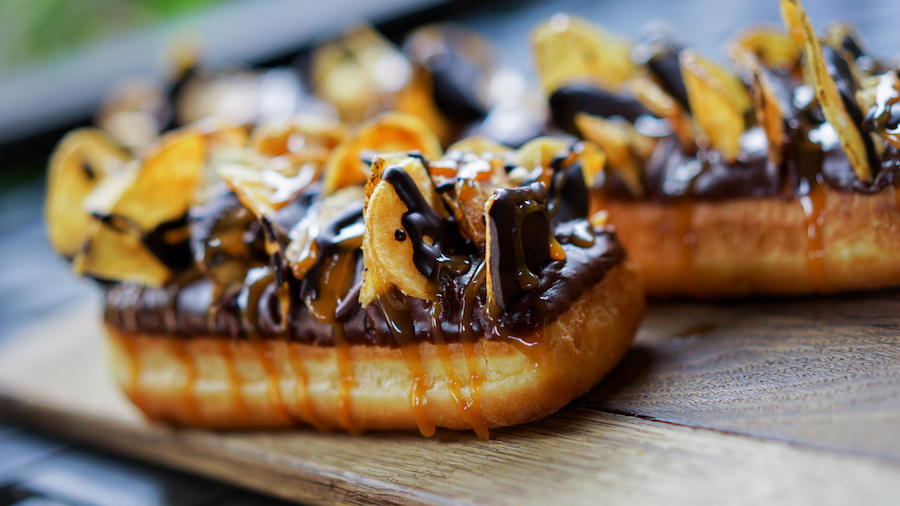 Disneyland Executive Chef Jason Martin and his team have created some tasty looking donuts on Main Street U.S.A. In fact, at The Coffee Cart guests can find weekly flavors like a Matterhorn Macaroon donut or a Chocolate Covered Potato Chip donut! These delicious looking sweet treats are inspired by the “people, parades, events and seasons” of Disneyland, according to Chef Jason Martin. The idea of having new weekly flavors, starting every Friday, is for Disneyland to try what is trending. Executive Chef Jason Martin relies heavily on his team to create and think of new flavors. So far, they’ve released about 40 flavors.