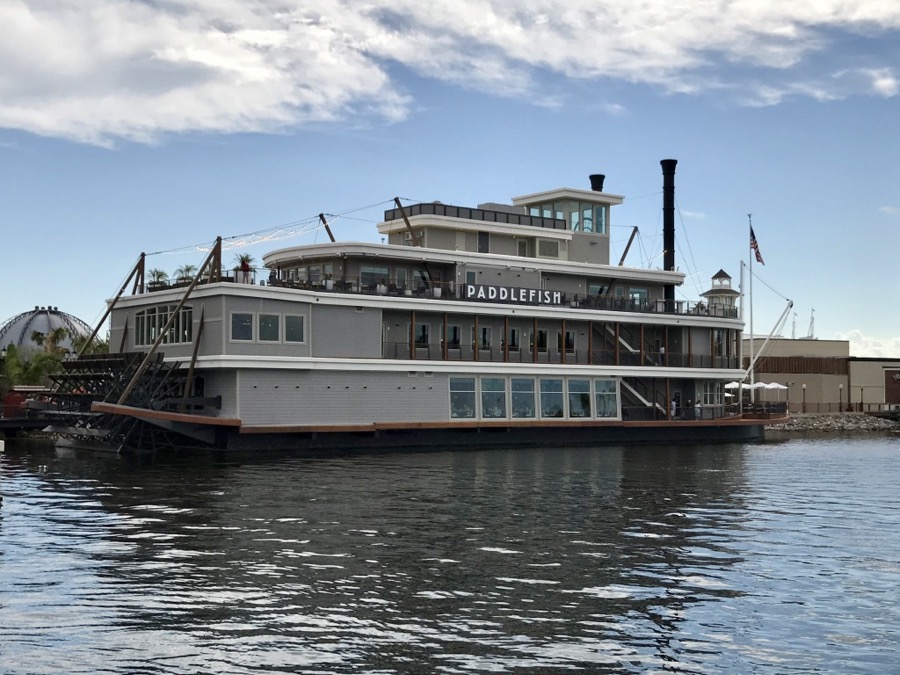 The winners of the 2018 Orlando Magazine Readers’ Choice Awards were just announced. Receiving the award for Best Seafood Restaurant was Paddlefish. Paddlefish is a faux riverboat seafood restaurant docked alongside Disney Springs. The location was formerly Fulton Crab House but was reimagined, and had a grand reopening as Paddlefish on February 4, 2017.