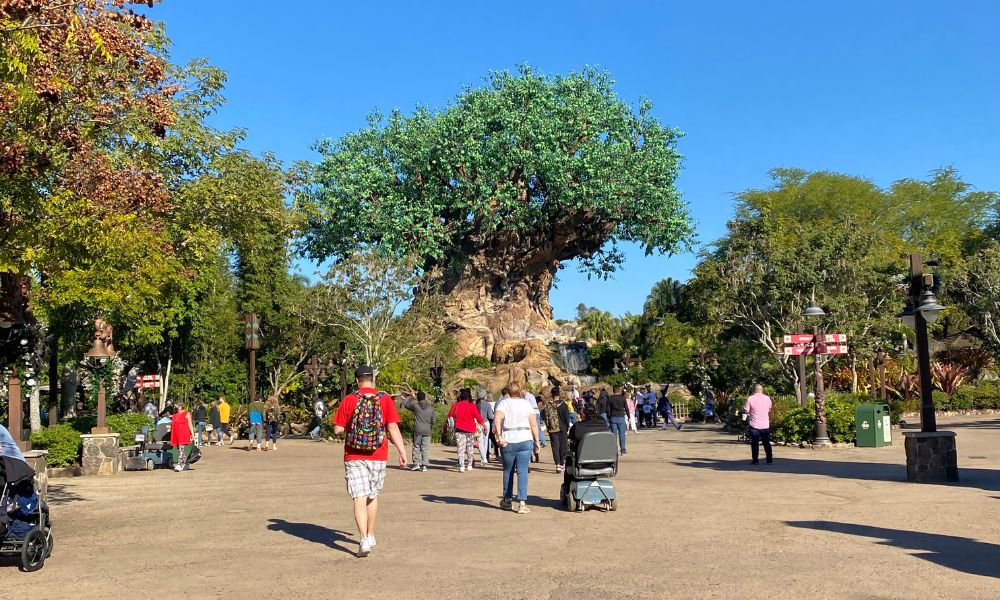 After the parks reopened, parking lot trams were nonexistent until just recently. Magic Kingdom was the first park to get trams back, which makes sense because that parking lot is enormous. Meanwhile, the other parks still don’t have trams running but not for long. It was announced recently by parking Cast Members on TikTok that the trams would be back at Animal Kingdom on May 27th.

The parking lot at Animal Kingdom at the end of a long park day can feel never-ending, so I am glad that trams are coming back. I have some ankle issues that I deal with, and at the end of the day, that pain flares up, which makes it a pain to walk to my car. I was shocked to see that Animal Kingdom was next for trams because the second-biggest parking lot at Disney is at Epcot. Hopefully, we will see trams back at Epcot and Hollywood Studios by the end of this year.

Many people don’t mind walking through the parking lot to get to the park entrance, but some guests can’t make that walk. I have several people in my family who can’t make that walk, and the trams’ absence has truly affected them. Seeing the trams coming back means that more Cast Members are either being brought back to work or being hired. Hopefully, we will see more experiences come back this summer; fingers crossed for the return of Bibbidi Bobbidi Boutique.

Which park do you think will get trams next? Let us know in the comments.