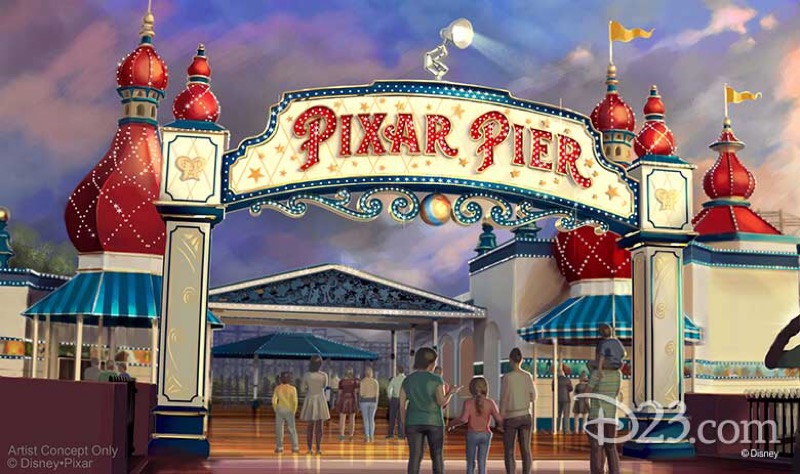 Among the many announcements by Disney Parks & Resorts chairman Bob Chapek at the D23 Expo that’s happening this week in Japan was an official opening date for Pixar Pier at Disney California Adventure.

Pixar Pier, the update that’s currently under construction throughout much of Paradise Pier, will open on June 23rd! Guest will enter Pixar Pier under a new marquee, which will eventually be topped by a Pixar lamp.

Chapek also shared that The Incredicoaster, which is replacing California Screamin’, will feature  “a super combination of character figures, lighting and special effects that will bring the Parr family racing alongside you in a high-speed adventure.“ The new float will feature your favorite characters and will include an technologically innovative way to bring Violet, Dash, and Jack-Jack (and their super powers) to life.