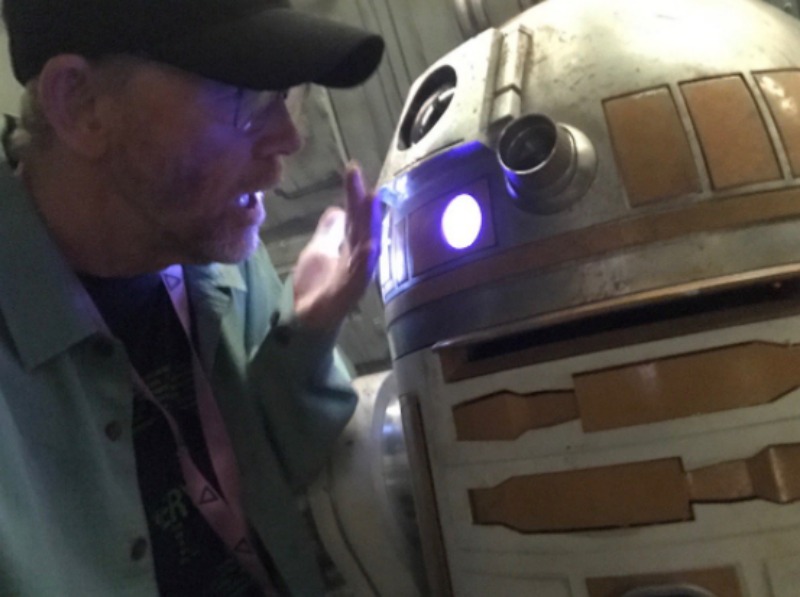 Ron Howard gave Star Wars fans a look at a new droid that will star in Disney’s upcoming film about a youthful Han Solo.

The new droid bares a resemblance to franchise regular R2-D2 but with a different silver, white, and gold look.

These droids can be so damn intractable. But we'll go until we get it right! #UntitledHanSoloMovie pic.twitter.com/tDR6EOW8pn

The photo is the newest teaser that Howard has shared on Twitter since he took over the director’s chair in place of Phil Lord and Christopher Miller who were relieved of their duties on the project over “creative differences.”

Howard assured fans that the movie is “coming along great” despite the change in directors in his recent interview with The Hollywood Reporter.

“It’s a fantastic script, a great cast and I am having a fantastic creative experience with it,” he said. “It’s a great young cast, incredibly strong – smart, funny people who love their characters and love being part of this. I think we’ll be able to do something that is a lot of fun.”