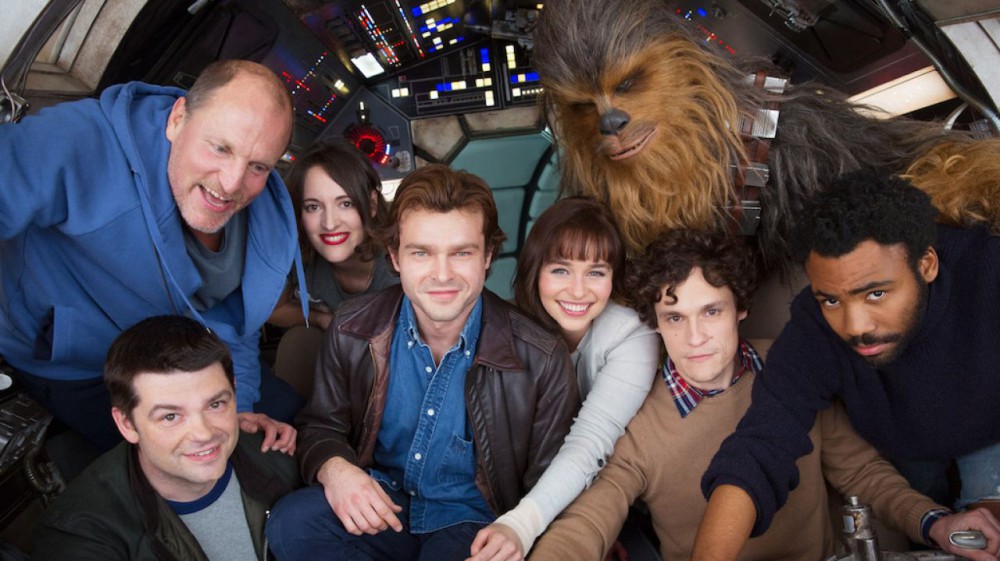 ShareTweetSubscribe
After just a day or so of speculation as to who the new director would be, The Hollywood Reporter has confirmed that Oscar winner Ron Howard has been named by LucasFilm as the new director of the still untitled Han Solo movie. Former directors Phil Lord and Chris Miller left the project earlier in the week citing "creative differences." With just over three weeks of principal photography left, Howard was the safe choice for the Star Wars project and expected to be a "calming presence" on the set. In the official confirmation, LucasFilm's Kathleen Kennedy said, "At LucasFilm, we believe the highest goal of each film is to delight, carrying forward the spirit of the saga that George Lucas began forty years ago. With that in mind, we're thrilled to announce that Ron Howard will step in to direct the untitled Han Solo film. We have a wonderful script, an incredible cast and crew, and the absolute commitment to make a great movie." Kennedy added that filming will resume next month. The movie is scheduled for a May 25, 2018 release. Sources: The Hollywood Reporter / Star Wars
ShareTweetSubscribe