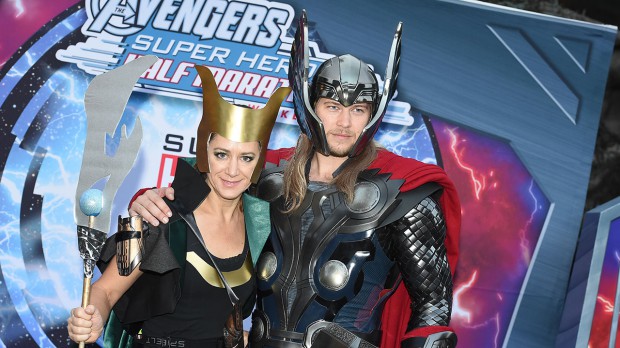 runDisney has revealed the designs for the collection of medals that will be awarded at this year’s Super Heroes Half Marathon Weekend to be held this fall at the Disneyland Resort.

The vintage style of the Captain America 5K medal, which was revealed a couple weeks ago, celebrates the 75th anniversary of Captain America, while The Eye of Agamotto inspires the medal for the Doctor Strange 10K. This year’s Kids Races medal feature your favorite neighborhood web-slinger, Spider-Man, and the medal for the Half Marathon itself features the Avengers “A” logo, with mini-logos of the Avengers on the lanyard.

For runners that complete both the Doctor Strange 10K and the Avengers Super Heroes Half Marathon, the Infinity Gauntlet Challenge medal will be waiting, featuring six Infinity Stones.

This year’s Super Heroes Half Marathon Weekend is scheduled for November 11 – 16, 2016.