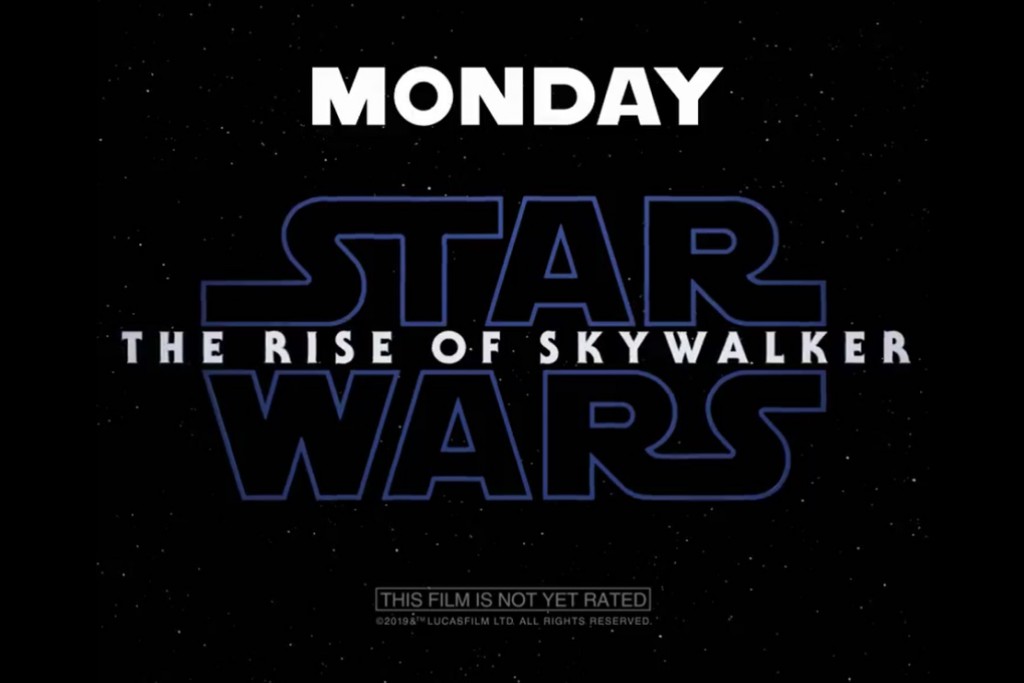 ShareTweetSubscribe
The final trailer for Star Wars: The Rise of Skywalker is set to be released during Monday Night Football this week. Tune in to ESPN to watch it for the first time live. The final part of the Skywalker saga hits theaters on December 20th. Tickets will go on sale following the release of the trailer.

The final trailer. Tune in to Monday Night Football on @ESPN to watch it live. #TheRiseOfSkywalker pic.twitter.com/sGW1RZ0FWX

The final @starwars trailer ... Coming soon to a Monday Night Football halftime near you pic.twitter.com/q7nvjpKPmg — NFL on ESPN (@ESPNNFL) October 19, 2019

The story of a generation comes to an end. ❤️ this Tweet to be one of the first to see the @StarWars: #TheRiseOfSkywalker final trailer on Monday! pic.twitter.com/cxUQh5wZ5M