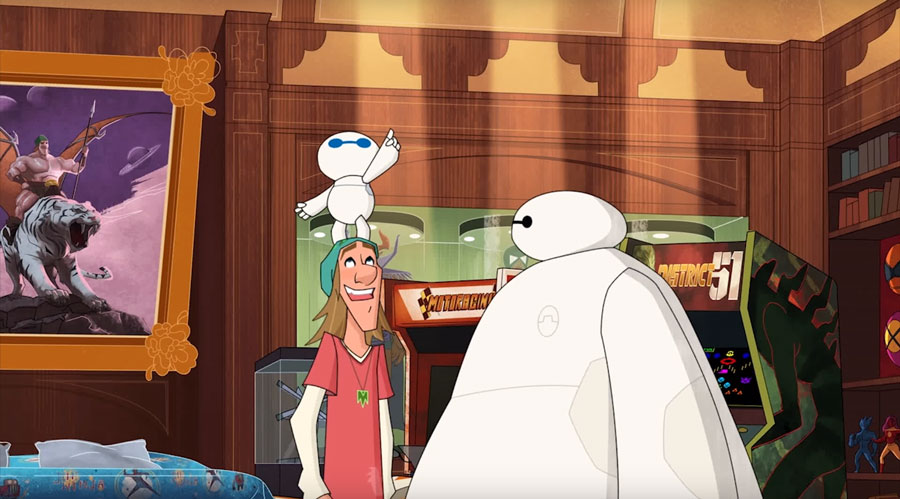 The creative minds and voices behind Disney Channel’s Big Hero 6: The Series gathered together today for their first-ever panel, where they added even more excitement to the roster of Disney animation announcements coming from this year’s San Diego Comic-Con.

What will probably resonate the most with fans of the series is the debut of Mini-Max, the small yet overzealous new robot accompaniment to the beloved Baymax. Debuting August 25th, Mini-Max is invented by Hiro (Ryan Potter) to serve and supervise Fred (Brooks Whelan) during the rest of the team’s classroom hours. The character will be voiced by John Michael Higgins.

Disney Channel has released a clip of the upcoming episode introducing the character (appropriately titled “Mini-Max”):

Big Hero 6: The Series creators also gave fans a sneak peek of another episode, which sees the characters portrayed in an unusual animation style for the series. “Fan Friction” — airing August 18th — sees the Big Hero 6 team reimagined chibi-style as part of fan fiction dreamed up by Karmi (Haley Tju).