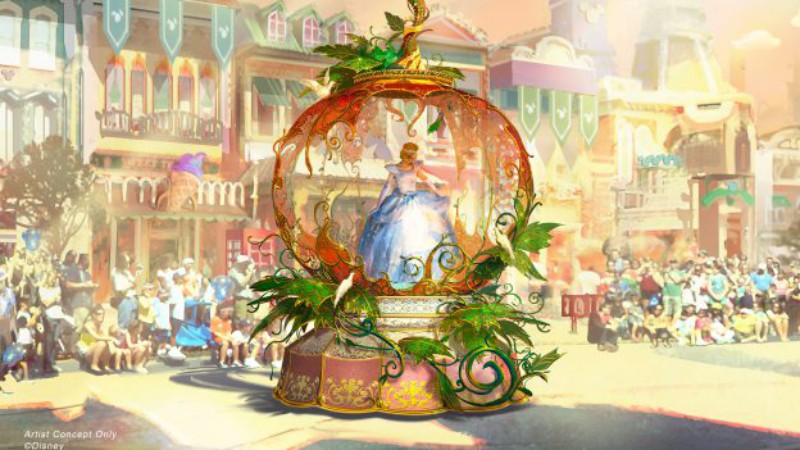 Disney has released concept art for even more floats that will be featured in the upcoming Magic Happens parade that debuts at Disneyland Park on February 28th. The new scenes feature some the magical moments that are part of the new entertainment offering.

Cinderella fans will be able to catch the transformation of the grand pumpkin into a glistening carriage before she is whisked off to the ball [above].

On The Sword in the Stone float, guests will cheer as young Arthur magically claims his place on the throne. 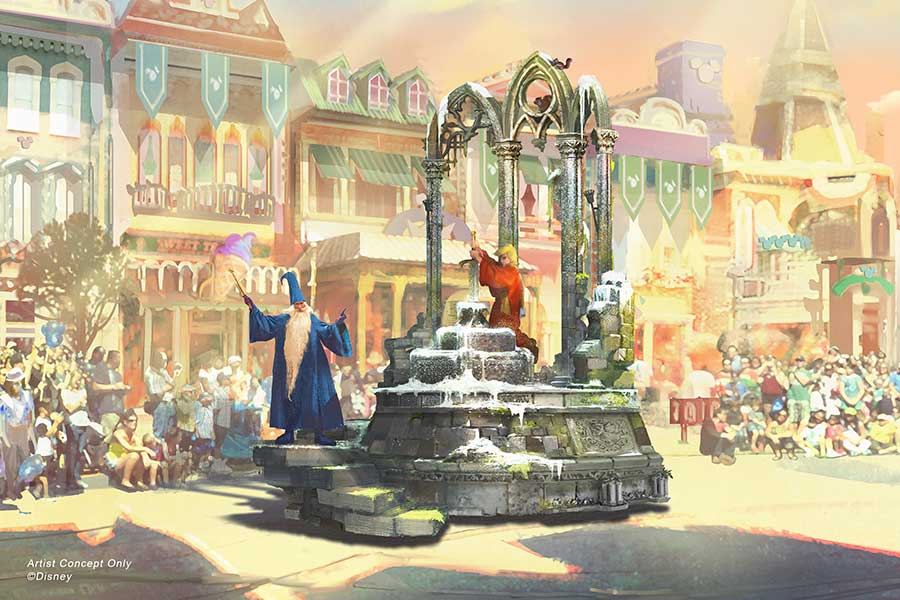 Guests will also catch the magical transformation of Prince Naveen and Tiana into their human forms on The Princess and the Frog float. 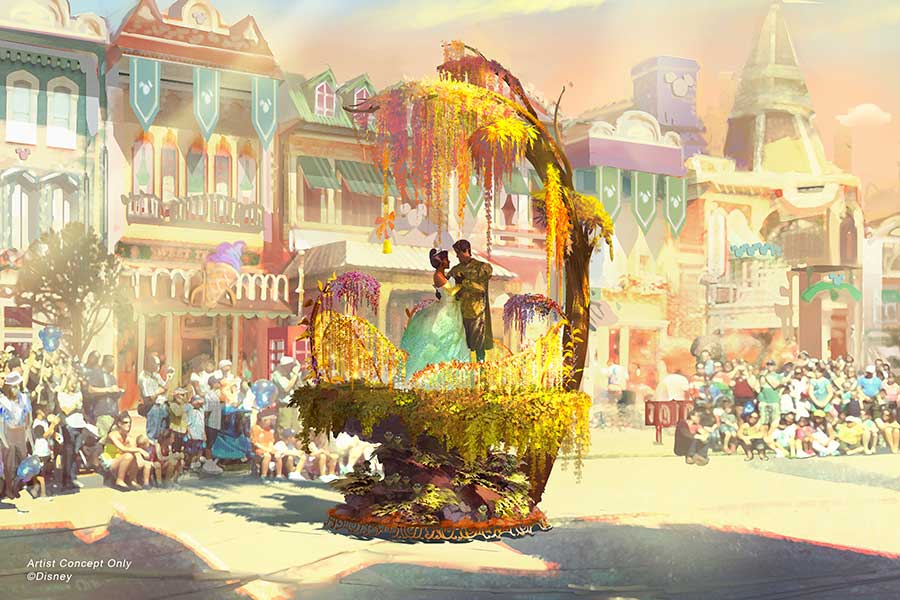 David Duffy, a Creative Director for Disney Live Entertainment, shares more from behind the scenes of Magic Happens: