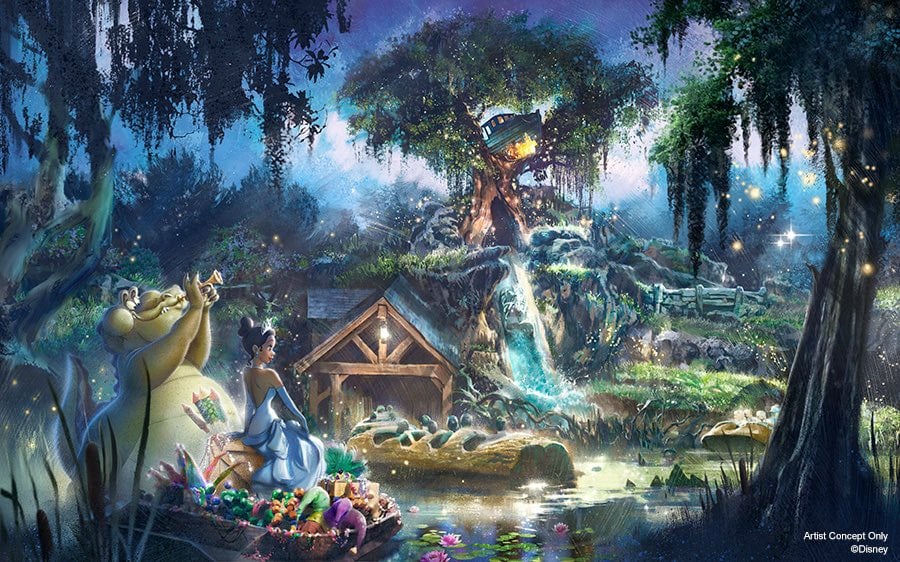 Disney has just announced that the beloved Splash Mountain attraction in both Walt Disney World‘s Magic Kingdom and Disneyland is going to undergo a complete re-theming.

The new theme, which has been in development for a year, will take on scenes from Disney’s Princess and the Frog film and will pick up the story “after the final kiss, and join Princess Tiana and Louis on a musical adventure – featuring some of the powerful music from the film – as they prepare for their first-ever Mardi Gras performance.”

Like Princess Tiana, I believe that courage and love are the key ingredients for wonderful adventures. I am delighted to be a part of bringing this fun-filled experience to our guests. For Imagineers, change is rooted in a tradition set by Walt Disney who encouraged new innovations, new ideas, new scenes and current storytelling. And the experiences they create can be enjoyed by guests who visit our parks from all over the world. And with this longstanding history of updating attractions and adding new magic, the retheming of Splash Mountain is of particular importance today. The new concept is inclusive… and it speaks to the diversity of the millions of people who visit our parks each year.”

At this time, the current iteration of Magic Kingdom’s Splash Mountain is still slated to open when the park reopens on Saturday, July 11th. No start date for the Princess and the Frog re-theming has been given.