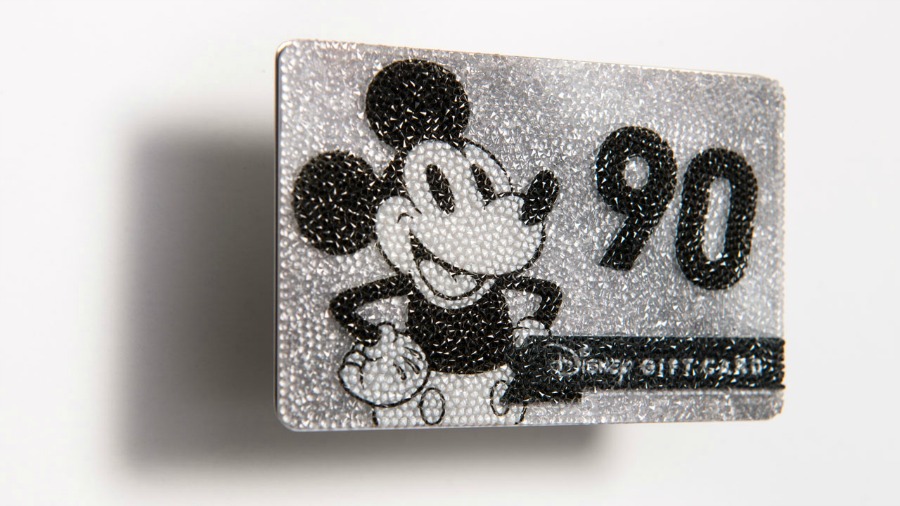 Disney fans who followed the coverage of the Destination D event last weekend may have seen that a select number of a commemorative Disney Gift Cards celebrating Mickey Mouse’s 90th Birthday were made available to D23 members in attendance.

The Disney Gift Card team worked with specialists from Swarovski to present this special gift card by doing something they have never done before. The specialists traveled to Austria to develop a new way to adhere crystals to the entire face of the card creating a whole lot of sparkle.

There are only 5,000 of these special, limited-edition cards which were “made with a metal core, encased in a protective plastic, and encrusted with over 2,500 premium Swarovski crystals.” The card comes in a custom box with a magnetic closure that’s ready to be displayed. The box displays the Disney Gift Card Collector’s Series insignia and includes a vellum certificate describing the grandeur of the card. 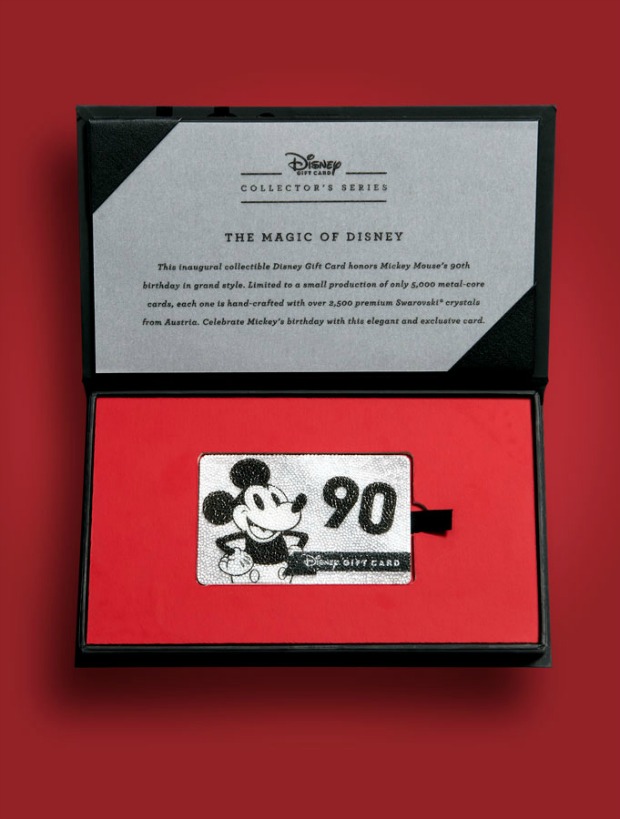 For $300, guests can purchase one of the gift cards loaded with $90 redeemable for practically all things Disney by scanning the barcode on the back. There is no magnetic strip on the card, so it will never be swiped. If carrying the card around with you is not something you’d like to do, you can transfer the $90 onto a standard Disney Gift Card easily by visiting DisneyGiftCard.com.

The Disney Gift Card Collector’s Series will be available for purchase beginning on December 4, 2018 at the locations below (while supplies last).