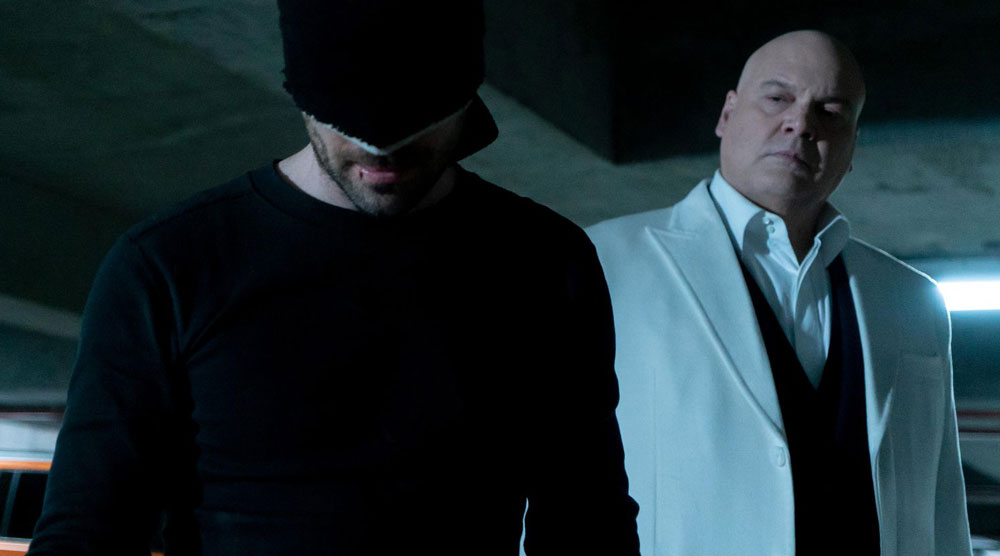 Hell’s Kitchen has lost its hero, and it wasn’t a criminal mastermind or ninja assassin that did him in — it was Netflix. Despite critical acclaim and audience appreciation, Marvel’s Daredevil has been cancelled after 3 seasons.

This comes as a surprise to many, especially as Charlie Cox and Vincent D’Onofrio — the show’s Matt Murdock and Wilson Fisk, respectively — have recently referenced a fourth season via Twitter.

In a statement to Deadline, Netflix said, “Marvel’s Daredevil will not return for a fourth season on Netflix. We are tremendously proud of the show’s last and final season and although it’s painful for the fans, we feel it best to close this chapter on a high note. We’re thankful to our partners at Marvel, showrunner Erik Oleson, the show’s writers, stellar crew and incredible cast including Charlie Cox as Daredevil himself, and we’re grateful to the fans who have supported the show over the years.”

While maybe the least expected, Daredevil is not the first Marvel show to get the ax from Netflix. It was previously announced that Luke Cage and Iron Fist will not be returning to the streaming service with new seasons.

Netflix’s decision to cancel such a popular show could stem from the cost to produce it and a strained relationship with Marvel. Daredevil is expensive to make, and Netflix could be putting that money into programming that it exclusively owns the right to and wouldn’t have to share profits with. According to Deadline, the show’s 13-episode seasons also became a point of contention, as Netflix asked for 10-episode seasons to fit in line with their current programming strategy and received pushback from Marvel.

As far as Daredevil’s future, Netflix has said, “While the series on Netflix has ended, the three existing seasons will remain on the service for years to come, while the Daredevil character will live on in future projects for Marvel.”

What future projects that statement hints at are up for speculation. It could be a reference to possible appearances by Charlie Cox’s Matt Murdock in the upcoming seasons of Jessica Jones and Punisher, Marvel programs that will most likely be cancelled as well once their newest seasons drop.

As Marvel is a Disney-owned property, Daredevil could potentially have a home on Disney+, their upcoming streaming service. Disney+ is already expected to feature series based on second-tier characters from the Marvel Cinematic Universe; a Falcon and Winter Soldier project is in the works, with the possibility of series set around Loki and the Scarlet Witch to come in the future.

This move would probably cause fans of the Netflix show to worry about a tonal shift away from the darker, grittier aspects of Daredevil. The streaming service’s programs have mostly kept their distance from the grand-scale superheroics of the greater MCU.

Regardless of if and when he shows his mask again, Matt Murdock is leaving Netflix. For those who haven’t seen it, the full 3 seasons of critically acclaimed storytelling — paired with compelling fight choreography and inspired dramatic performances — are still available to watch on the platform.

Whether you call him The Man Without Fear, the Devil of Hell’s Kitchen, or just plain Matt, it’s time to say our goodbyes to Daredevil.