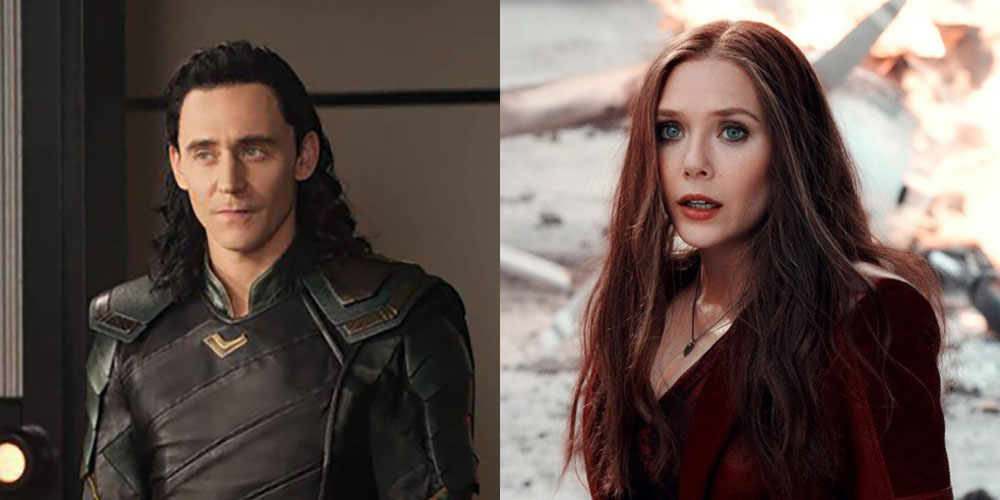 It is well known that Disney’s upcoming streaming service will have a significant Marvel presence when it launches in 2019, but a recent report suggests some unanticipated content for the platform which will focus on side characters from the MCU. According to Variety sources, standalone Marvel series will be created for the new streaming service for Loki, the Scarlet Witch, and other characters who haven’t had their own films — featuring the actors who portray them on the big screen.

While bringing the Marvel Cinematic Universe to the small screen isn’t unexpected or unique — ABC hosts Agents of Shield, while Netflix’s roster includes Daredevil, Jessica Jones, Luke Cage, Iron Fist, and The Punisher; all set within the MCU — this would mark the first instance where major motion picture characters, and the actors who play them, star in an episodic series. Giving fans the ability to see Tom Hiddleston’s Loki or Elizabeth Olsen’s Scarlet Witch in their own individual adventures could give Disney the upper hand when it comes to appealing to the large Marvel fan base it needs to gain subscribers.

President of Marvel Studios Kevin Feige is “expected to take a hands-on role” according to Variety; Marvel Studios will produce the series, with six to eight episodes expected for each one. ABC and Netflix will continue to broadcast their own MCU-set shows under the banner of Marvel TV.

Variety’s sources state that major players from the franchise’s blockbuster films will be absent from the standalone series, as these will focus on Marvel’s “second tier” characters, so it is unlikely fans will see cameos of Robert Downey Jr.’s Tony Stark or Chris Evans’ Captain America stopping in for a quick mid-episode chat.

Production costs for each series are still unknown at this point.

These new Marvel installments join a long list of scheduled projects to be released on the service. Disney has already announced plans for series based off its High School Musical and Monsters Inc. franchises, both of which have been overshadowed by news of a live-action Star Wars series to be directed by Jon Favreau which is projected to cost $100 million.