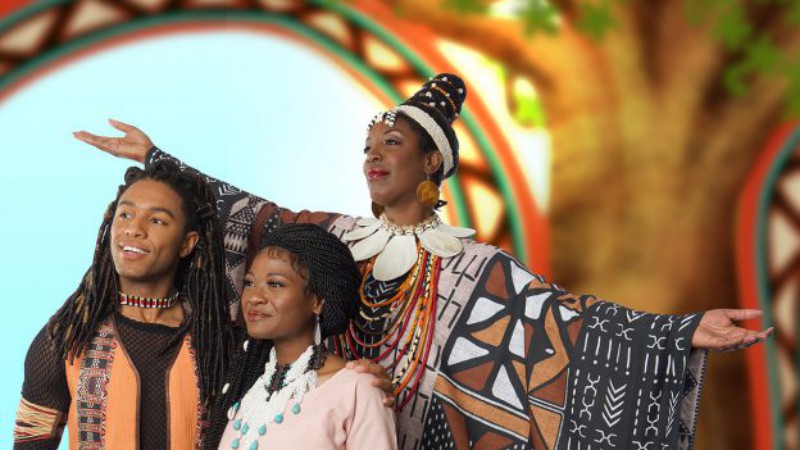 Disney California Adventure is now presenting Tale of the Lion King several times each day on the Palisades Stage. The show features several popular songs from the animated classic, with live singing and drumming.

Mwongozo, whose name means guide in Swahili, is the narrator and leader of the Storytellers of the Pride Lands, a group of 18 performers who tell the tale of Simba in story-theater style, using language, song, and dance. 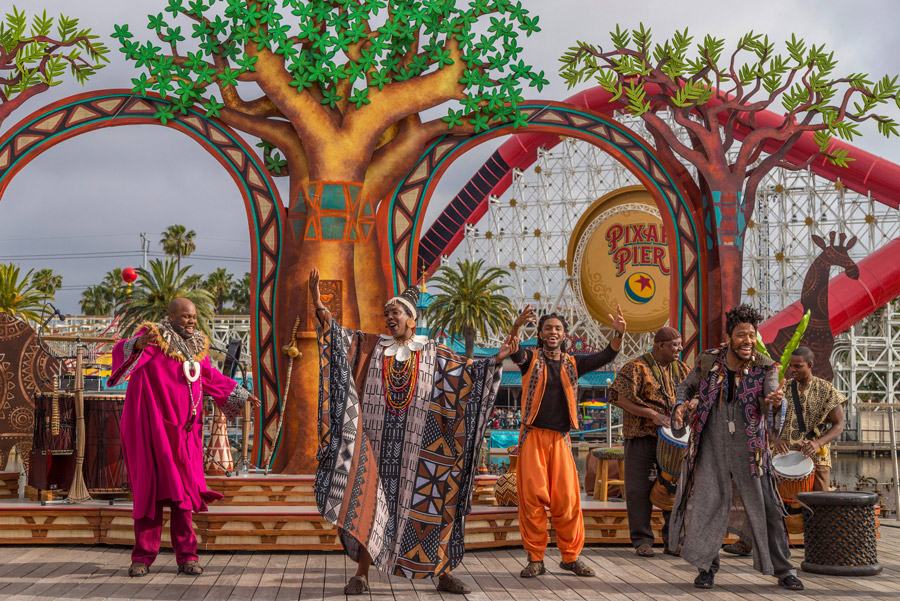 “The approach that we’ve taken with ‘Tale of the Lion King is that this is a story that was passed on from generation to generation, and now it’s come here to Disney California Adventure park. The Storytellers of the Pride Lands have come to share this ancestral story of how a cub became a king.”

Tale of the Lion King will be presented throughout the summer in Paradise Gardens Park.