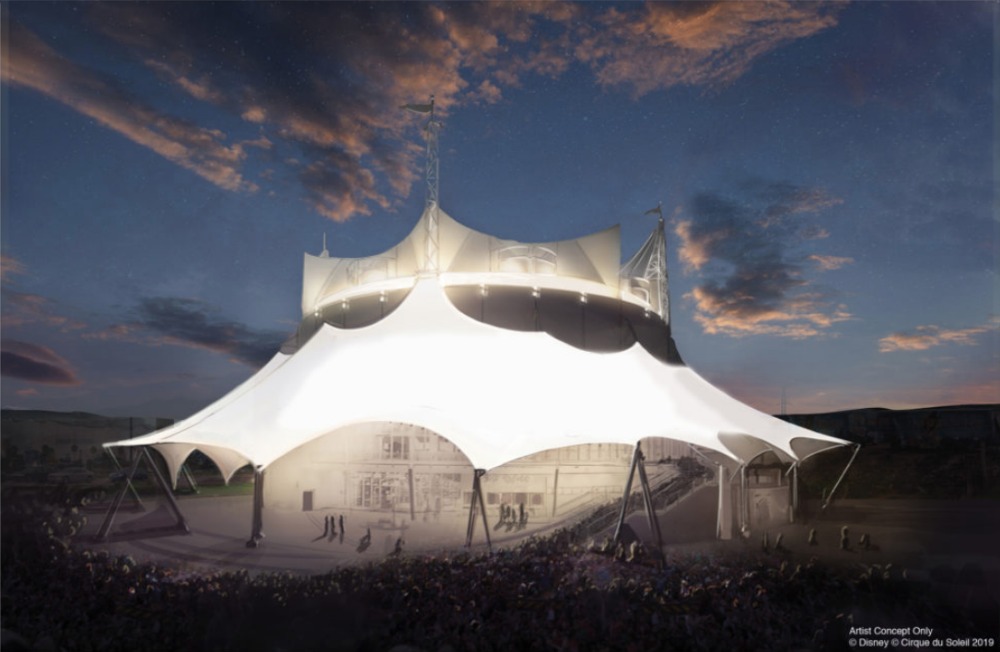 Tickets are now on sale for the highly anticipated new show coming to Disney Springs at the Walt Disney World Resort. The new production has yet-to-be-named, but a collaboration between Cirque du Soleil, Walt Disney Animation Studios, and Walt Disney Imagineering will open for previews March 20, 2020, and officially premiere April 17, 2020. The show will make its home at Disney Springs.

This original creation celebrates the art of Disney animation in Cirque du Soleil’s signature way, with a tribute to the craftsmanship that makes Disney so extraordinary. It will transport the audience into the world of Disney animation with new original acrobatic sequences, dazzling choreography, musical masterpieces, and whimsical characters.

We have joined forces with Walt Disney Imagineering and Walt Disney Animation Studios to create a show that combines Disney animation and heart with the unique artistry and theatrical sensibility of Cirque du Soleil. We are honored to be the first company trusted to work and create around these classic Disney characters in this unique way.

“For more than 60 years, we’ve been bringing Disney stories and characters to life in our theme parks around the world,” said Bob Chapek, Chairman of Disney Parks, Experiences and Products. “Now our teams at Walt Disney Imagineering and Walt Disney Animation Studios have joined with Cirque du Soleil to create an entirely new experience that will wow Walt Disney World guests and bring timeless, enchanting Disney stories to life in an unforgettable new way.”

Cirque du Soleil Entertainment Group and Disney Parks, Experiences and Products first teamed up to bring La Nouba to the stage at Disney Springs (then Downtown Disney) in 1998. Twenty years later, the two organizations are excited to be working together on a new project.

Ticket pricing and information can be found HERE.