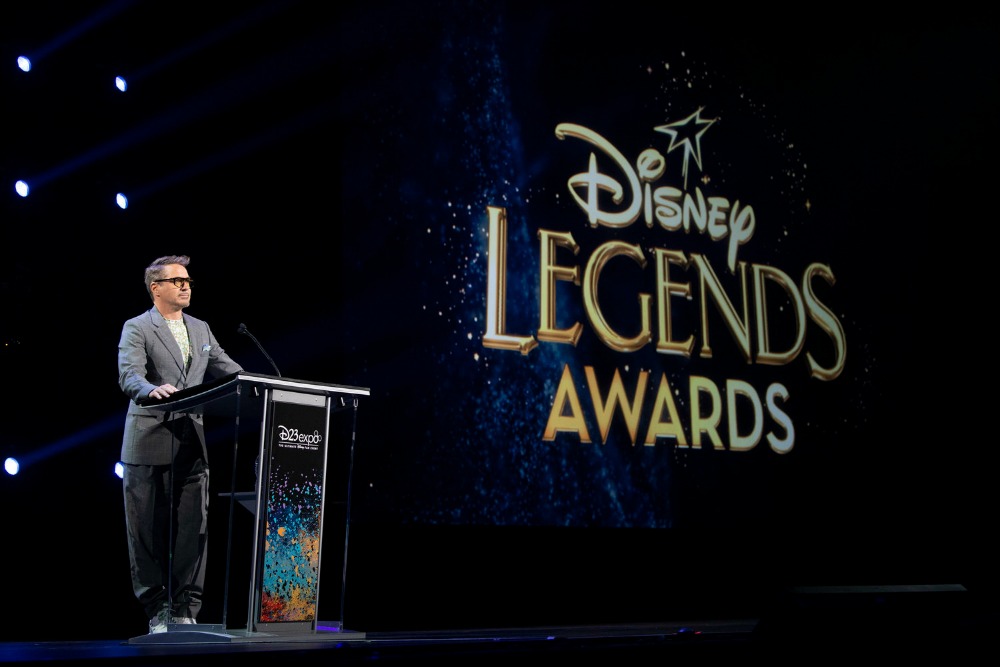 The Disney Legends Awards program is a 32-year tradition of The Walt Disney Company, and the first Disney Legend was Fred MacMurray (The Shaggy Dog, The Absent-Minded Professor, The Happiest Millionaire), who was honored in 1987.

The Disney Legends Award is the highest honor we can bestow; it’s a recognition of talent, a celebration of achievement, and an expression of profound gratitude to the remarkable men and women who have made an indelible mark on our company and our creative legacy. This year’s honorees have earned a place in our hearts and our history for their significant contributions in film, television, and our theme parks around the world. 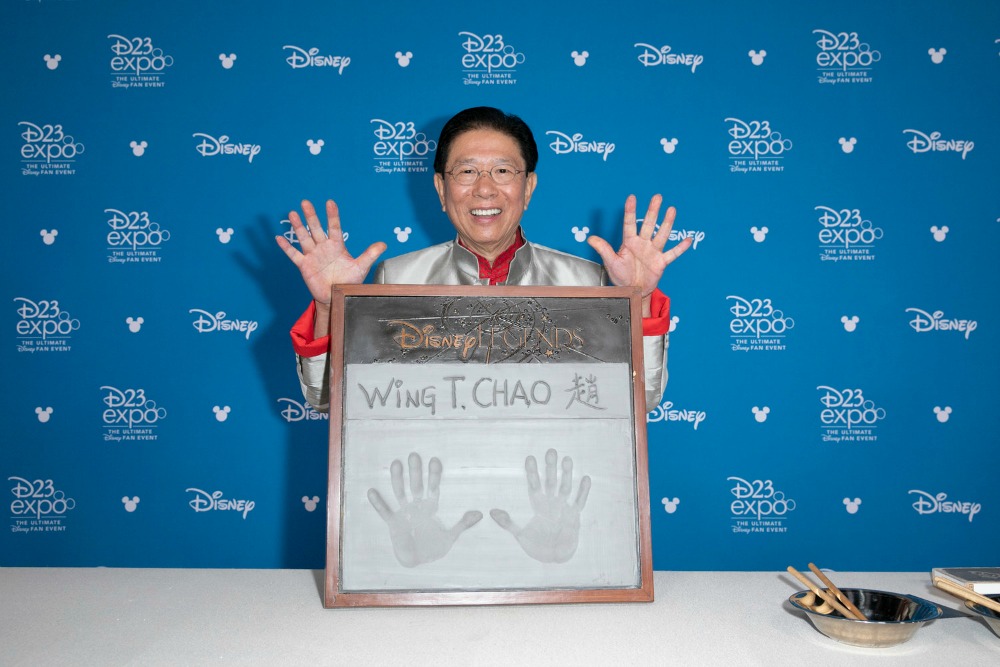 Robert Downey Jr. is a two-time Academy Award® nominee and Golden Globe® winner who has appeared in more than 80 films. Considered one of the industry’s most talented and respected actors, Downey has embraced both dramatic and comedic roles, including his Disney debut in the 2006 remake of The Shaggy Dog. After numerous standout performances, Downey then went on to help launch Marvel Studios with his celebrated performance as Tony Stark in Iron Man. His role has spearheaded the iconic blockbuster franchises Iron Man and Avengers, for which he’s starred in three Iron Man films, The Incredible Hulk (2008), Captain America: Civil War (2016), and Spider-Man: Homecoming (2017); and four Avengers films, including the most recent, Avengers: Endgame (2019), which shattered box office records and became the largest ever film debut, bringing in $1.2 billion worldwide in its opening weekend. Downey will next star in the title role in 2020’s The Voyage of Doctor Dolittle and is in pre-production on the third installment of the successful Sherlock Holmes franchise. 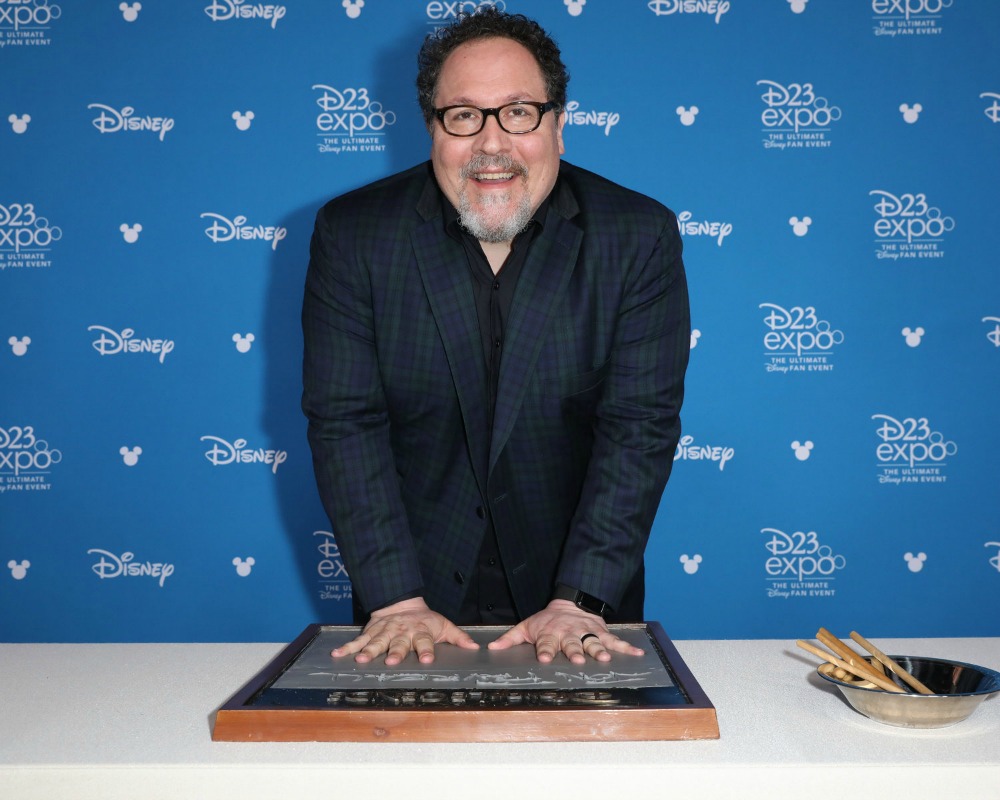 Jon Favreau started his career with appearances in film and television and has since become one of Hollywood’s most successful producers and directors. Jon’s first roles included appearances on TV shows such as Seinfeld and Friends, but his big break came with the Miramax indie film Swingers (1996), for which he wrote the screenplay, starred, and co-produced. His directing credits include Iron Man (2008), Iron Man 2 (2010), the live-action remake of The Jungle Book (2016), and this year’s reimagining of The Lion King. Jon also made appearances in several Marvel Cinematic Universe films as Tony Stark’s loyal bodyguard, Happy Hogan. As an executive producer for the Marvel Studios, John holds credits on such films as Iron Man (2008), Iron Man 2 (2010), Iron Man 3 (2013), Marvel’s The Avengers (2012), Avengers: Age of Ultron (2015), and Avengers: Infinity War (2018). He has also voiced characters for Disney television shows and feature films, including Hercules (TV, 1999), Buzz Lightyear of Star Command (TV, 2000), G-Force (2009), Star Wars: The Clone Wars (TV, 2010–13), and Solo: A Star Wars Story (2018). Jon is writing and executive producing the live-action Star Wars series The Mandalorian for Disney+, which will premiere this November.

James Earl Jones started his acting career with television and film roles, including appearances in As the World Turns (1966) and Dr. Strangelove (1964). But the Oscar®, Emmy®, and Tony® Award-winning actor is well known for his iconic voice acting, beginning with the role of Darth Vader in Star Wars: A New Hope (1977). This villainous vocal performance was reprised in subsequent Star Wars films, including most recently in Rogue One: A Star Wars Story (2016) and TV shows like Star Wars Rebels (2014–18). His voice can also be heard in Disney Parks around the globe, including recurring vocal performances as Darth Vader for Star Tours: The Adventures Continue. Other Disney credits include ABC’s Recess in 1998 as the voice of Santa Claus, narrator for the Disneynature film Earth (2009), segment host for Fantasia/2000 (2000), and as the celebrity narrator for the Candlelight Ceremony at Disneyland. Audiences also recognize the actor’s basso profundo as that of Mufasa in The Lion King (1994), a role James would return to in The Lion King 2: Simba’s Pride (1998), The Lion Guard: Return of the Roar (2015), and this summer’s reimagining of The Lion King. 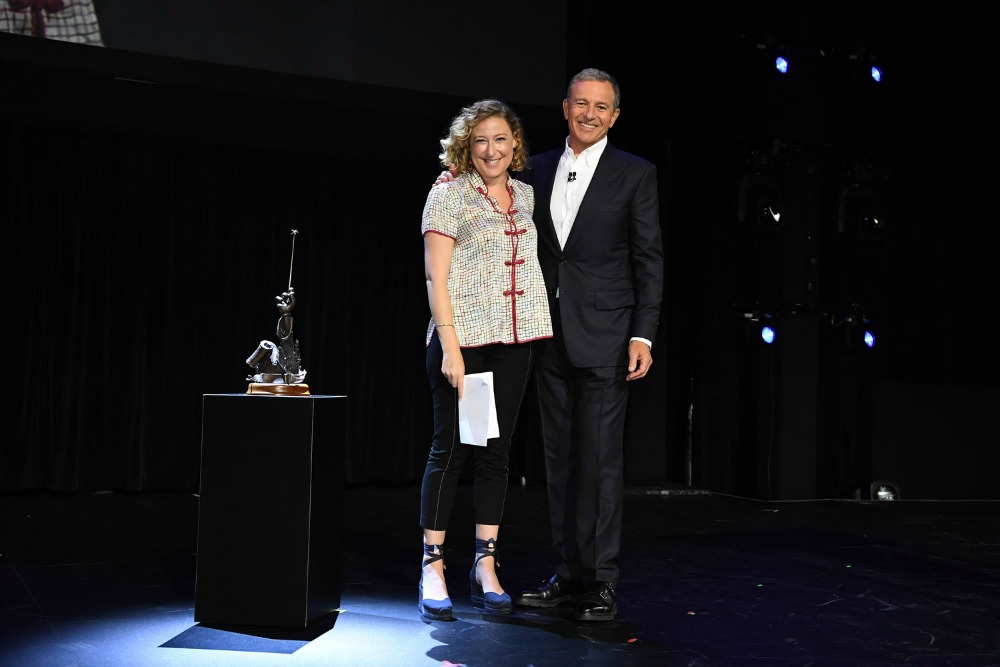 When the Disney studio set out to expand the breadth of its film production with Touchstone Pictures, it was Emmy®, Grammy®, Golden Globe®, and Tony® winner Bette Midler who helped lead the way to box office success for the new division. She appeared in a string of hit comedies including Down and Out in Beverly Hills (1986), Ruthless People (1986), Outrageous Fortune (1987), and Big Business (1988). Touchstone’s 1988 drama  not only proved to be a smash with audiences, but it also included Bette’s platinum-selling rendition of Wind Beneath My Wings. Other Disney films followed, including Stella (1990) and Scenes from a Mall (1991), as well as a memorable vocal performance as the spoiled poodle Georgette in Oliver & Company (1988). Bette is well known to Disney audiences for her role as the witchy Winifred in the perennial Halloween classic Hocus Pocus (1993). She also starred in The Lottery (1989), a short film produced for the Disney-MGM Studios Theme Park (now Disney’s Hollywood Studios) in Florida for guests of the park’s Backstage Studio Tour.

Unfortunately, Bette couldn’t make it to the ceremony due to weather, but her daughter accepted the award on her behalf and did a beautiful job reading her acceptance speech. 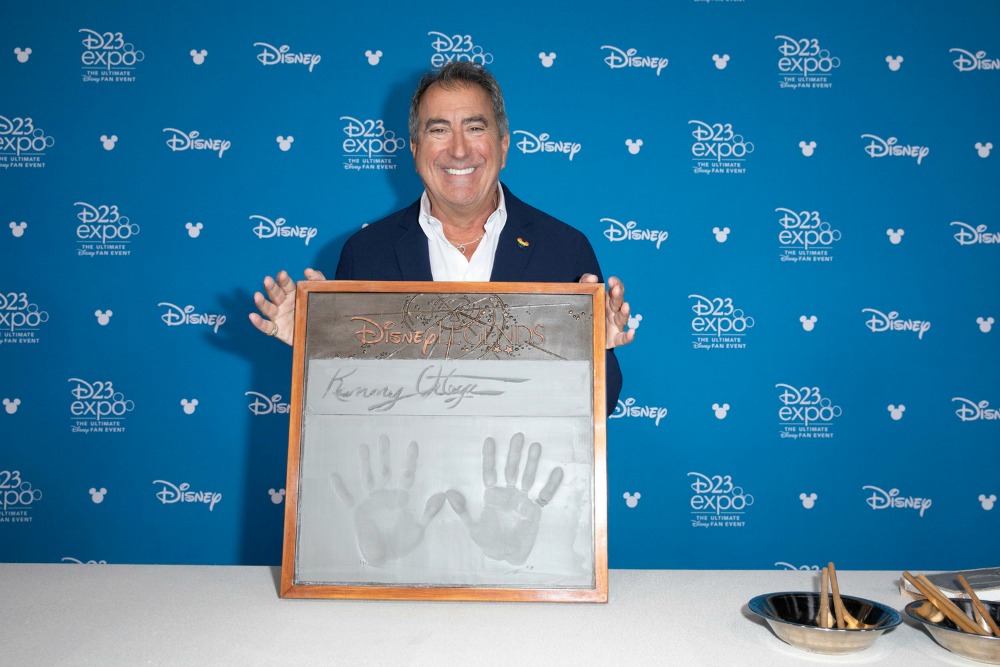 Kenny Ortega is a multi-award-winning director, choreographer, and producer. His first work with Disney was choreographing the TV special Disney’s Totally Minnie (1988), followed by Mickey’s 60th Birthday the same year, and he would go on to direct three episodes of Touchstone Television’s Hull High in 1990. In 1992, Kenny directed his first feature film, the beloved Disney musical Newsies, which was followed, in 1993, by the perennial Halloween favorite Hocus Pocus. In 2006, he helmed the Disney Channel smash hit High School Musical, and the success of the first film would bring him back to direct—and choreograph—the sequels High School Musical 2 (2007) and High School Musical 3: Senior Year (2008). Ortega also produced and staged the High School Musical Concert Tours, as well as the Miley Cyrus and Jonas Brothers Best of Both Worlds Tour. His other Disney credits include directing the 2014 short The Making of Frozen, The Cheetah Girls 2 (2006), and most recently the international phenomenon Descendants (2015), Descendants 2 (2017), and Descendants 3, which will be released this summer. 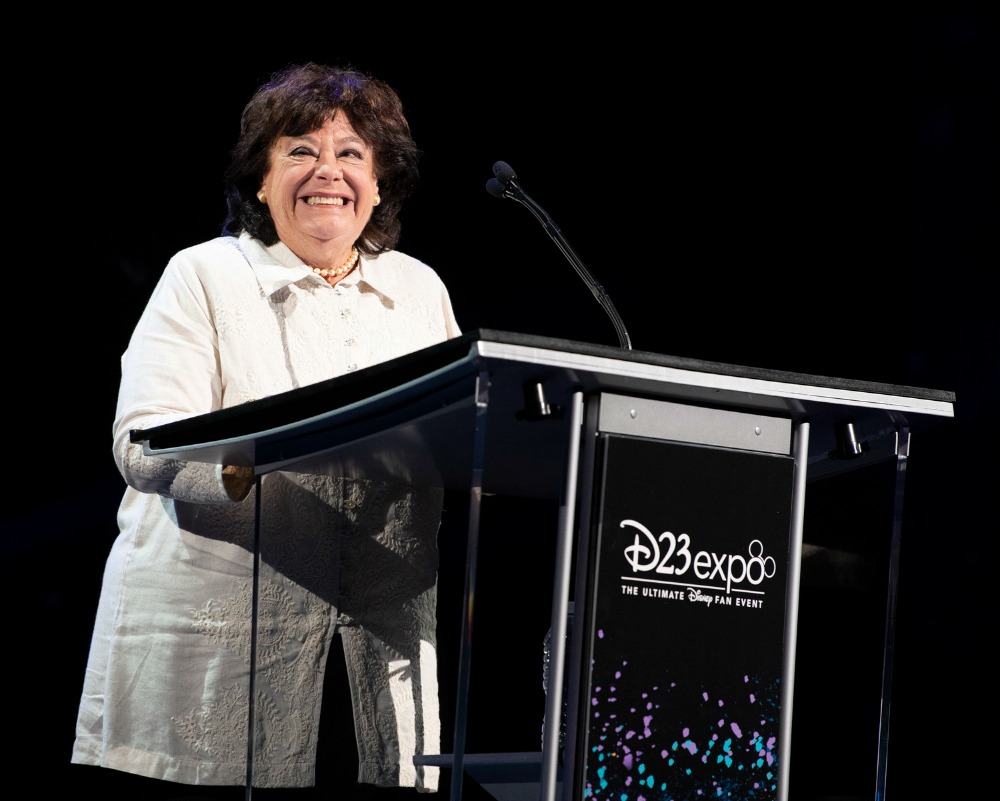 Barnette Ricci started her career with The Walt Disney Company as a choreographer at Disneyland. In the late 1960s, Barnette created and directed Kids of the Kingdom before going on to choreograph and direct many parades, including Christmas parades, America on Parade, and the Main Street Electrical Parade. She worked on the grand openings of Walt Disney World, EPCOT Center, and Tokyo Disneyland and directed popular stage shows such as Golden Horseshoe Revue at Disneyland and the Diamond Horseshoe Revue in the Magic Kingdom at Walt Disney World Resort. Perhaps her biggest project to date is the creation of Fantasmic! Debuting at Disneyland in 1992, the production combines state-of-the-art special effects with live performers along the Rivers of America. The show continues a successful run at Disneyland, Disney’s Hollywood Studios at Walt Disney World, and now Tokyo DisneySea. Following Fantasmic!, Barnette moved to The Walt Disney Studios as the vice president/show director of Special Events. After more than 40 years with The Walt Disney Company, Barnette retired in 2013. 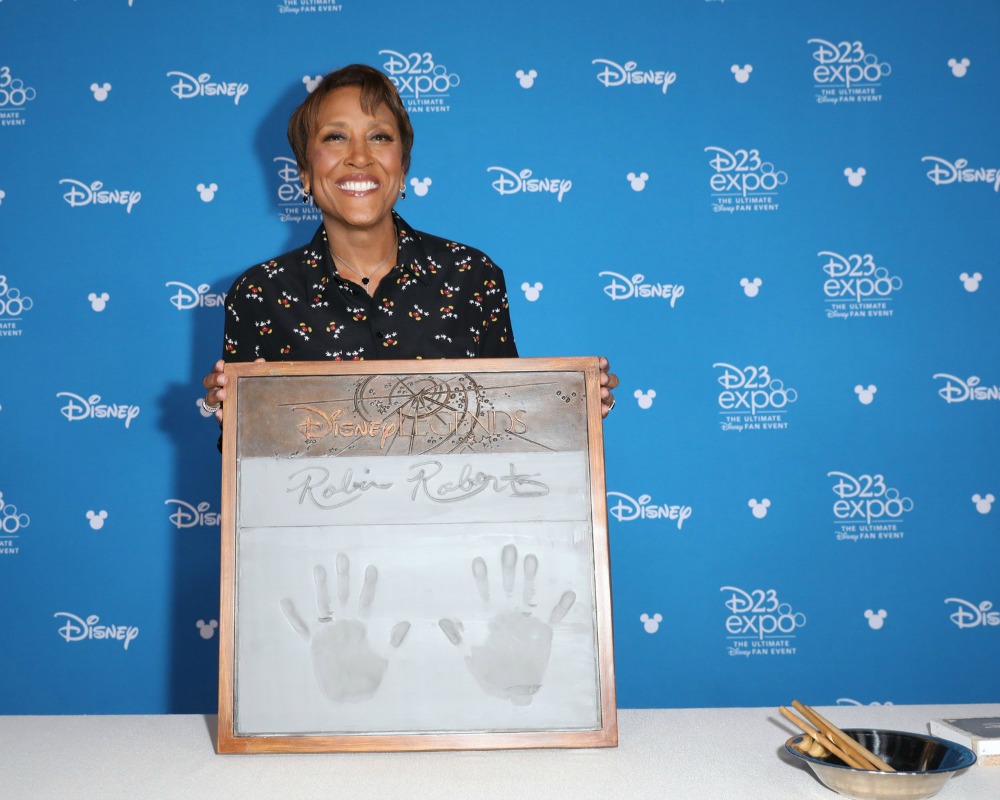 In 1990, Robin Roberts joined ESPN and would quickly become a frequent contributor to the network’s programming. In her 15 years at ESPN, she contributed to NFL Primetime and hosted SportsCenter and In the Game with Robin Roberts. Robin began making appearances on ABC’s Good Morning America (GMA) in 1995, and in 2005 left ESPN to join the show full-time as co-anchor. Since joining GMA, the show has won four Emmys® for Outstanding Morning Program. For ABC, Robin has hosted In the Spotlight with Robin Roberts: All Access Nashville, as well as ABC’s red carpet coverage of the Academy Awards®, and has created original broadcast and digital programming for the network through her production company, Rock’n Robin Productions. In 2007, Hyperion publishing released Robin’s first book, From the Heart: 7 Rules to Live By. Among Robin’s many awards are the Walter Cronkite Award for Excellence in Journalism, membership in the Broadcasting & Cable Hall of Fame, and being named one of Glamour’s Women of the Year. 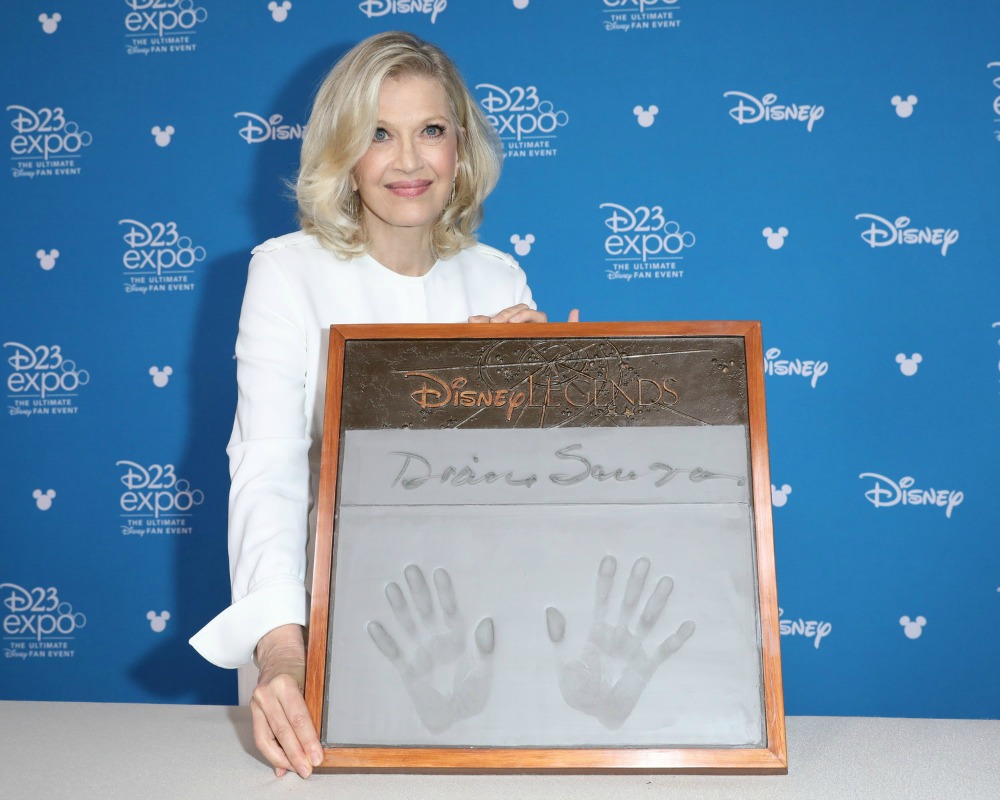 Diane Sawyer is an ABC News anchor, tackling some of the biggest issues of our time with original reporting, primetime specials, long-form interviews, and in-depth investigations. One of the most respected journalists in the world, she has traveled the globe delivering breaking news reports, and has conducted interviews with almost every major newsmaker of our time. Her primetime documentaries have won critical acclaim for shedding light on difficult and previously under-reported topics, including her reporting on the realities of poverty in America. Sawyer’s reporting has been recognized with numerous awards, including duPonts; Emmys®; Peabodys; the grand prize of the premier Investigative Reporters and Editors Association, an IRTS Lifetime Achievement Award; and the USC Distinguished Achievement in Journalism Award. In 1997 she was inducted into the Television Academy Hall of Fame. After more than a decade in television news, Sawyer joined ABC News in February 1989 as co-anchor of Primetime. She was named co-anchor of Good Morning America in January 1999, and held the post until taking over the World News anchor chair in December 2009. 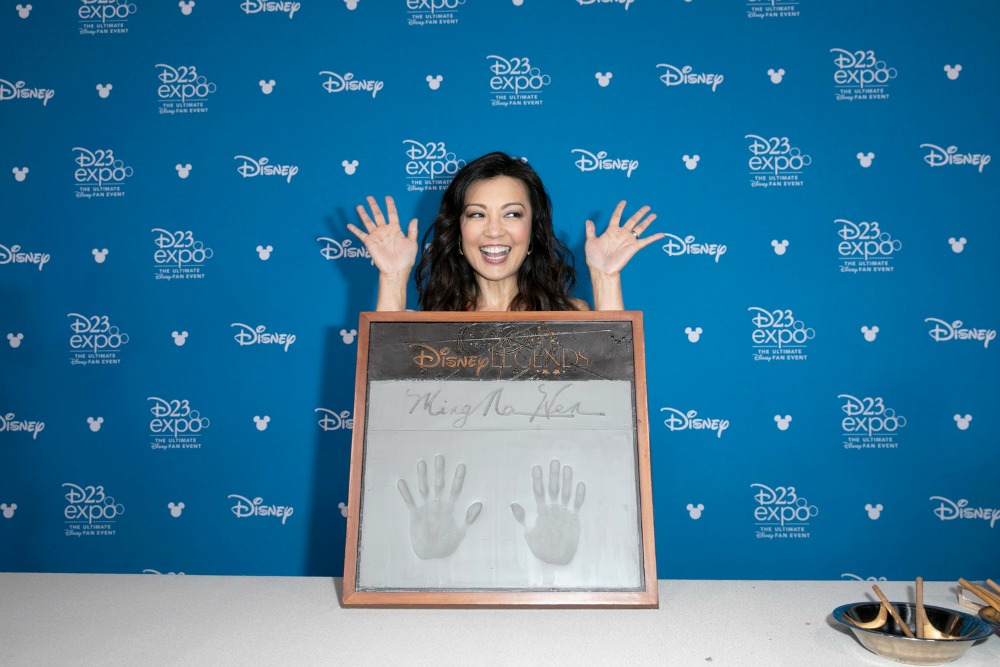 Ming-Na Wen can currently be found saving the day as Agent Melinda May, aka “The Cavalry,” on the ABC series Marvel’s Agents of S.H.I.E.L.D. Ming is also known for her seven years playing Jing-Mei Chen on ER. Ming-Na Wen found success on the big screen when she appeared in the acclaimed Hollywood Pictures adaptation of Amy Tan’s The Joy Luck Club. Five years later, she would find animation immortality as the title star of the Disney classic Mulan, a role for which she would receive an Annie Award. Ming-Na returned to the role of heroic Fa Mulan in a slew of projects, including an animated sequel, videogames Kingdom Hearts II and Disney Infinity, on television’s House of Mouse and Sofia the First, and in the Walt Disney Animation Studios film Ralph Breaks the Internet (2018). Ming-Na has been well known to audiences for her television projects, including her voice work in Disney Channel’s Phineas and Ferb, Disney XD’s Guardians of the Galaxy and Milo Murphy’s Law, the upcoming six-part digital short Marvel Rising: Secret Warriors, and a recurring role in ABC’s Fresh Off the Boat. 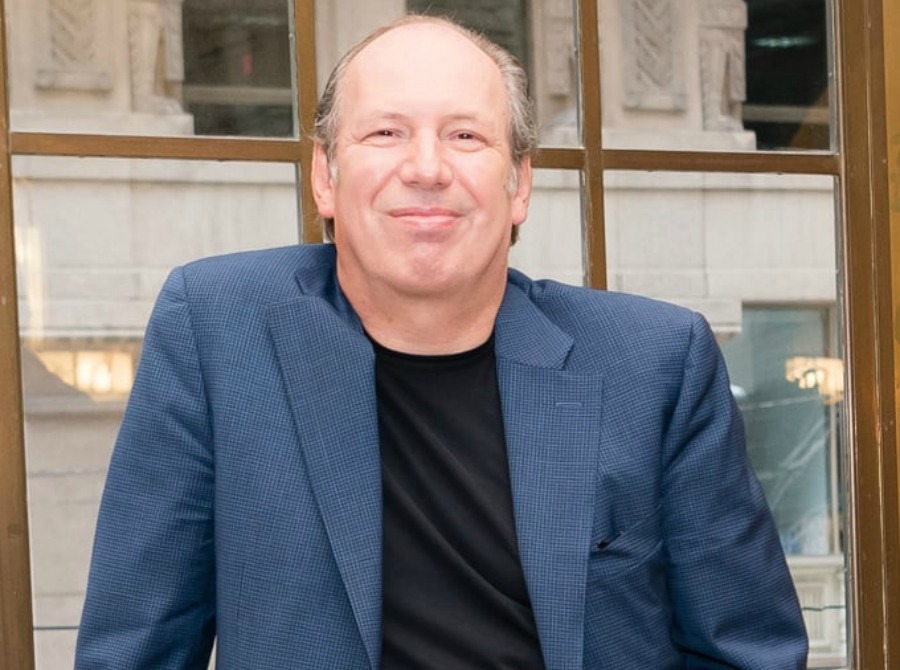 Hans Zimmer has scored more than 160 projects which, combined, have grossed over $28 billion worldwide. Zimmer has been honored with an Academy Award®, two Golden Globes®, three Grammys®, an American Music Award, and a Tony® Award. In addition to his long list of credits, including notable projects such as Gladiator and The Dark Knight trilogy, Hans has had a great history with The Walt Disney Company. His early work for them includes additional music for White Fang (1991) and co-writing music for Cool Runnings (1993). His groundbreaking, Academy Award®-winning instrumental score for The Lion King (1994) was followed by many memorable projects, including Crimson Tide (1995), Muppet Treasure Island (1996), The Rock (1996), Pearl Harbor (2001), King Arthur (2004), and Iron Man (2008). Hans is the guiding force behind the music of the Pirates of the Caribbean franchise, serving in various composing, editing, and producing capacities for The Curse of the Black Pearl (2003), Dead Man’s Chest (2006), At World’s End (2007), and On Stranger Tides (2011). Hans composed the music for this summer’s reimagining of The Lion King.