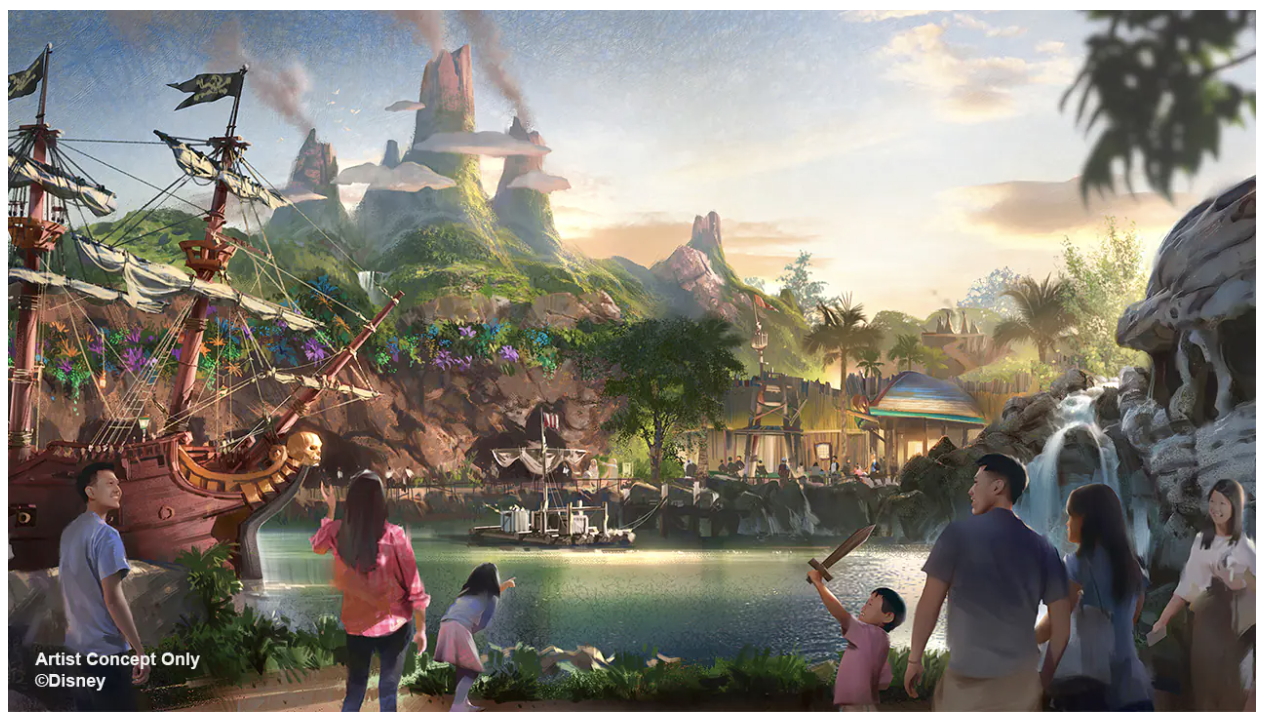 I love seeing the different Disney parks around the world evolve and bring more stories to life. Each is inspired by its own culture and takes a different approach in manifesting the Disney atmosphere, which is part of why each is so unique to visit. Yesterday, Tokyo Disney announced three new and immersive worlds you will be able to discover at Tokyo Disney Resort’s NEW port, Fantasy Springs, in Tokyo DisneySea. The Japanese-based Disney branch excitedly revealed that Frozen Kingdom, Rapunzel’s Forest, and Peter Pan’s Never Land would join the already impressive lineup of themed areas in the region’s second-born park. The newly expanded area has adapted designs Inspired by the Walt Disney Animation Studios films “Frozen,” “Tangled,” and “Peter Pan,” and is expected to open in the spring of 2024.

Set after the events of “Frozen,” snow-capped mountains featuring several cascading waterfalls will tower over this quaint village. In the distance, Elsa’s snow-covered ice palace will glisten proudly as you step into the all-new immersive world of Frozen Kingdom.

Practically a dream, you’ll soon be able to experience “Tangled” as it comes to life in Rapunzel’s Forest. Rising from the ground, the tower where Rapunzel lived as a child will overlook this new area. At night, it will illuminate the surrounding forest in addition to lamps lining the paths, a glowing restaurant, and boathouse windows with lanterns hanging from the boats.

You’re invited to never grow up in Peter Pan’s Never Land, where the world of “Peter Pan” unfolds. With just a little bit of pixie dust, join the ranks of the Lost Kids, explore a pirate ship, dine in a secret hideaway, confront pirates or visit Pixie Hollow, the fairy valley where Tinker Bell lives.

Do you know what this means? I will have to mosey on to Tokyo in late Spring of 2024, so I can check out this epic expansion in person. It will undoubtedly be completed with the most incredible attention to detail, just like the rest of the Tokyo Disney Resort.