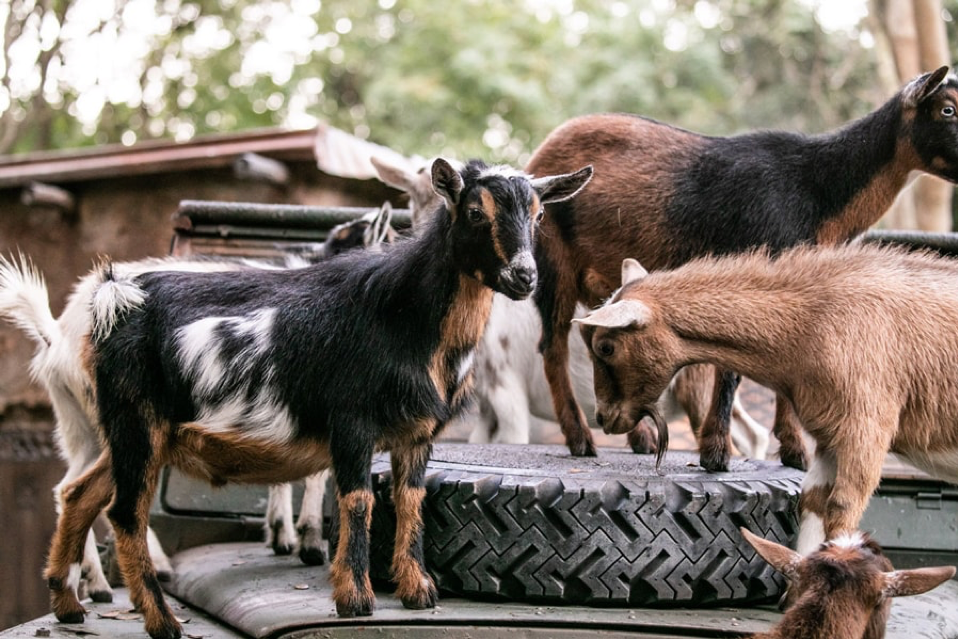 We continue our journey through the Harambe Wildlife Reserve in Animal Kingdom’s Africa. As we journey past the shaded glen where the cheetah keeps watch, we will enter lion country and head back to the warden’s outpost. First, we turn a corner and see an imposing collection of rocks known as a kopje.

The kopje, where the lion asserts its domain, is an impressive site. The Serengeti stretching through Tanzania and Kenya, host these granite outcrops formed when volcanic rock and ash eroded. The granite which remains is heavily resistant to erosion. Plants have adapted to grow through cracks, and this foliage provides food and nutrients to many animals. Nooks and hallows amongst the rocks store water, and all manner of life find homes where they can.

Lions love kopjes. Elevated rocks are great places to warm up in the sun in the morning or evening. These vantage points make prey more visible, so animals like zebra may avoid them. Typically, these cats are mostly seen sleeping on flat surfaces toward the front. Lions weigh between 270 and 570 pounds and are found throughout grasslands on the African continent. They are the only cat to live in social groups called prides, which can number about three to thirty. These big cats rest up to 21 hours a day. Lions are fierce predators whose roar can be heard up to five miles away.

After the imposing kopje of the lion, we must shift our gaze downward to the burrow of the Warthog. The Warthog is not endangered, but its population is still at risk due to habitat loss and conflict with farmers. Warthogs are food for lions, painted dogs, eagles, and more. Running at speeds of up to 34mph, they can run out of the burrow at high speeds to avoid prey. They will often look for abandoned spaces to call home, like aardvark holes or natural burrows, where they can remain comfortable despite temperature extremes on the savanna.

Guests will typically see them eating, kneeling on their front legs. Their legs are relatively long, while their neck is short. Kneeling on their front knees allows them to dig for food and eat. They may shuffle along in that position if tasty morsels abound in the area. Warts are prominent in males only, and the skin growths are mainly around the head and eyes. They absorb blows sustained when they fight with other warthogs for mates.

Walking around this area amongst White rhinoceros is the ostrich. Ostriches are the largest bird in the world. They almost went extinct in the 18th century due to the popularity of their feathers in women’s fashion. Farming of the birds, which began in 1838, saved the species. They are flightless and use their wings to balance when they run and for displays when courting a mate. Living throughout sub-Saharan Africa, the ostrich is the fastest-running bird in the world, running at speeds of 30-37mph and sprinting up to 43mph. Kilimanjaro Safaris is not the first time an ostrich has appeared in a Disney park. An ostrich was present for the opening of Disneyland’s Swiss Family Treehouse in 1962.

Bontebok is a rare antelope with a striking brown coat and white markings throughout their body. Their fur can have a purplish hue, a color rare in mammals. Only 17 bonteboks were left in the world when a farmer built a fence around the remaining population on his property. These animals cannot jump, and therefore the fence worked. They rely on protected areas for continued survival, like Bontebok National Park in South Africa.

As we approach the exit of the Harambe Wildlife Reserve, we pass the warden’s outpost. While the warden is out on the reserve, their Nigerian dwarf goats are holding down the fort! Added in December 2020 are miniature goats native to West Africa, now domesticated. These goats are present around the world. Their milk is higher in butterfat and protein than other breeds of goat. Due to their small size, they do not need as much food or space as other goats. Nigerian dwarf goats eat berries, weeds, and ivy that other species do not, helping to care for the areas in which they live. Suitable to many climates and friendly, goats can be pets however require a lot of care and attention (as all pets do).

Income from goat milk products dissuades those who live near the reserve from relying on wildlife for sustenance. Guests can pet these friendly and hardy animals at Rafiki’s Planet Watch’s Affection Section. Rafiki’s Planet Watch is accessed via a train boarded in Africa, near the exit of Kilimanjaro Safaris.

On Disney+, The African Lion (1955), part of the True-Life Adventures series, gives a detailed view of the lion’s habitat, with a brief appearance of a large warthog family. Disneynature’s African Cats shows a larger pride and how the savanna’s animals interact. Tree Climbing Lions through National Geographic is another fantastic option.