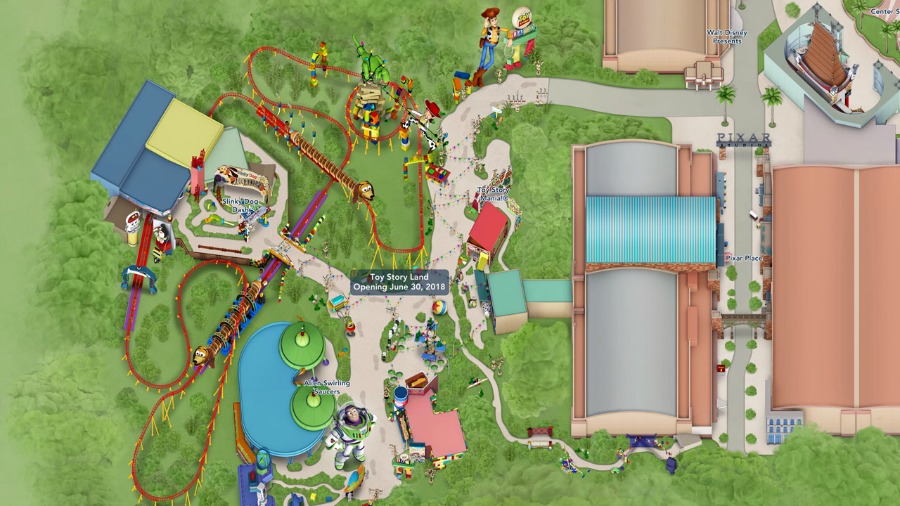 Toy Story Land has just been added to the digital map of Disney’s Hollywood Studios in My Disney Experience and online at DisneyWorld.com.

We’re just eight days away from the grand opening of the debut of Toy Story Land where guests will get a “toy’s-eye-view” of Woody, Jessie, Buzz, and Andy’s other prized toys in Andy’s backyard. Guests will finally be able to ride Slinky Dog Dash, a roller coaster Andy has assembled from his Mega Coaster Play Kit, go for a whirl on Alien Swirling Saucers, walk through the brand new carnival game box to experience Toy Story Mania!, grab a tasty snack at Woody’s Lunch Box – and meet some of the characters from the Toy Story films.

Toy Story Land will debut in print on the in-park maps beginning June 30 when the much-anticipated land opens to all guests.