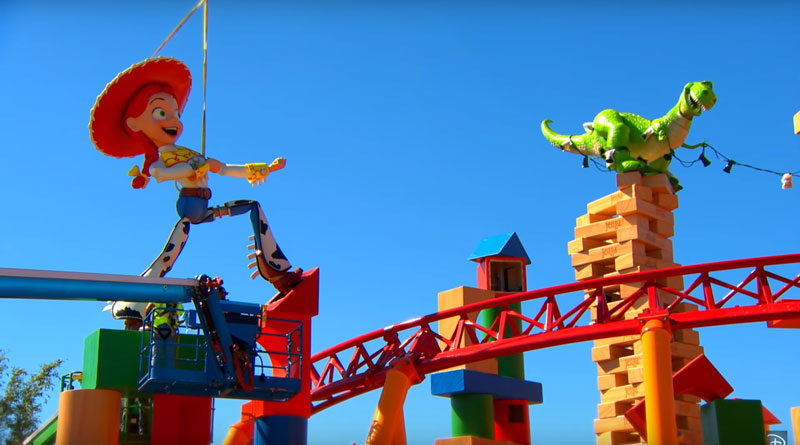 Walt Disney World’s upcoming Toy Story Land has just received its first characters, as Jessie and Rex have been hoisted up to their positions.

Below is the video showing their grand entrances from the Disney Parks Blog, which explained their placement in the new land’s story.

“According to their storyline, Rex and Jessie decided to help Andy build a rollercoaster using his Mega Coaster Play Kit in his backyard by stringing up the lights on towers of blocks. Rex, of course, has got tangled up in the lights, but Jessie is nearby to help.”

The completed land is set to debut at Disney’s Hollywood Studios in the summer of next year.