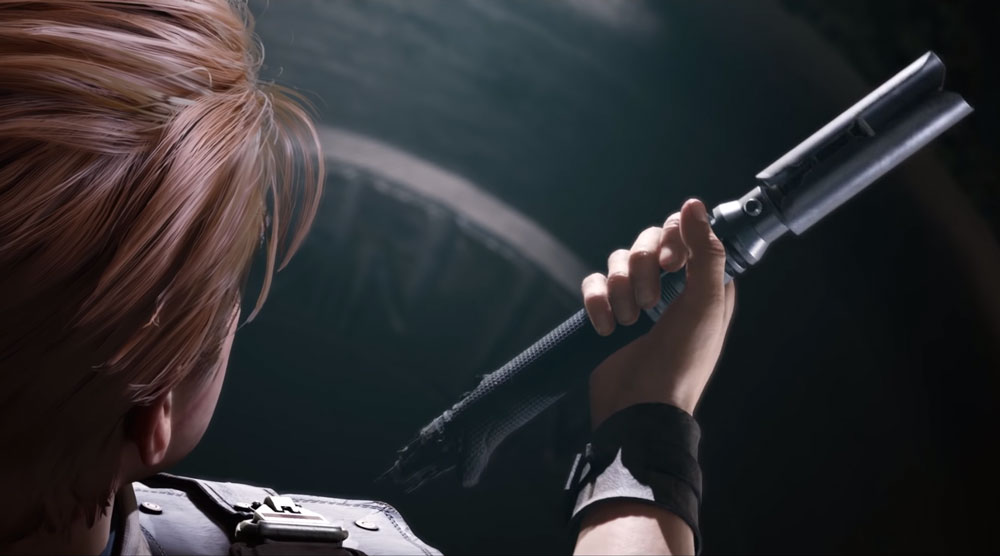 EA and Respawn’s upcoming addition to the ever-growing catalog of Star Wars video games was the focus of a panel at Chicago’s Star Wars Celebration today, where a new trailer and some information about the gameplay, story, and release date were revealed.

Right out of the gate, Respawn Entertainment head Vince Zampella clarified for fans what this game is all about. “This is a story game,” he said. “No muti-player, no micro-transactions, this is about being a Jedi.”

Star Wars Jedi: Fallen Order‘s plot is set after the film events in Episode III: Revenge of the Sith, more specifically after Order 66 — Emperor Palpatine’s directive to exterminate all living Jedi. The game’s protagonist — Cal Kestis — is a Padawan, or Jedi-in-training,  struggling to hide his Force-sensitive ways in a galaxy now very dangerous for his kind. Cal finds himself hunted by The Inquisition (a new Second Sister Inquisitor character was designed for the game and can be seen in the trailer), and must learn to hone the Force to survive. Cal is portrayed by Shameless star Cameron Monaghan

As players will be controlling a young Jedi, and this is an action-melee game, combat has been designed to be easy to learn but complex enough to give more involved players the ability to master it. Game director Stig Asmussen referred to the combat system as “thoughtful combat,” requiring players to identify and exploit the different weaknesses of the adversaries they’ll face.

The trailer released at the panel is story based, meaning that it does not include actual gameplay but was still rendered using the game’s engine.