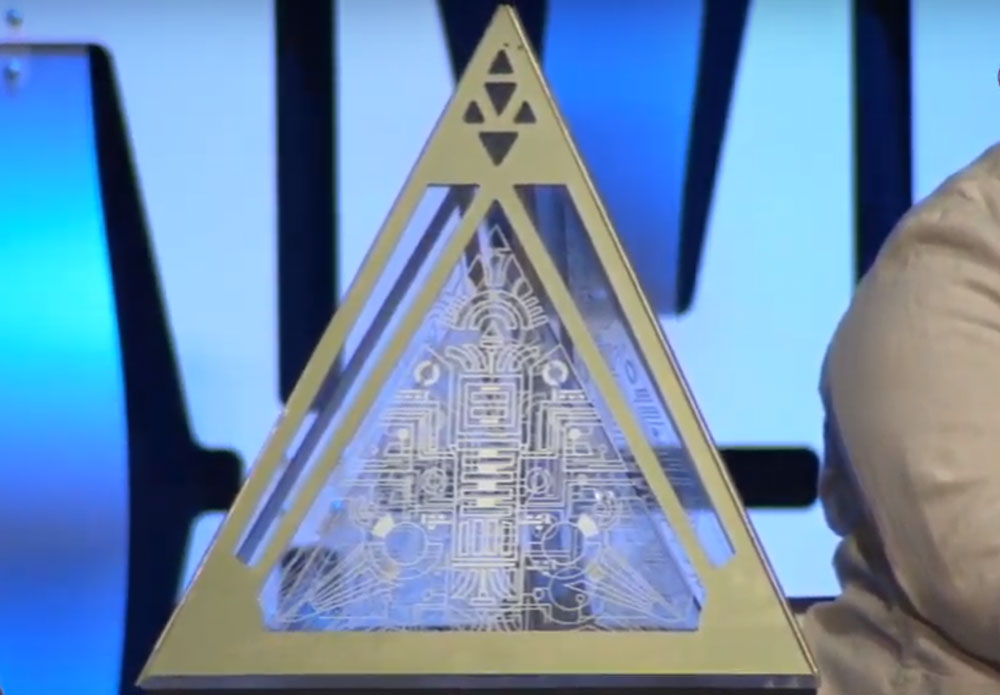 Guests attending Chicago's Star Wars Celebration this weekend were given a very special opportunity to become part of the history of Star Wars: Galaxy's Edge.

A recording booth was present near the Galaxy's Edge display, allowing visitors to share the stories and emotions that tie them so deeply to the Galaxy Far, Far Away. What the fans didn't know, was that these messages would be compiled for use in the new land set to open in Disneyland Park and Walt Disney World's Hollywood Studios.

At the panel for Galaxy's Edge, Imagineer Scott Trowbridge announced a very unique way that Disney and Lucasfilm would be honoring fans throughout the land. "We are going to take all those stories you tell us about your relationship with Star Wars, about what Star Wars means to you," Trowbridge said, "and we're gonna collect those things — those stories — and we're gonna put them in a holocron..."

Trowbridge explained that this holocron — a repository of knowledge accessible through the force in the Star Wars universe — would become part of Galaxy's Edge, although he did not go into detail as to where or how it would be featured.

"We can think of no better way to start the next 40 years of Star Wars storytelling than to base it on the love, the passion, the fandom that you all have, and make that the foundation of all the Star Wars stories we tell in the future."

If we don't find out before then, guests of Galaxy's Edge will be able to see where this display of fan-service is featured when the land opens at the Disneyland Resort on May 31st and at Walt Disney World on August 29th.