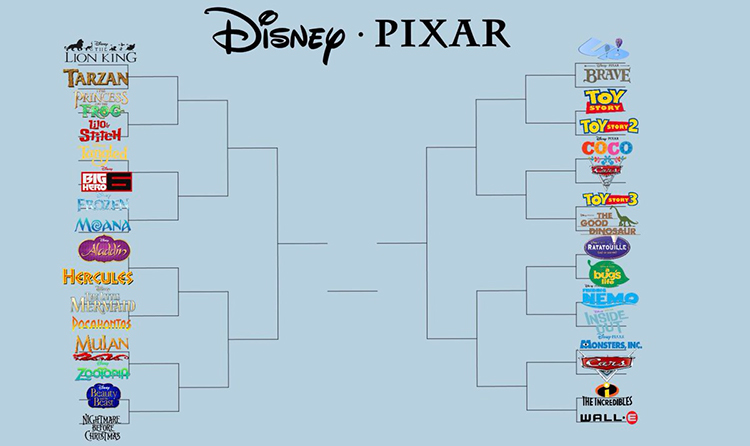 What’s the best Disney or Pixar movie of all-time? That’s the question that was posted on Twitter by user @yeeitsanthonyy. In honor of the NCAA March Madness tournament, he created a bracket of his own, which has gone viral and even has garnered the attention from some celebrities. Everyone from Patti Murin (who is playing Princess Anna in Frozen – The Broadway Musical) to the Air Bud Entertainment Twitter Account have joined in on discussion.

If you choose to fill out the bracket be prepared to choose between some of the most iconic Disney and Pixar films of all time. For example, Hercules and Aladdin face off in the very first round, as do Toy Story and Toy Story 2!

Notably missing from the bracket are films like Snow White and the Seven Dwarfs, Dumbo, Cinderella and Peter Pan.