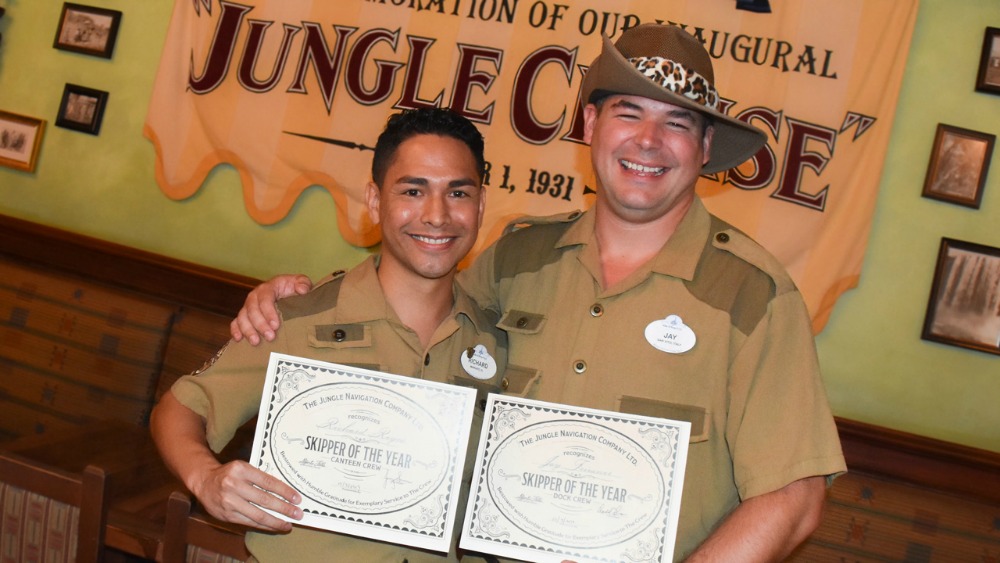 Being a cast member on the Jungle Cruise attraction at Magic Kingdom requires that one has a witty way about them.

Recently, Jay Friesner, an Attractions Host at Jungle Cruise, and Richard Reyes, a Food & Beverage Coordinator at Jungle Navigation Co. LTD Skipper Canteen, each received nominations and were selected by their peers for exemplifying the best characteristics of a Skipper.

The two cast members were named Skippers of the Year at Magic Kingdom and included in that recognition, their photos are now a part of the themed show. Photos were captured of the pair and then with the help of Walt Disney Imagineering, were thoughtfully aged to fit in with the 1930’s timeframe for both adventurous locations. 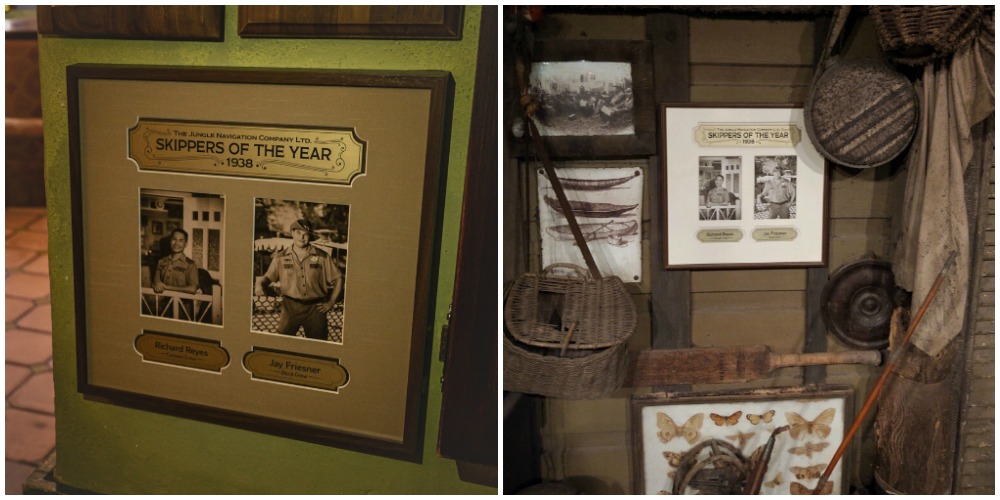 Guests can look for the photos above on Skipper of the Year plaques that are located in the Jungle Cruise queue and along the wall of Jungle Navigation Co. LTD Skipper Canteen.

Take a peek at the video below of Jay and Richard proudly showing off their plaques in the attraction queue and restaurant: