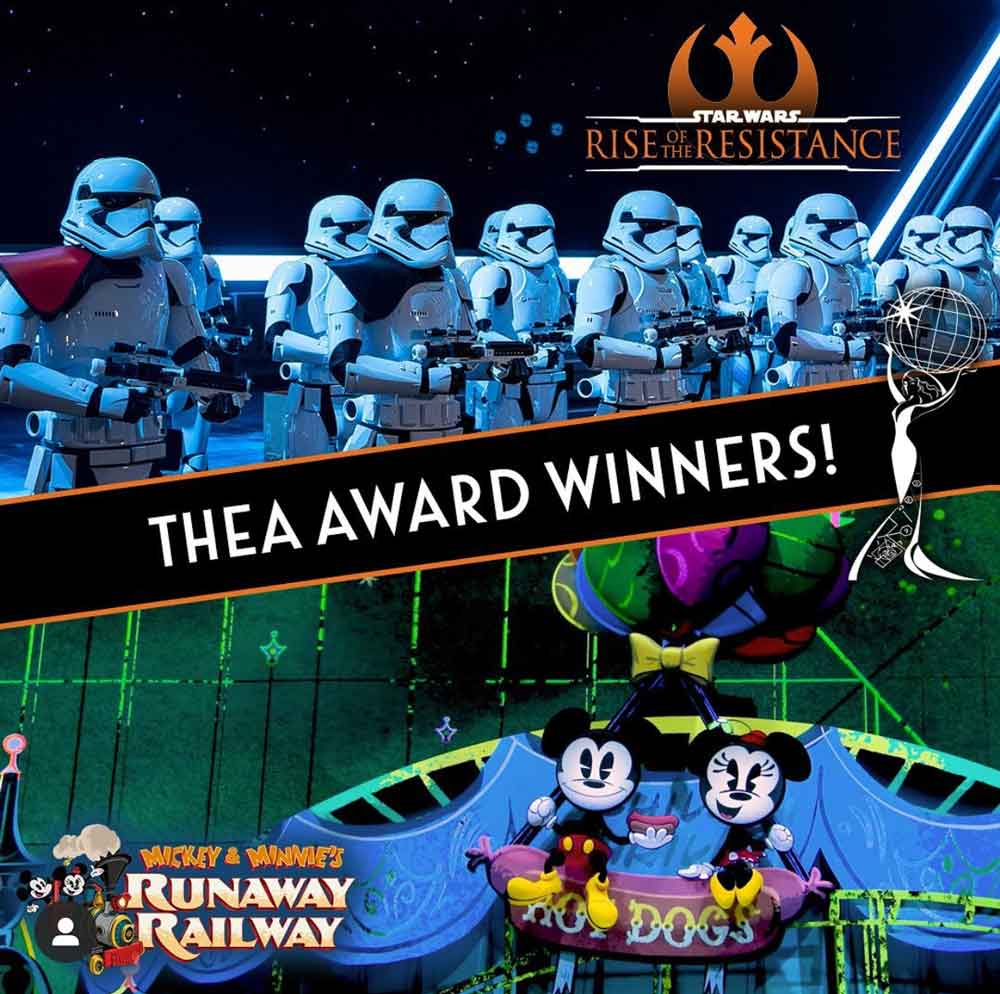 Walt Disney Imagineering announced today that both Mickey & Minnie’s Runaway Railway at Disney’s Hollywood Studios and Star Wars: Rise of the Resistance at both Disneyland and Hollywood Studios have been awarded the Thea Award for Outstanding Achievement – Attraction from the Themed Entertainment Association.

Mickey & Minnie’s Runaway Railway opened at Disney’s Hollywood Studios on March 4, 2020, and takes guests inside of a Mickey Mouse cartoon short, where anything can happen aboard a train ride through Runnamuck Park. Guests are joined by Mickey, Minnie, Goofy, and more friends on a family-friendly adventure featuring dazzling visual effects, a lovable theme song, and surprising twists and turns.


Star Wars: Rise of the Resistance inside Star Wars: Galaxy’s Edge opened at Disney’s Hollywood Studios on December 5, 2019. In this attraction, guests become heroes of the Resistance in a climactic battle with the First Order. In one of the most immersive, ambitious, and technologically advanced attractions ever created for a Disney park, guests launch into space aboard a transport shuttle, only to be captured by a Star Destroyer and pursued by Supreme Leader Kylo Ren as they frantically search for a way to escape the clutches of the First Order.


In addition to the two attractions winning awards, Bob Weis, president of Walt Disney Imagineering, received the Buzz Price Thea Award, which recognizes “a lifetime of distinguished achievements.” Additional details about Bob Weis’s career and accomplishments can be found on the Disney Parks Blog.