The Walt Disney Company is set to donate $500,000 to aid in relief efforts in Central Mexico after the recent earthquakes.

The donations will be made to to the Mexican Red Cross, Save the Children and UNICEF to help in response and recovery.

Claudio Chiaromonte, Executive Vice President and Managing Director of The Walt Disney Company Latin America adds, “As our thoughts and prayers go out to the people of Mexico, we are once again overwhelmed by the resiliency and unity shown in response to a natural disaster. Disney has a long tradition of supporting communities all over the world, and we are proud to join with the people of Mexico as they begin to recover and rebuild from these terrible tragedies.”

Disney will also make donations of goods as other needs are identified. 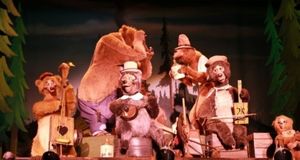