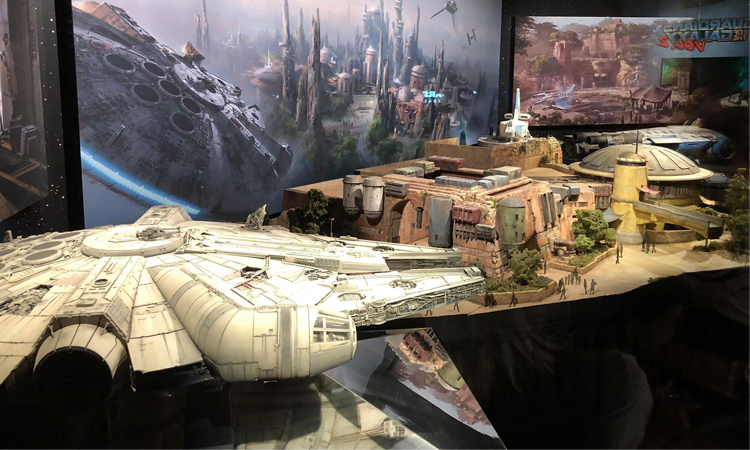 An expanded Star Wars: Galaxy’s Edge model was put on display today at Walt Disney Presents in Disney’s Hollywood Studios. Previously this window display featured the Toy Story Land model, but that has since been removed now that the land is about to open.