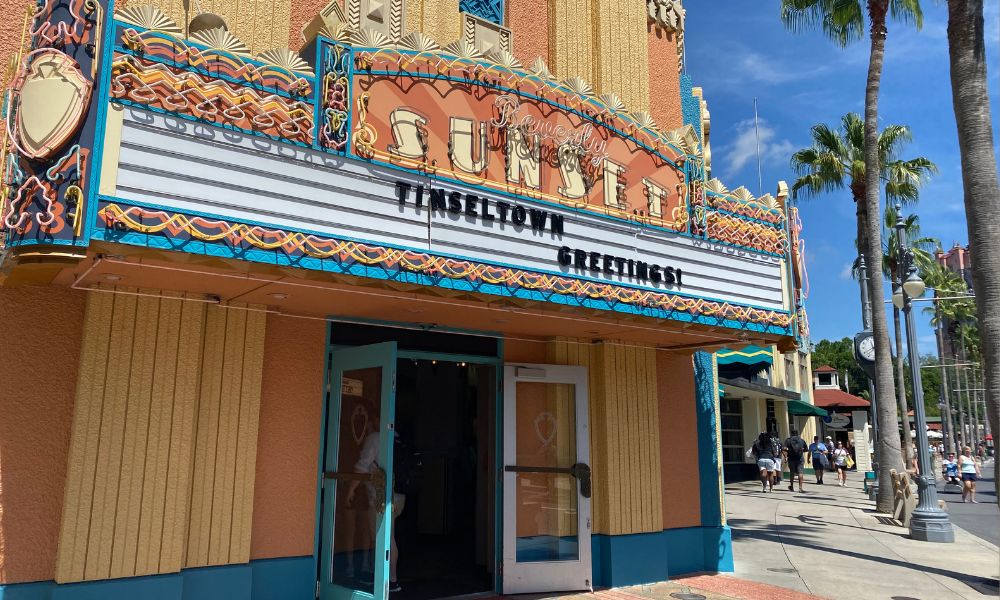 As time has passed since the closing of 2020, we have been seeing different offerings coming back slowly but surely.

Today I walked into Hollywood Studios not expecting to see anything ‘new,’ but I’m happy I did. Beverly Sunset Boutique, or as others call it, Beverly on Sunset, has reopened. After speaking to some Cast Members, I found out this store opened on August 24th, 2022, so the store has only been open for a week.

This store is filled with Pixar merchandise from Toy Story, UP!, and even Coco! This store was converted into a Pixar store a few years ago, but this store used to be a spot where you could grab treats. Every time I visited, I would get a decorated caramel apple here. If I’m not mistaken, it was themed to villains.

Of course, in this store, they dedicated a section to 50th Anniversary merchandise because you can’t have enough 50th merchandise.

I was so happy to see this store open again, mainly because it’s a great spot to grab some AC but also because that side of the street had felt empty for quite a while.

Does anyone remember when it was a candy shop? It was called Sweet Spells. If you remember, let us know in the comments!