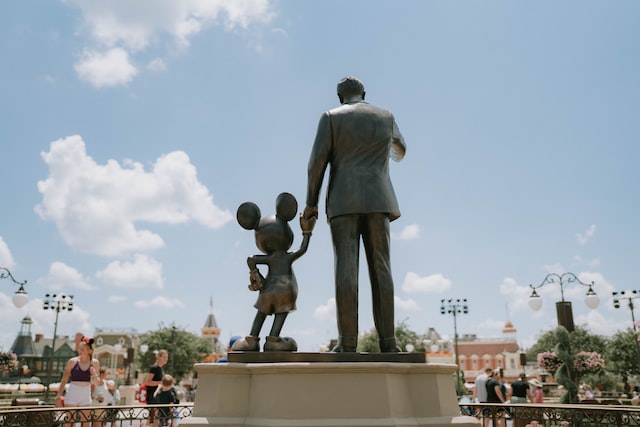 It was an interesting week in Disney news this time around, with an article from the Wall Street Journal causing quite a stir amongst Disney fans touching on a few sore spots and creating some new ones. The article was based on the pricing of Disney Parks, and the inevitability of further increases as the cost of business and innovation consistently rises globally. Though, between Josh D’Amaro, Chairman of Disney Parks, and the spokesperson quoted in the article, the vibe that Disney was giving off was not one of justification and positivity, leaving more of a dismissive, back-handed taste in my mouth. While I sat on the 10-hour plane ride from Oahu back to Sydney, I realized I had feelings about it that I needed to share.

Undoubtedly, prices need to increase over time, and there is no confusion here — there is no end to this trend in sight. We understand this; this isn’t what we are complaining about, yet it’s the answer they keep providing as if we asked the question. We ask about the quality, and they always attempt to change the narrative to one they can defend. Why is it so much to ask that the Disney company confront the fundamental questions centered around staying true to its origins, keeping in the tradition of Disney while expanding to meet new needs simultaneously?

Of course, they will look to increase revenue. In some ways, this serves us as much as it does them, for if they were not a profitable company, the doors would close, and Disney would be lost forever. It also goes toward keeping the parks updated with new rides and attractions as well as environmental and community initiatives. If I am honest, I don’t even have an issue with the ‘money-grab’ that a visit to the parks has become; in a way, that is what I know I signed up for. For me, it comes down to avoidable little changes that detract from what we knew Disney to be.

Now, if simply not being a collective doormat means we need a new passive-aggressively condescending title like “Legacy Fans,” then take a seat, Josh D’Amaro; we need to have a little chat.

We’ve discussed this issue before here on The Dis, the idea of the parks pushing the golden generation out with eye-rollingly necessary technology, but the problem seems to be escalating. Now they want to segregate their market into groups; those who they believe will visit infrequently and spend the most with the slightest complaint, and those who continue to return consistently but also require a certain standard to be upheld to be appeased. Now look, Josh, some people will never be happy, and a 50cent increase would make them turn red; I’ll give you that, though, the large majority of us whom Disney has so patronizingly referred to as “legacy fans,” we want to restore what we had. Not the price, or necessarily the perks, but the value, both monetarily and emotionally, that you felt your vacation was an investment into something that lasts a lifetime.

I was on board when almost all the significant changes over the last ten years have made everyone else squeal. I didn’t fuss when you took away free parking at resorts or even when you added Genie+, and while I had a quiet chuckle at the misguided idea of the new MagicBand+, I didn’t give you a hard time about that either. However, this recent statement, basically calling out anyone over the age of 35 who remembers a time when Disney meant attention to detail and inexplicable delight, telling us to get with the program simply because we don’t accept the consistent excuses for a decline in common value, is a joke. You’ve jumped the gun here on the whole Legacy Fan speech, and I have to tell you, mate, you don’t want to tick us off just yet.

Legacy is a word that, by definition, means something passed on. Legacy is a term that my web hosting company uses to describe an old platform they no longer support. Do you no longer support us, Josh? Would you like us to stop supporting you? Before you answer that with an entitled self-assurance that the money will keep rolling in regardless, think about what qualifies one as a Legacy Fan. I imagine being of a certain age and having an affinity with how Disney was run in the past is a critical factor in this description. Let’s look at the socioeconomics of it for a moment. Younger families tend to have less disposable income. Their wages tend to be lower, having spent less time in the workforce unless they have reached a more prestigious level in their career. The Legacy Fans often fund those expensive vacations; parents and grandparents, splurging to bring the whole family together, attempting to recreate what we knew as kids.

We are the ones who understand the true value of Disney beyond what we see, dollar for dollar. We are the ones who know the impact this type of vacation and experience can have on families. We redefined the term “Disney Value” to mean more than just what you can provide but what we can create for ourselves in the parks. Do you want us to pass on that torch to a generation that hasn’t yet had the chance to give a duck about that emotional investment?

A focus on the younger market comes with consequences for Disney. I keep hearing headlines daily about how the entering generation of young adults will never be able to afford their own home or a mortgage; they can’t afford to rent with skyrocketing prices and demand. Well, Disney, how do you expect them to fund the next 20 years of vacations to pay your expenses? Not. Going. To. Happen. Of course, there are exceptions to everything; some will be able to afford it, but not enough to write off the opinions and contributions of the aging generations in their 30s – 90s. Certainly not enough for you to redefine what Disney is and discard all of the fans who got you there without there being repercussions.

We aren’t your legacy; we are your foundation. We are your repeat business, the ones that come every year without fail and bring our friends and family, creating new fans out of those people. We are your market, and we might be your only way forward if things keep going the way they are. You don’t want to rely on those once-in-a-lifetime vacationers to spend a fortune on their one visit. You need those Annual Passholders to keep coming back and generating more opportunities for market growth. They are the ones that can see through the dollar value to the other side, and therein lies a commitment, a nostalgia, a drive that propels guests to keep coming back and recreating those moments with new friends and family.

In the article mentioned above, the spokeswoman for Disney says that the company’s pricing is pure “supply and demand,” comparing it to an example of an airline. Well, actually, it is very different. The airline you choose to fly with was never the main event; simply a means to get where you wanted to go. With declining conditions and higher prices, we resentfully pay these companies to get to our vacation destination. Not by choice; not because we enjoy the sardine-like seating experience in a sweaty, germ-infested air-lock, but because it allows us to arrive at our desired vacation starting point. Where Disney is concerned, if they aren’t careful, they might find that we still pay for the dreaded flight, but our vacation destination changes.

I’m no fan of Bob Chapek; he can manifest this disingenuous villainous smirk with far too much ease. But, I’ll tell you one thing, he has done a great job of copping all the flack on the frontlines. At the same time, behind the scenes, the Disney powers quietly make poor decisions after poor decisions in such quick succession that no one looks any further than the puppet placed at the microphone. Those days might be limited with more media coverage, like the Wall Street Journal.

In the meantime, Josh, now that we are on a first-name basis and all, my advice is that Disney is this. As a company, take a long, hard look at where you want to be, then work out how exactly the once-in-a-lifetime vacationing guests of Gen Z / Gen Alpha will carry you there when all of us “Legacy Fans” find something else to invest in.

Is this really what Walt Disney worked so hard for?