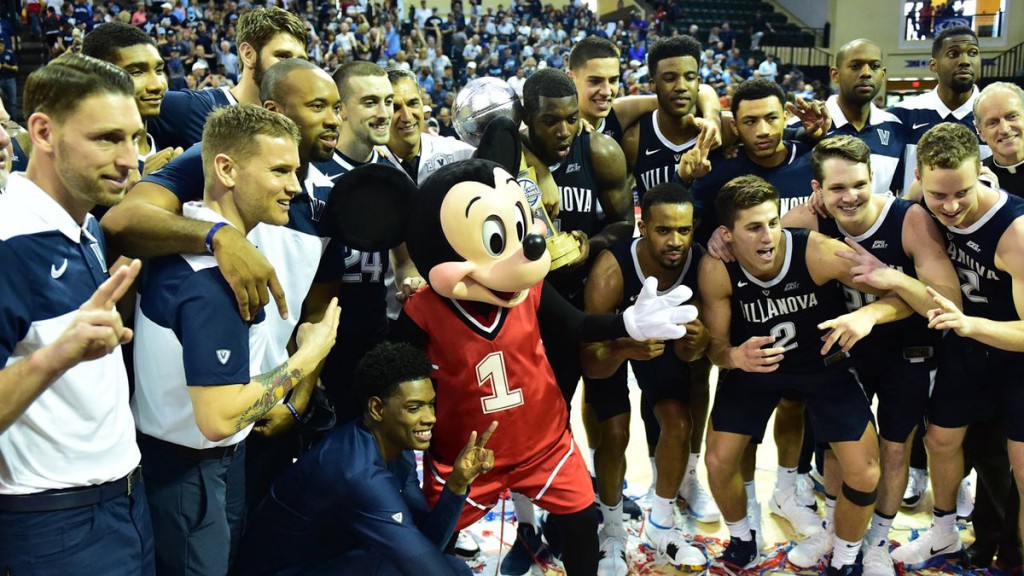 ShareTweetSubscribe
Once again this year, some of the top ranked college basketball teams in the country will head to Walt Disney World for the Orlando Invitational tournament. The three-day event will be held at the ESPN Wide World of Sports Complex from November 28th to December 1st. Tickets that include all 12 games of the tournament are now on sale in person or at Ticketmaster outlets, with prices ranging from $130 to $150. Single-game tickets will be released in October. Teams set to compete this year include Maryland (ESPN pre-season poll #9), USC (ESPN pre-season poll #25), Davidson, Fairfield, Harvard, Marquette, Texas A&M, and Temple. If you can't make it to Orlando, the games are scheduled to be televised on ESPN, ESPN2, ESPNU, and ESPNEWS. Source: Disney Parks Blog
ShareTweetSubscribe