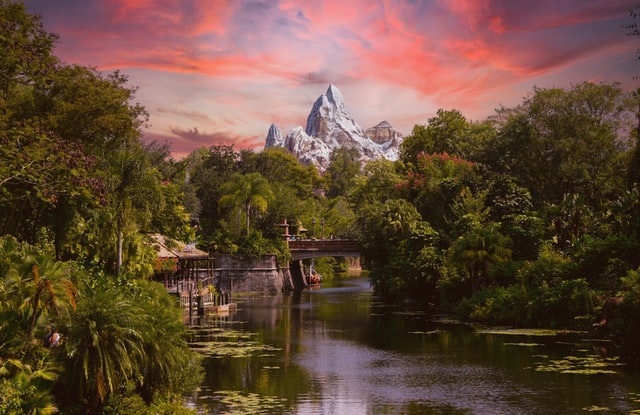 If you are planning a trip to Disneyland or Walt Disney World, chances are somewhere along the line you have heard someone mention how much walking you are in for. In a time when we rely so heavily on technology, with many of us in seated, sedentary jobs, training for the change of pace ahead is a must-do. Even though I usually walk 10,000 steps a day at home, my Disney days can easily double and sometimes triple that number. Let’s face it; not many of us are used to doing that for days on end.

No doubt you’ve heeded the warning — hopefully not making the mistake of self-promising dramatic weight loss — and you’re working on upping your steps game. That’s a good start, but in this Disney Pro’s experience, walking may not be your biggest hurdle, instead being something much less obvious. Standing.

You might be thinking, ugh, eye roll, they are basically the same thing, though that is where you’d be wrong. It isn’t just from a mental perspective that we hate to stand still. Although the concept alone can be too much for many people, there is much more to the physiological side of things to explain why this can be harder than keeping up a steady pace of walking. Even though it seems like standing still requires no energy at all, it’s actually much harder to sustain on your muscles than moving.

I’m not going to pretend I am qualified to tell you what’s what, but it’s something to do with your ankles as a pivot point and your stabilizing muscles working in a different way to stand still than you would to move. Which means that all those steps you are practicing need to be met with hours on end of standing to simulate waiting in slow-moving lines. It’s not that it is harder than walking, but it’s certainly something for which many of us are underprepared. That lack of momentum creates a different type of body awareness than when we are always in motion.

So, how do you prepare for more standing time before you leave for Disney? This is an especially important question if you are familiar with injuries or back issues as these will be exasperated in the parks. Let’s start by standing at work, and I don’t mean getting in that last 60 seconds of every hour just because your smartwatch guilted you into it. Look into a standing desk system that can change heights to suit you mood. If you can get a few hours of your computer time in while standing up, you’ll be laughing come park time when everyone else is hunched over and needing to sit down.

While you train for that Walt Disney World 50th Anniversary trip, take the time to do more than just get your steps in. When you are finished that long walk in the afternoon, instead of collapsing into a comfortable chair, practice going straight into the next activity that requires you to stand, like cooking or laundry; anything that prolongs that rest time and gets your body ready for those Disney days ahead. Need inspiration? Cook as a team, even if you don’t need the extra help, you both stay on your feet and it can be fun doing it together.

Next up: practice stretching properly. That doesn’t just mean throw your arms in the air and call it a day. Consider stretching the muscles in your legs, core and back in the morning and afternoons, learning what feels good and releases tension. These stretches can also be done when waiting in line. For me, I start to feel it in my calves and lower legs first, so I have learned the perfect way to use walkway curbs to stretch out those muscles whenever possible and save the tension later on.

As always, my final piece of advice is always the same: take two pairs of completely differently-shaped, well worn-in, supportive shoes. Swapping out your shoes during the day or alternating from one day to the other can do wonders for your feet and makes everything else easier.

You know what you need to do now; get up and stay standing.