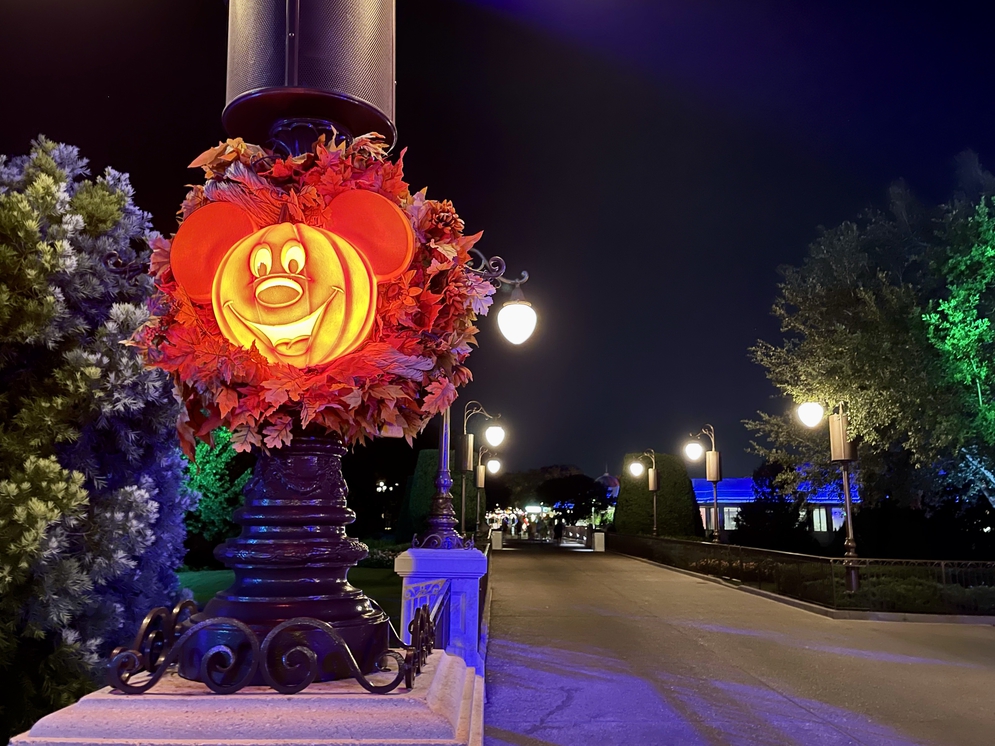 Possibly the biggest question in Walt Disney World fans’ minds leading into the new Disney After Hours Boo Bash hard-ticketed event was exactly how big the crowds attending the event would be. After attending the Boo Bash’s debut evening, we now have the answer.

I’ve attended two Disney After Hours events in the past (one of them hosted by Disney, for transparency), so I came into the first evening of Magic Kingdom’s Boo Bash with fairly high expectations. One of the leading hallmarks of the Disney After Hours events is the extremely low level at which the crowd is held, which leads to low wait times, which leads to the feeling that you are getting what you paid for. Isn’t that what we all want in the Disney parks? We like to be happy campers, after all.

So when Boo Bash tickets initially sold out and then came back online for additional ticket sales, many Disney fans were concerned that this was going to lead to what had grown to be an overwhelming concern at the Mickey’s Not-So-Scary Halloween Party: overcrowding. The Halloween party, though beloved, had become quite crowded, leading to frustration over the perceived lack of value for the money paid. And the price of Boo Bash tickets soars to nearly $200 the closer it gets to Halloween, so the concern was, in my mind, completely valid. If you’re going to pay that much for a 3-hour event, you want to get the most out of it, and overcrowding just won’t do.

I entered the park on the first night of Boo Bash right around 7pm, as event guests can enter the park at that point, though the event doesn’t officially begin until 9 or 9:30pm, depending on the night you’re attending. Obviously, there were day guests still in the park at that time, and a showing of Happily Ever After was slated for 8:45pm. The crowd level at that time was immense as day guests packed the Hub to grab the perfect fireworks viewing location, and event guests began making their way down Main Street. And the sheer volume of people was just a little bit concerning.

But once the fireworks were over, and the clock struck 9pm, cast members moved swiftly into place and formed lines at the attractions that would remain open for the Boo Bash. Event wristbands were checked, and only guests wearing Boo Bash wristbands were allowed to continue toward the entrances of the attractions. The event officially kicked off at 9:30pm, thus allowing 30 minutes for day guests to make their way out of the park while allowing party guests a little extra time on the attractions.

Like magic, wait times immediately dropped, because the crowds immediately dropped. The end result? A Disney After Hours event like the ones we’ve come to know: a somewhat boutique experience in which guests can ride just about any attraction they want with the smallest of wait times. Yes, Seven Dwarfs Mine Train and Peter Pan’s Flight hovered right around 25 minutes throughout the evening, but for me, a 25-minute wait for the park’s most popular attraction sounds pretty fantastic. I’ll take that any day. And twice on Sunday.

I’ll have much more to say in regard to Boo Bash and its similarities and differences to and from Mickey’s Not-So-Scary Halloween Party, but the biggest question heading into the new event was answered for me quite clearly. Thankfully, it appears that the crowd level will be held to a low number as had been done for previous Disney After Hours events.

The only question now is how to get it all done during your three hours at BOO Bash. And that, my friends, is a subject for another time. Spoiler alert: you can’t.