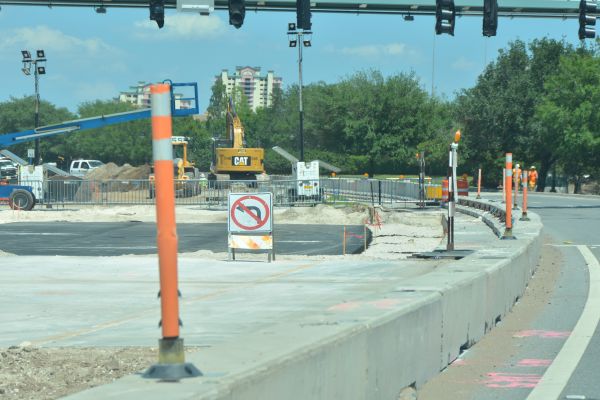 1) Construction Will Help With Ever Increasing Crowds

Walt Disney World’s annual attendance is increasing each year. The bypass and HUB expansion in the Magic Kingdom will be crucial in maintaining an operational park in the coming years. According to Themed Entertainment Association’s annual report in the five years from 2009 to 2014 the Magic Kingdom saw an increase of over 2 million people. Without making changes these increasing attendance numbers could make the park non-functional. Sometimes the result of the construction isn’t something to drool over, but they are changes that are going to be increasingly important for the park to stay operational in the near future. While Star Wars Land and Toy Story Land seem so far away their construction will soon be very present. Just as we see Pandora: Land of Avatar construction going on now, soon Disney’s Hollywood Studios will be engulfed by cranes and construction vehicles, but remember this is good. Yes it might not be ideal when you are on vacation as the construction might limit some of the fun to be had in the parks, but don’t forget why it will all be worth it. Just when you’ve had enough of the construction try and remember the attractions, restaurants, and shows we are waiting for. New attractions blend in well with my first point about crowd control. The more attractions, the more guests are occupied in the lines, which frees up more of the park. This is a huge reason why these attractions are so important. 3) Construction Could Fix The Attractions You Know And Love

This one is more speculation, but I hope that with the increase in construction that Walt Disney World recognizes that some of their current rides need to be refreshed. On the DIS Unplugged Podcast, Host Pete Werner has talked about how Disney is forgetting about the legacy that got Walt Disney World to where it is today. I completely agree, and this is why I hope Walt Disney World starts a massive rejuvenation for all of their staple attractions. Walt Disney’s Carousel of Progress, Spaceship Earth, Ellen’s Energy Adventure, Buzz Lightyear’s Space Ranger Spin, are just a few of the many attractions that desperately need a facelift. As for how long the construction is taking is another discussion, and one that I believe guests have a fair and just reasoning to be upset with Disney over. If the construction for these projects hadn’t taken so long I truly believe this would not even be a discussion because the end results of these construction projects are going to create an exciting new era for Walt Disney World.