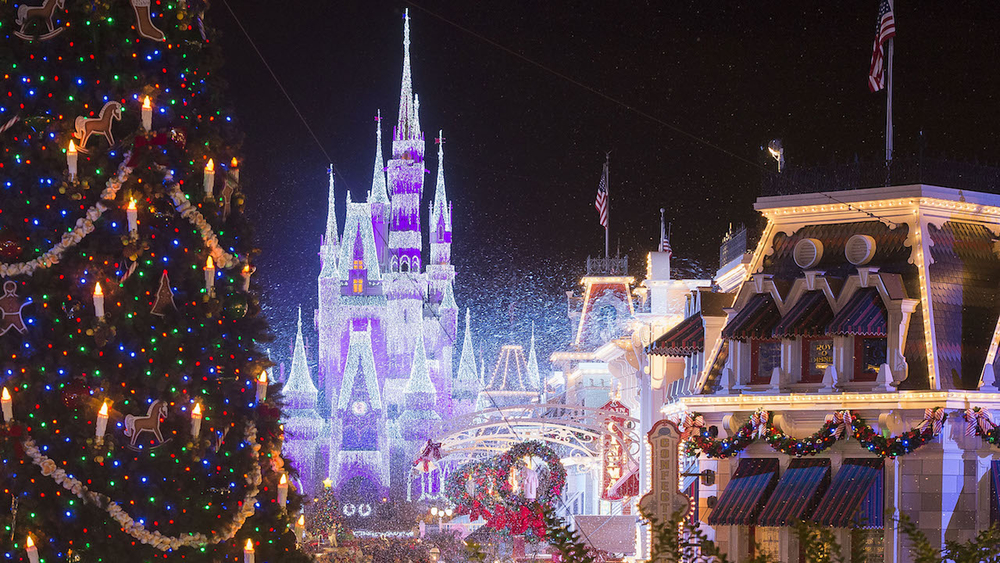 If you’re a fan of Disney’s holiday season television specials, you’ll want to grab your calendar out and mark a few dates down. Disney has three specials slated for this holiday season that will highlight the Disney parks, upcoming attractions, and will feature performances from a variety of entertainers.

The first holiday special on the list, “The Wonderful World of Disney: Magical Holiday Celebration,” will air on Thursday, November 28th from 8-10pm EST on both ABC and the ABC app. Hosts Matthew Morrison and Emma bunting will be joined by co-host Jesse Palmer during this two hour special on Thanksgiving night. The special will include performances from both Cinderella Castle at Walt Disney World and Sleeping Beauty Castle at Disneyland. During the special, viewers will be treated to Disney parks sneak peeks, and a behind-the-scenes look into Star Wars: Rise of the Resistance.

“Disney Channel Holiday Party @ Walt Disney World” will air on Friday, December 13th from 8-8:30pm on Disney Channel and the DisneyNOW app. Meg Donnelly and Milo Manheim will host the show, and will feature performances from Disney Channel stars Isaac Ryan Brown, Ruby Rose Turner, and Kylie Cantrall. The broadcast will highlight areas in Walt Disney World and onboard the Disney Fantasy. During the special, viewers will be treated to a first look at Mickey and Minnie’s Runaway Railway coming to Disney’s Hollywood Studios in spring 2020.

The third special on the list is “Disney Parks Magical Christmas Day Parade“ that will air Christmas morning from 10am-12pm EST, 9-11am CST/MST/PST on both ABC and on the ABC app. The annual special will be hosted by Matthew Morrison, Emma Bunting, and Jesse Palmer. Marsai Martin and JD McCrary will join the production as co-hosts. Viewers will be treated to Disney Parks sneak peeks at both Mickey and Minnie‘s Runaway Railway and Avengers Campus, which comes to Disney California Adventure in 2020. Viewers will also get a peek at the Disney Skyliner gondola system and Disney’s Riviera Resort.