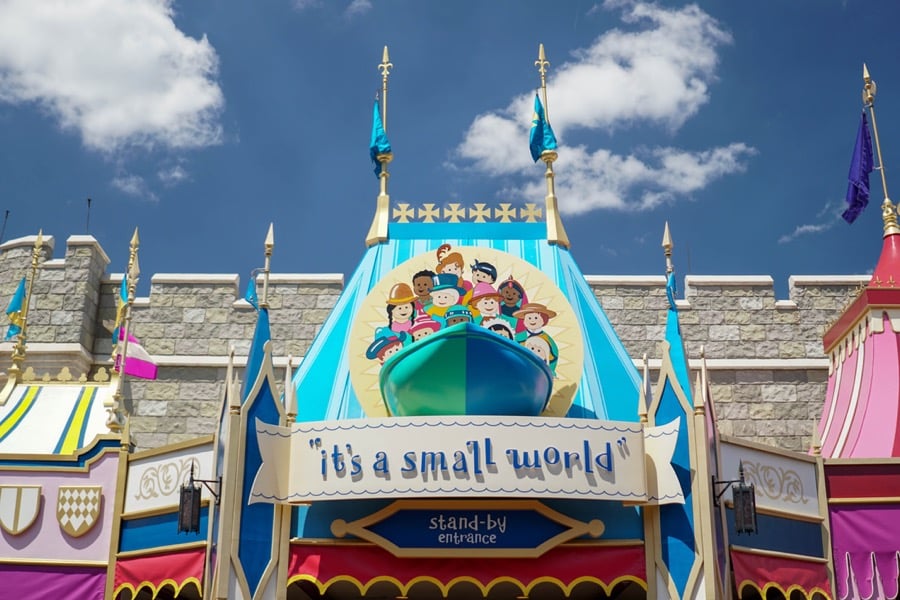 Signs, a piece of an attraction that can sometimes be overlooked by many guests and appreciated by others such as myself. You may be keeping an eye out on the posted wait time, or a clogging Fastpass+ line causing some distraction, but this list will round up the best signs you should definitely look out for. Each of the 4 theme parks will have one entry on this list so 4 different attractions from 4 different parks. Without any further ado, here’s yet another best Disney list, but with an intriguingly unique subject matter.

There’s a reason why Disney sells a replica sign of this within the park’s shops; because it’s so beautiful! The variety of appealing colors throughout the flowers are a nice touch radiating around the equally enjoyable font used. Speaking of the text of the sign, the “Enchanted Tiki Room” part nicely pops out for emphasis that’s sure to catch your eye. The wooden material Disney uses may not seem like a big thing, but the subtle touch of authenticity it gives is important with the vibe perfectly fitting the tone and theming of the attraction itself. This sign gives guests a great taste of what tropical goodness they have in store for the full attraction! 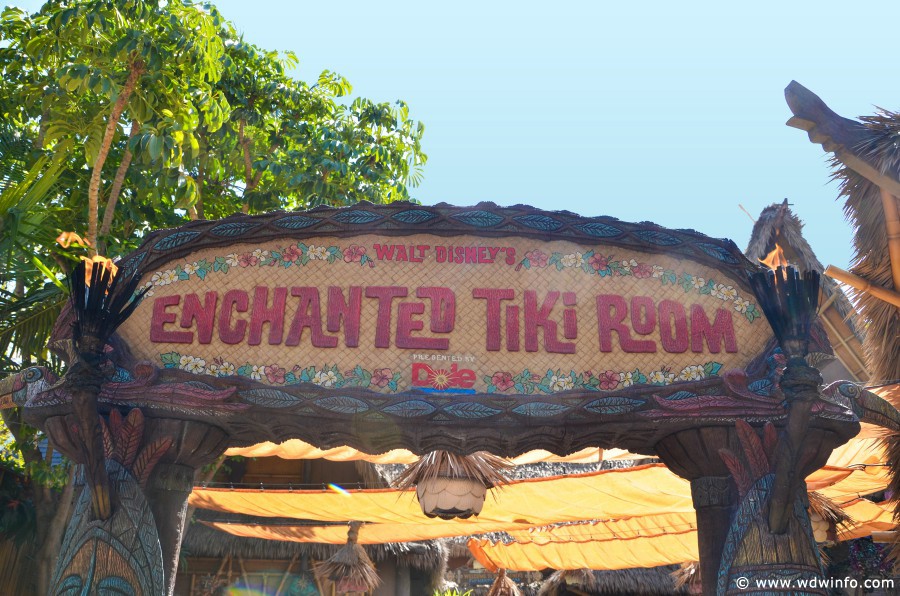 While the ride itself may not be so beloved, its entrance sign is surely a sight to see. Especially prominent in the nighttime when the sign’s lights turn on giving the attraction some new whimsical energy. A long light strip is creatively placed trailing behind a spaceship launching into orbit. Said spaceship is flying around a fully rotating and very detailed globe that spins in the same direction that Earth actually does which is a nice Imagineering touch. All and all this marquee is magnificently designed with all its outer worldly elements that’ll lead guests on an adventure through the stars. 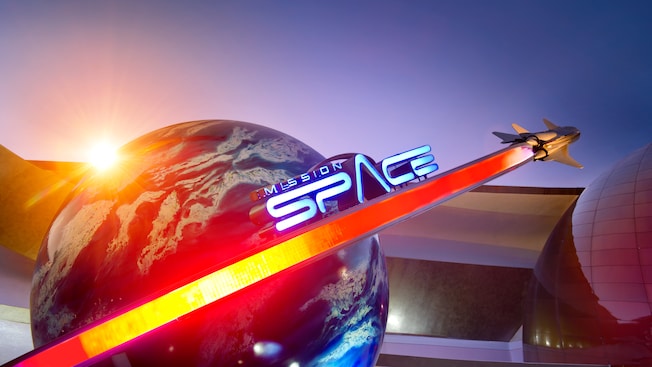 While the other coast’s Tower of Terror closed in favor of a Guardians of the Galaxy-themed ride, the one still remaining at Disney’s Hollywood Studios has quite the entrance sign. Why I like it so much is in part to its subtly which adds to the ambiguously creepy theme. The marquee has a unique double sign feature to it with spooky font periodically saying “The Twilight Zone Tower of Terror” emerging through the initially perceived standard Hollywood Tower Hotel sign. This is something you can only really find at this attraction and once you get inside it’s filled with even more amazing particle tricks. 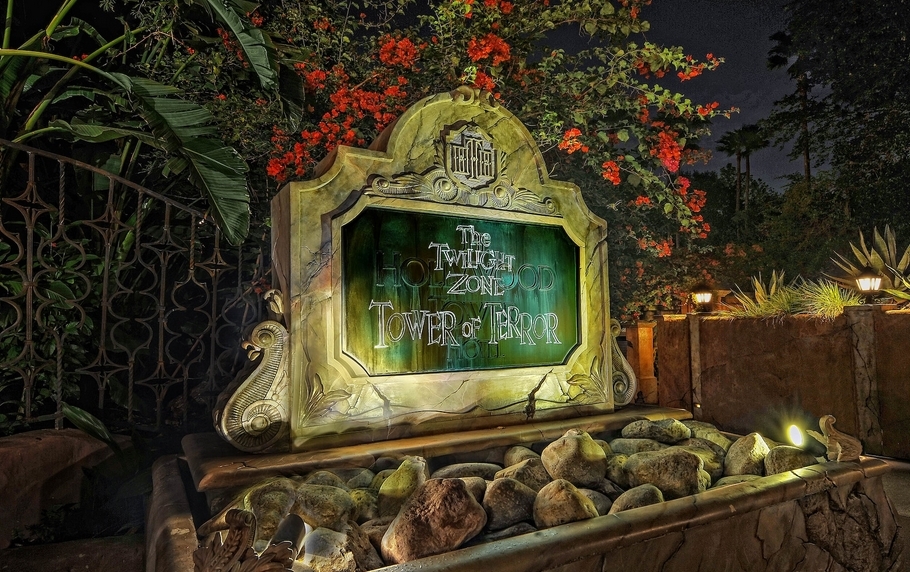 Animal Kingdom was fairly low options wise when I was constructing this list. Especially with the latest addition to the park, Pandora: The World of Avatar, having virtually no entrance sign for either of the new attractions because they wanted it to be so immersive. But with that out of the way, the best ride sign, in my opinion, is DINOSAUR. It’s pretty creative and definitely multidimensional with all the different elements to it. From the explosion backsplash to a T-Rex model leaping outwards, to an array of meteors showering down from all different angles.  Plus it very well illustrates what guests are in for when going on this thrilling attraction. 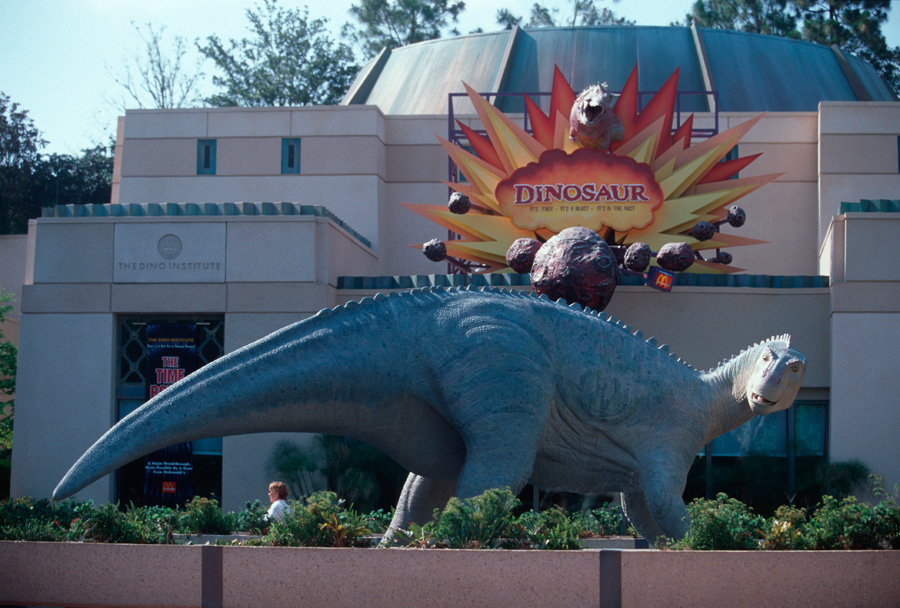