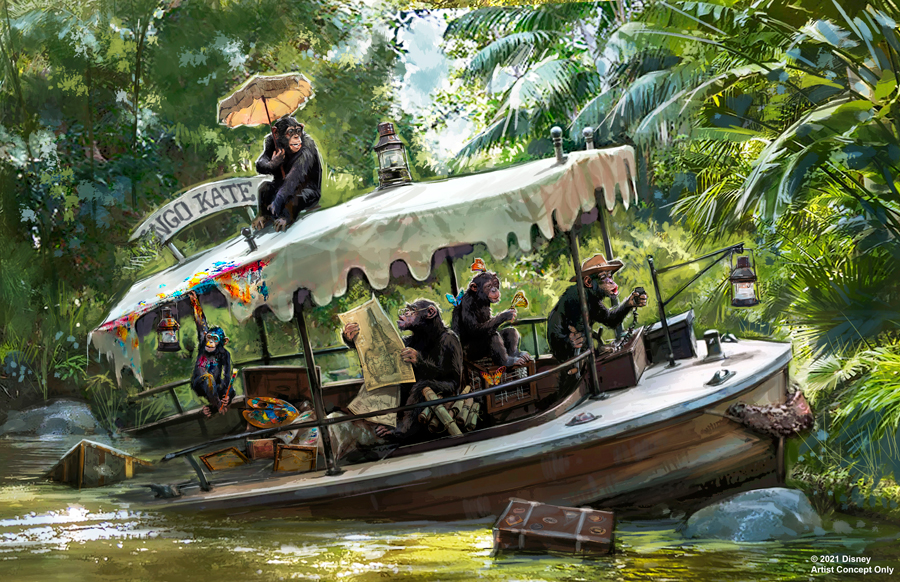 Welcome to the January (and first!) edition of Disney Rumor Round Up for 2021! You can check out the December 2020 installment here. It is a new year and hopefully one that is better for many. This year, Walt Disney World turns 50, and hopefully we get to visit Disneyland again. Disclaimer: Any rumors mentioned in this article are not confirmed by Disney, and may not ever happen.

It is 2021, which means the park that started it all in Florida is turning 50! There is, of course, still so much uncertainty on what that celebration will look like. Disney has created a celebration page on their website and has hinted that things are going to happen but they likely will wait until they have a better outlook.

Hall of Presidents closed quietly in January. Currently there is no re-opening date announced or what the changes will be to the attraction. Sources at WDWMagic have suggested that the Muppets have been looked at in being added to the show. We shall see what is to come with this historic attraction.

Disney recently announced that the world famous Jungle Cruise will be getting a makeover! This change will not include aspects of the upcoming film, but rather work to be more inclusive and remove some of the problematic stereotypes and cultural depictions. With that, new jokes and an added storyline will come along. It is expected that Trader Sam will leave the attraction. My understanding is this is only the beginning for changes to attractions, too. Splash Mountain and now Jungle Cruise were the first to see changes.

Finally for Magic Kingdom, we have Tron. According to several sources, canopy work should wrap up soon and then work will completely halt on the attraction. This is being done as a cost savings and so Disney can resume and open the attraction when the travel climate is in a better position.

So much, but also so little, is still happening at Epcot. Work has visibly picked up on the new MouseGear/shopping area of Innoventions East. According to sources on WDWMagic, that will open this year. We have also seen work continue on the demolition of Innoventions West which will be home to Journey of Water inspired by Moana and the new Festival area.

Ratatouille will finally open this year! Recently, the bathroom and entrance area to the expansion of France opened at Epcot. This was done as the bathrooms in Morocco closed for refurbishment. According to many sources, we should be looking at a March opening (or at the very least spring) for the ride itself. This seems to be the major attraction Walt Disney World fans will get in 2021.

Rise of the Resistance continues to perform much better in recent days and weeks. Some days in January saw the back up boarding groups open for up to 2 hours or so. Something we really have never seen before.

Several sources have indicated that Fantasmic could be the next big show at Walt Disney World to return. The biggest concerns are regarding the cast member spaces backstage and keeping them safe in areas not built for social distancing.

Animal Kingdom has popped up more and more recently as Joe Rohde recently retired. Many sources have put out rumors, or in some cases, speculation, that Zootopia is in the works for the park. One of those sources, Jim Hill, stated this is being looked at for 2025-2030 and was set to be announced during the 50th anniversary. While Disney does tend to like to announce things far out, that is very far out even by Disney standards and so much can change in that 4-9 year span. I truly believe that yes, Zootopia is or has been looked at, but is not coming in the near term, if ever.

New rumors and information are sure to pop up in the days to come. For further discussion on all of this and more, visit the Rumors and News board on Disboards.com.