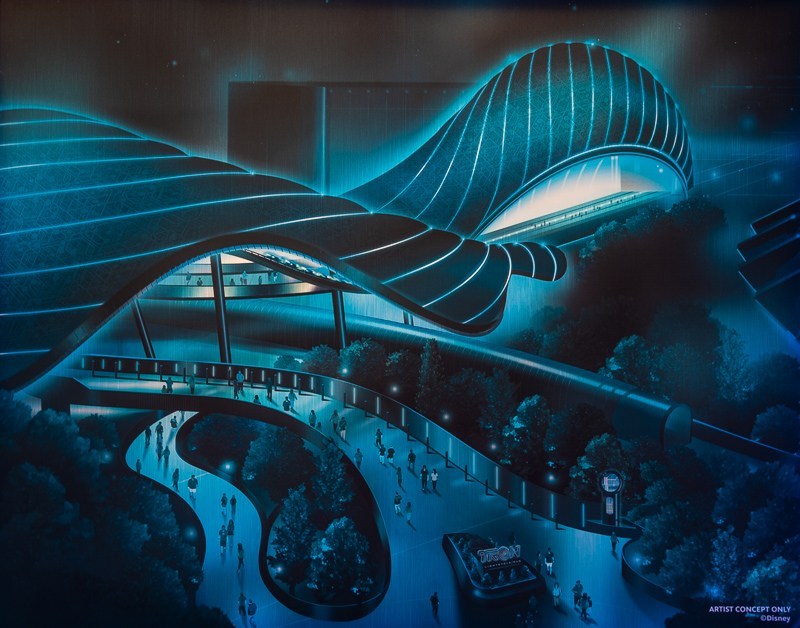 The TRON Lightcycle Power Run Rollercoaster is coming to Tomorrowland at Magic Kingdom. The new coaster is going to occupy a completely new area in Tomorrowland next to Space Mountain and in order to get the construction moving, some modifications are being made to other attractions nearby.

The Walt Disney World Railroad is not currently running and the train has been parked at the Main Street Station since December of 2018. During this time, guests can take advantage of an up-close and personal look at the train along with one-of-a-kind photo opportunities that will be available. 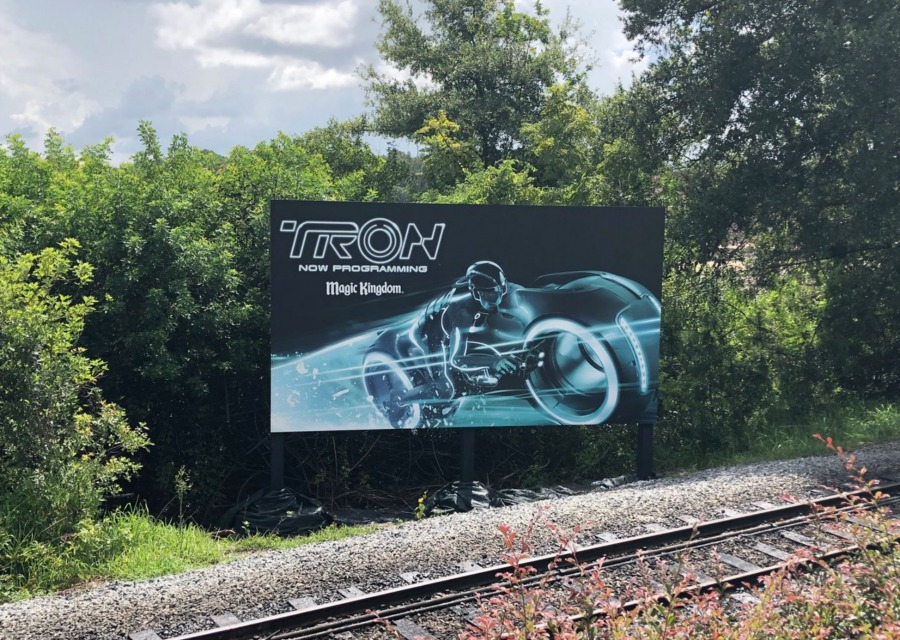 The attraction has been tremendously popular since it opened in Shanghai Disneyland Park on June 16, 2016.

Magic Kingdom’s Tron attraction, which is set to debut in time for Walt Disney World’s 50th anniversary, is based on TRON Lightcycle Power Run at Shanghai Disneyland. This coaster-style attraction allows riders to board a train of two-wheeled Lightcycles for a thrilling race through the digital frontier. TRON Lightcycle Power Run debuted on Shanghai Disneyland’s opening day and quickly became the highest-rated attraction at the park.

ARTICLE: What to Expect When TRON Arrives at the Magic Kingdom

Disney Imagineer Zach Riddley recently shared some photos and video of the construction going on at the new TRON Lightcycle Power Run site at Magic Kingdom; take a peek!

I’m excited to share these images of the very first canopy piece being installed at TRON Lightcycle / Run in Magic Kingdom this morning! This is one of nearly 40 pieces that will create a dramatic “curved wave” canopy, known as the Upload Conduit, which will flow organically over Guests as they race underneath on their Lightcycles. I’m proud of all the work our Imagineers have put into this @WaltDisneyWorld attraction so far, and the exciting work ahead to bring the Grid to life in Tomorrowland! Continue to follow us here for more progress. #Imagineering #MagicKingdom

Below is a look at one of the ride vehicles as well as the Cast Member costumes. 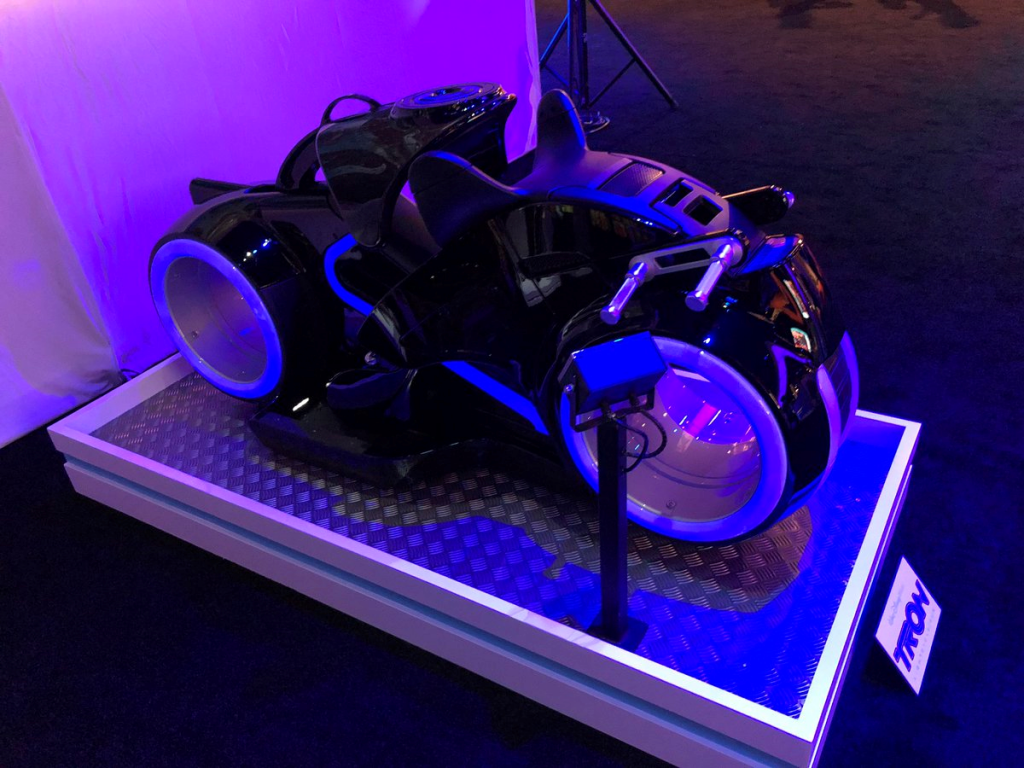 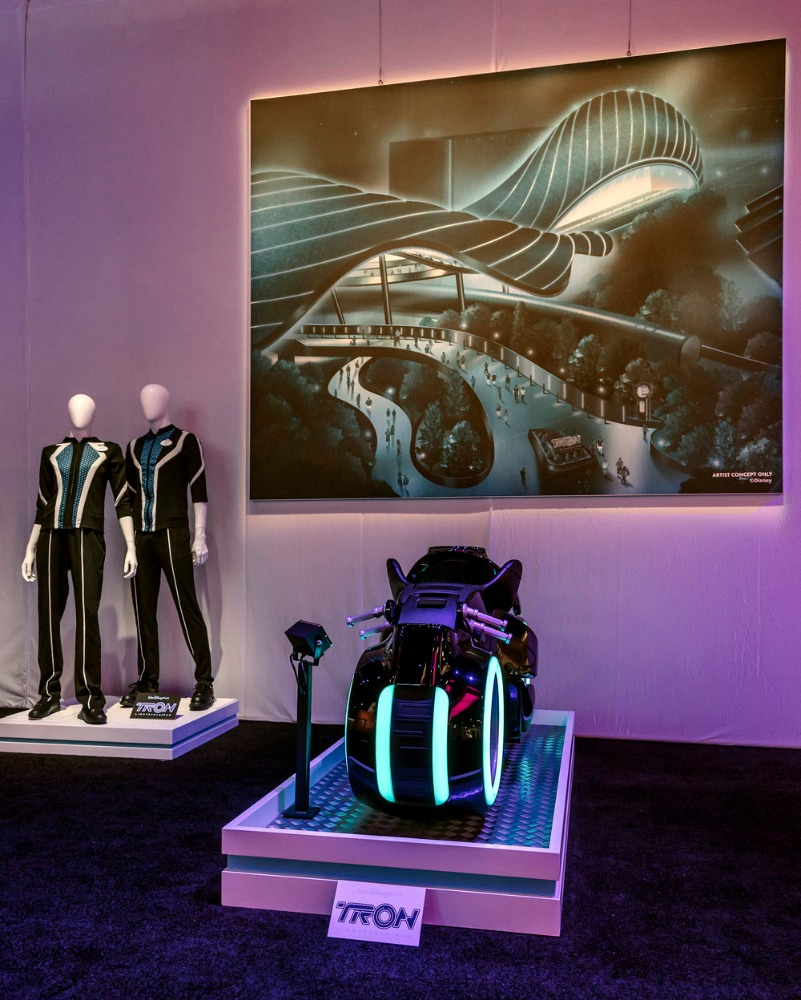