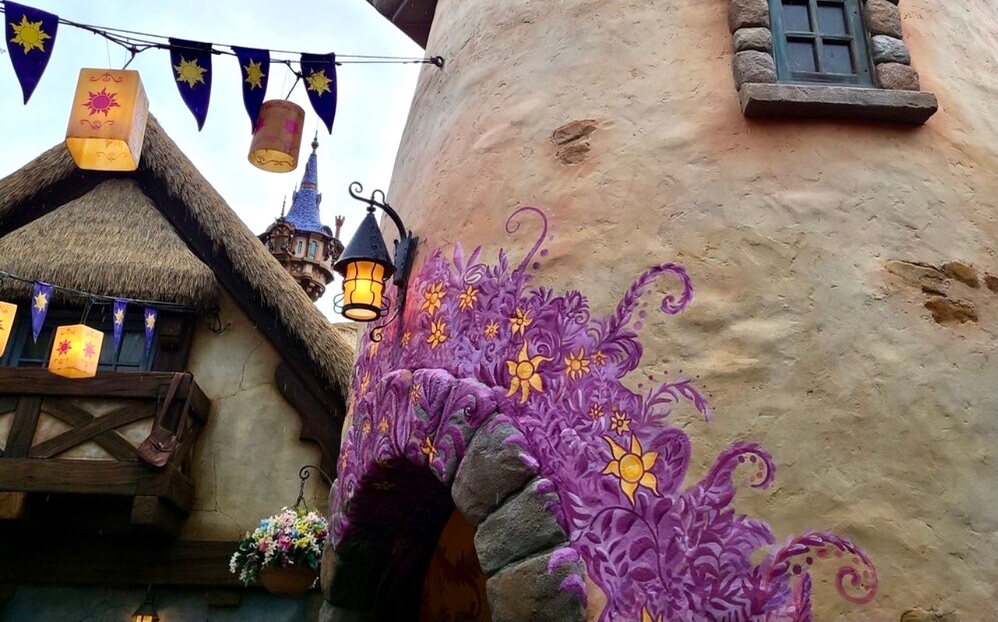 A few weeks ago, I was hanging out at home and thinking that I needed to come up with some new idea for an article that wasn’t a tips/tricks one or a food review. I don’t even know how it came into my mind, but once I thought about it, I started laughing out loud. It’s something everyone will encounter at least once during a trip to Walt Disney World. Even if you are a fellow germaphobe like myself and aren’t too keen on using them, sometimes nature calls and you must answer!

If you’re reading this, you probably understand by now that I am talking about restrooms. I’ve personally never seen an article about them so I figured I would make one myself. Now keep in mind that I am literally writing this to be silly and entertaining. There are so many bathrooms all throughout Disney; I cannot write some boring opinion about each one. Disney is all about theming and they carry this into many of their restrooms. I narrowed it down to 2 bathrooms that I enjoy at each park. What a strange sentence to say, enjoying bathrooms at a theme park.

You all know where I am going to start with this one. The famous Tangled area that includes a view of Rapunzel’s tower as well as the beautiful lanterns. When you walk into the restrooms, well the women’s anyway, you are greeted by a painting done by Punzie herself. If you don’t get the reference, then I suggest you listen to the song from the soundtrack titled “When Will My Life Begin.”

Nobody asked me, but I think Punzie deserves more than just a bathroom. However it is beautiful.

My second bathroom on the short list for Magic Kingdom is the one tucked away behind Gaston’s Tavern. Honestly, when you could meet Gaston, using this bathroom was an excuse to walk by the hunk himself.

These bathrooms tend to be forgotten about which is nice. There isn’t anything super spectacular about them, but I find myself using this one quite a bit.

I’ve always been a huge Toy Story fan, and along with my cousins, I attended opening day for Toy Story Land. The whole area is themed very well with subtle details that I think anyone can appreciate.

The bathroom area is no different. It includes vibrant colors and the word “restrooms” is spelled out in Scrabble pieces.

The other bathroom in Hollywood Studios I really enjoy is the one in Galaxy’s Edge. It’s hidden in Batuu and I think the sign looks really cool. Everything in Galaxy’s Edge was executed so well that I don’t think you could find something that wasn’t in theme with Star Wars.

Their sinks are unique compared to other Disney sinks and the hand dryer is super efficient. I hate when there are no paper towels available and the dryer barely produces any air. My cousin Jalen wanted to be involved with this article, so I included her in the picture of the sink and dryer.

I was that child who watched Jurassic Park at age 3 and became obsessed with it, as well as dinosaurs in general. I can’t even lie, I still love them and it’s my favorite movie to this day. I am team DinoLand USA in Animal Kingdom. Although I do hope they put a cool ride where Primeval Whirl was and honestly I wouldn’t be sad if they got rid of the carnival section. They could do so much with the dinosaur theme to make that section even better.

The actual Dinosaur ride is a favorite of mine and guess what? There’s a dinosaur-themed bathroom close by. It’s right next to Restaurantosaurus which is also dinosaur-themed as you can tell by the name. In the hallway of the restroom there are pictures of dinosaurs decorating the walls. If you end up going into the restaurant there are many more pictures as well as replicas of bones and other neat artifacts.

The other spot I tend to like using is the bathroom right across from Celebration Of Festival Of The Lion King. It’s beside the water which is such pretty scenery to look at before you go inside or when you come back out.

I’m not sure what else to say because the pictures are pretty self explanatory and it’s just one I use occasionally.

The Norway pavilion is probably one of my favorites and no it isn’t because of Frozen. Unpopular opinion: I don’t really like the movie and I haven’t even seen the sequel. But if you see me riding the ride, just mind your business and ignore it. Haha. There’s just something about the pavilion that is really neat to me and I think it’s pretty.

Near the bathrooms are some tables in the shade which make for a good stop to get out of the Florida sun. The bathroom has full length mirrors for those of us who want to make sure the elements haven’t made us look gross. Above the sinks are pretty paintings of flowers which adds an artistic flare. I also am a huge Helly Hansen fan which you can purchase inside the pavilion and I prefer it over North Face. I also have bought perfume in this pavilion; I’m obsessed with it and I get many compliments on it.

After you ride The Seas With Nemo and Friends you end up surrounded by over 60 species of ocean creatures in what is like an aquarium. Disney is AZA accredited, so this area is basically like a part of a zoo.

The bathrooms there are tucked behind some favorite sea animals. To your right you may see sea turtles as well as fish. To the left you will find the cute manatees.

As you explore you never know what species you will find. For the kiddos, pick up the scavenger hunt booklet for them to complete with stickers!

I hope if nothing else you got a kick out of this article that’s focused simply on restrooms. We tend to take life so seriously and Disney is meant to be fun. I like thinking of out-of-the-box ideas for articles to write for you all and I try to be creative.