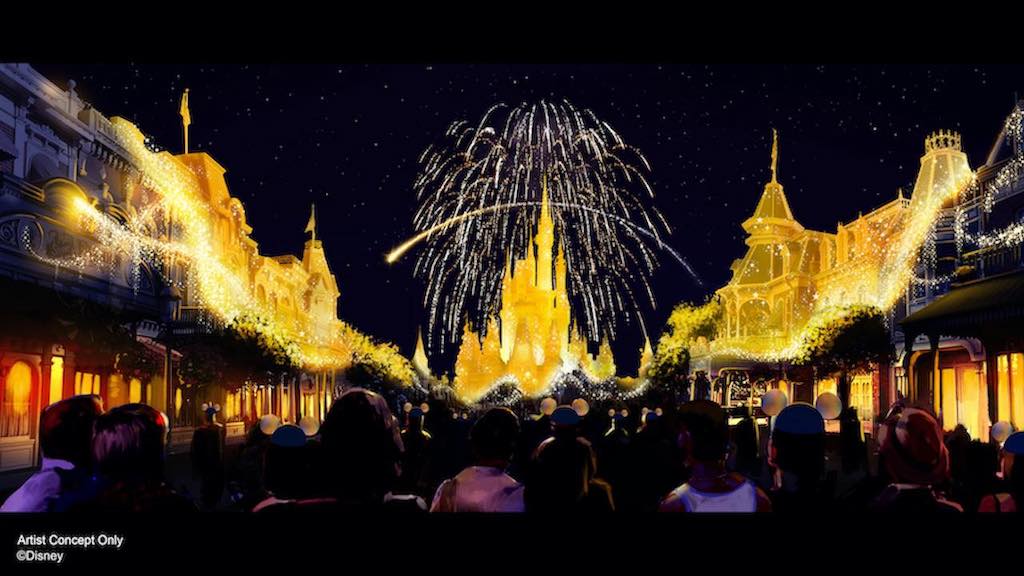 Today, Disney Parks Blog has given us a hint of the concept art for the new show. Along with classic characters you know and love, newer Disney and Pixar films like Soul, Onward, and Luca will also make appearances. In true Disney fireworks fashion, the beloved Tinkerbell will still also take flight.

I have to admit, I am sad to see the end of Happily Ever After. However, if I’ve learned anything from my experiences over the years, it’s that Disney doesn’t disappoint when it comes to nighttime shows. Extending the projections down Main Street USA will be an excellent enhancement for Magic Kingdom firework shows. I’m sure Disney Enchantment will be as impressive (or more) and anything we have seen so far. There is certainly a lot to look forward to with the start of The Most Magical Celebration on Earth.

If you’re looking to book your trip for Walt Disney World’s 50th Anniversary Celebration and see Disney Enchantment in person, head over to Dreams Unlimited Travel where our expert travel agents will help you plan the vacation of your dreams.