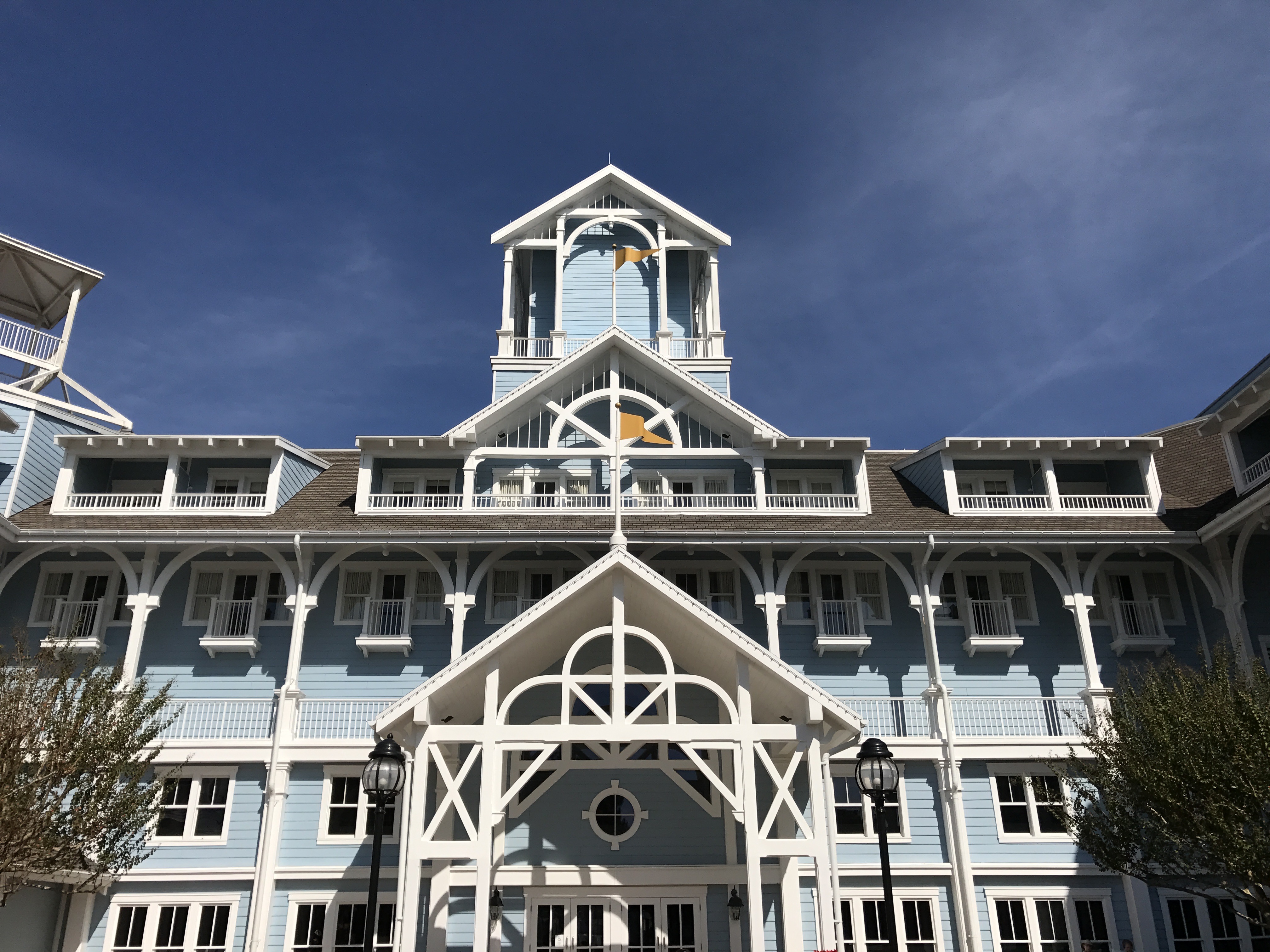 Hey everyone! It’s Steve Porter! I am starting a blog that will go up after my park days to fill you guys in what I did on Disney property that day. You may have seen my articles in the past here, and I will of course continue to pump those out, but I also wanted a space where I could tell you about my day at Disney. Anything and everything will be included about my day on Disney property, so lets get started!

Today Ryno, special guest Brian, and I all decided to spend our “park day” outside of the parks walking around Disney’s Boardwalk Inn, Disney’s Yacht Club, and Disney’s Beach Club. I originally wanted to park at the Boardwalk, but the parking attendant gave me a hard time saying I’d have to pay $25 dollars for a valet, or park at Disney Spring and then take a bus there…well I wasn’t going to do that. So, I drove down the road to Disney’s Beach Club, were I proceeded to convince the parking attendant that would be spending money at the resort, which wasn’t a lie, so he let me through. Soon after Ryno, Brian, and I met in the lobby and we brain stormed a little on what content we could bring you guys (this is pretty typical). We love to hear from you guys, to let us know what you’d like us to do in the parks and resorts cause it makes this part of the day go by much smoother.

After brainstorming for a couple minutes we let our stomachs do the talking. We decided to go to Beaches & Cream for lunch. This is something I had never done before. I had ice cream here before, but never the actual food. This turned out to be a huge success. I loved the food, it was greasy, and certainly unhealthy, but it was delicious. I went for the Beaches Patty Melt, which was a rye bread sandwich with a beef patty, pepper corn sauce, onions, and melted cheese. This sandwich was probably a million calories, but man was it good. Ryno actually has putting a vlog together about this part of our day so look out for that! After a long meal we decided to skip out on dessert, and we moved on. Next we decided it was time to walk off some of that giant meal we just devoured. So, we started to make our way around the Epcot resort area. First we began popping in and out looking at some of the stores on the Boardwalk. There was an art store I believe it is called the Wyland, but I could be wrong. I tried googling this, and I couldn’t get a good answer. Anyways it was a really cool art store. Nothing I would ever buy, but the artwork was fascinating to just look at. They had some Disney and non-Disney stuff in there. We also went up the Boardwalk Inn Resort’s lobby. I’ve never been super impressed with this lobby for some reason. Anyways while we were there Ryno pointed out how scary one of the chairs in the lobby was, so I’ll have to post that below! Anyways I digress let get back how the day went. We also noticed in some of the other stores how much Christmas stuff is really filling in the store. It is still so amazing to me growing up in the northeast seeing Christmas stuff when it is 80 degrees outside! As we were walking I actually took out my phone, and started recording our walk on Facebook Live. It was a lot of fun, and we love interacting with you guys! Sidetone there were a bunch of Surrey Bikes zooming by us, and they looked super fun, I’ll have to do that sometime, and tell you guys about it. After recording on FaceTime Live we realized that walk had helped free up some room in our stomachs, so we decided it was time for some ice cream! But instead of heading back to Beaches & Cream we decided to stop by the fairly new Ample Hill Creamery. When we went to open the door it was unfortunately locked. Ryno checked the hours which said it opened at 11 a.m., but at this point it was already 1:45 p.m.  Out of frustration we tweeted @WDWToday, to ask them essentially “What’s up?”, and they apologetically responded that they would open at 2 p.m. So we waited that extra 15 minutes, and walked inside. I got Strawberries & Cream in a cup, and it was expensive! Even for Disney standards! It was $6 dollars for a tiny little cup! We took our ice cream over to a bench in the shade, and gobbled up our ice cream! Ryno made a vlog about this as well so look forward to that as well! Then we made our way back to the Beach Club, and explored their lobby a little. I am always disappointed by the fact their really isn’t a true quick service location here. Yes, there is the Marketplace, but in my opinion they need a true cafeteria quick service type restaurant to grab a quick bite before heading into the parks. It was a successful day! We had fun, and accomplished a lot. I enjoying spending time at the resorts like this, but of course I want to give you guys updates on everything I do, so stay tuned!