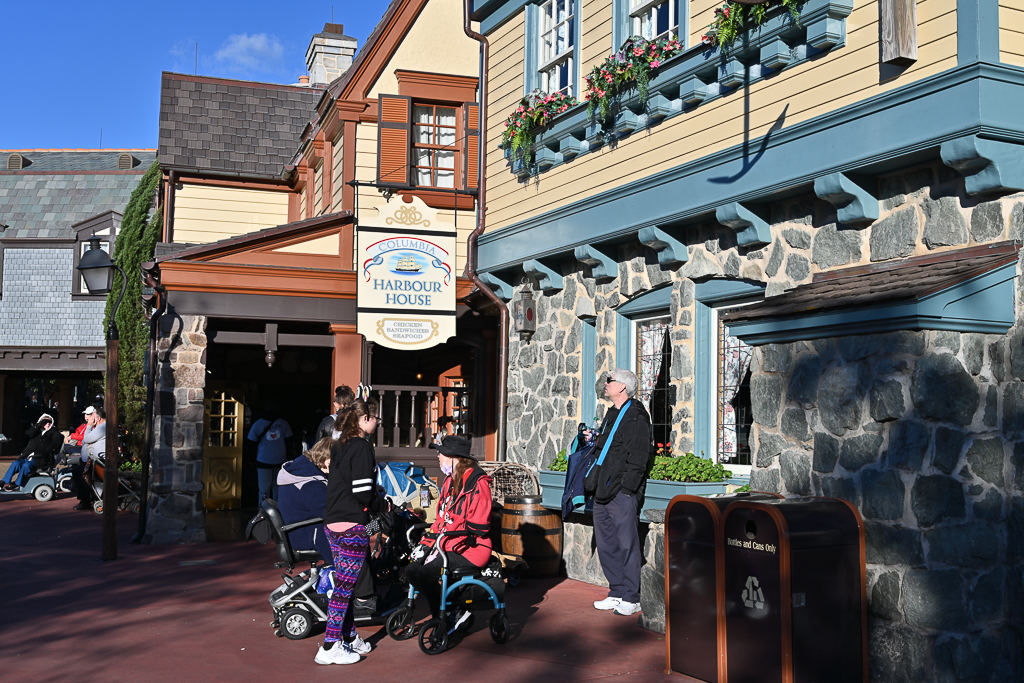 ShareTweetSubscribe
(For full details of our review, please view the video above) *The Disney Dining Show publishes reviews of meals that we pay for. We only utilize discounts and offers if they are available to the general public, such as annual passholder discounts and Tables in Wonderland membership. We receive no outside compensation for our dining experiences so that we may give our honest opinions about price and value. What we ordered: - Pete Werner: Tuna Salad Sandwich - $11.19  with a side of Green beans and carrots ($2.99) 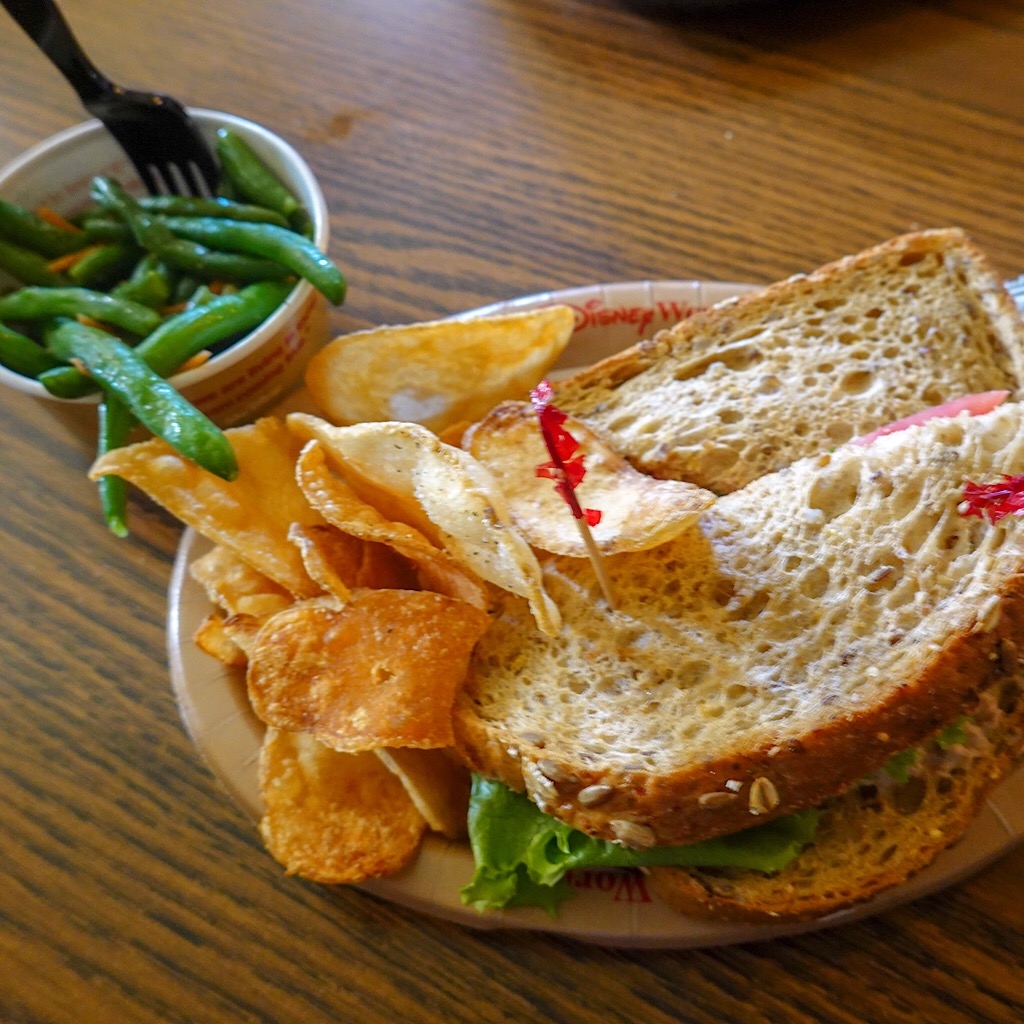 The verdict: Good tuna salad sandwich. Plenty of tuna, with lettuce and tomato made for a very filling sandwich. The house made chips were underwhelming (Sean described them as gross). Initially, the green beans were cold, but it turned out it was just a few on the top. As I continued eating, they were good. Not overcooked or mushy, but also not ‘al dente.’ As for carrots, there were a few shards of shredded carrots in there, but very little. - Sean Faulk: Chicken Breast Nuggets with Fried Shrimp and a side of hush puppies  $12.49 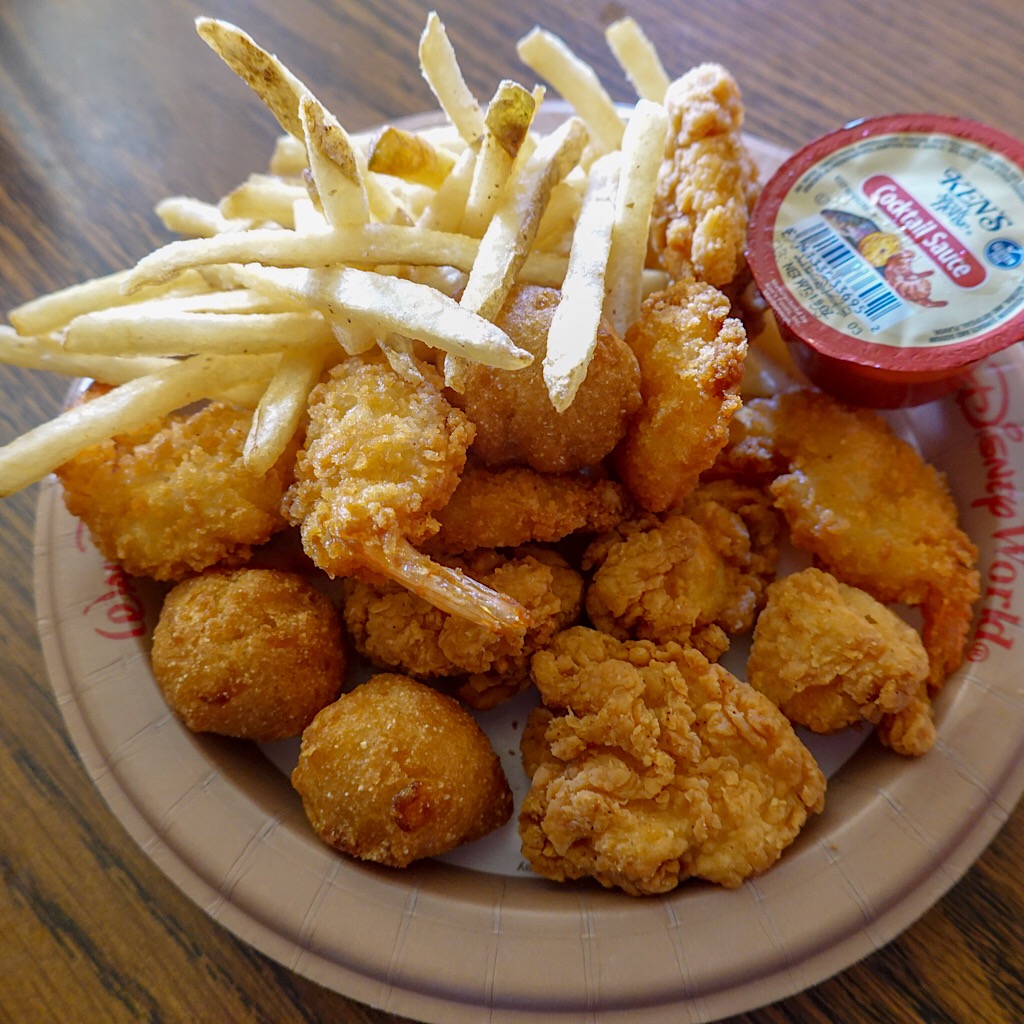 The verdict: A really good meal. Chicken breast nuggets were the same ones you would buy anywhere in the Magic Kingdom (the kids chicken nuggets), fried shrimp had a light breading, so most of what you were eating was shrimp, which was a good thing. The meal included 5 shrimp, 4 hush puppies, and 5 chicken nuggets, making for a decent size lunch entree. While the shrimp were clearly frozen (vs fresh), they were very good. A great deal at $12.49 - Steve Porter: Lobster Roll - $14.99 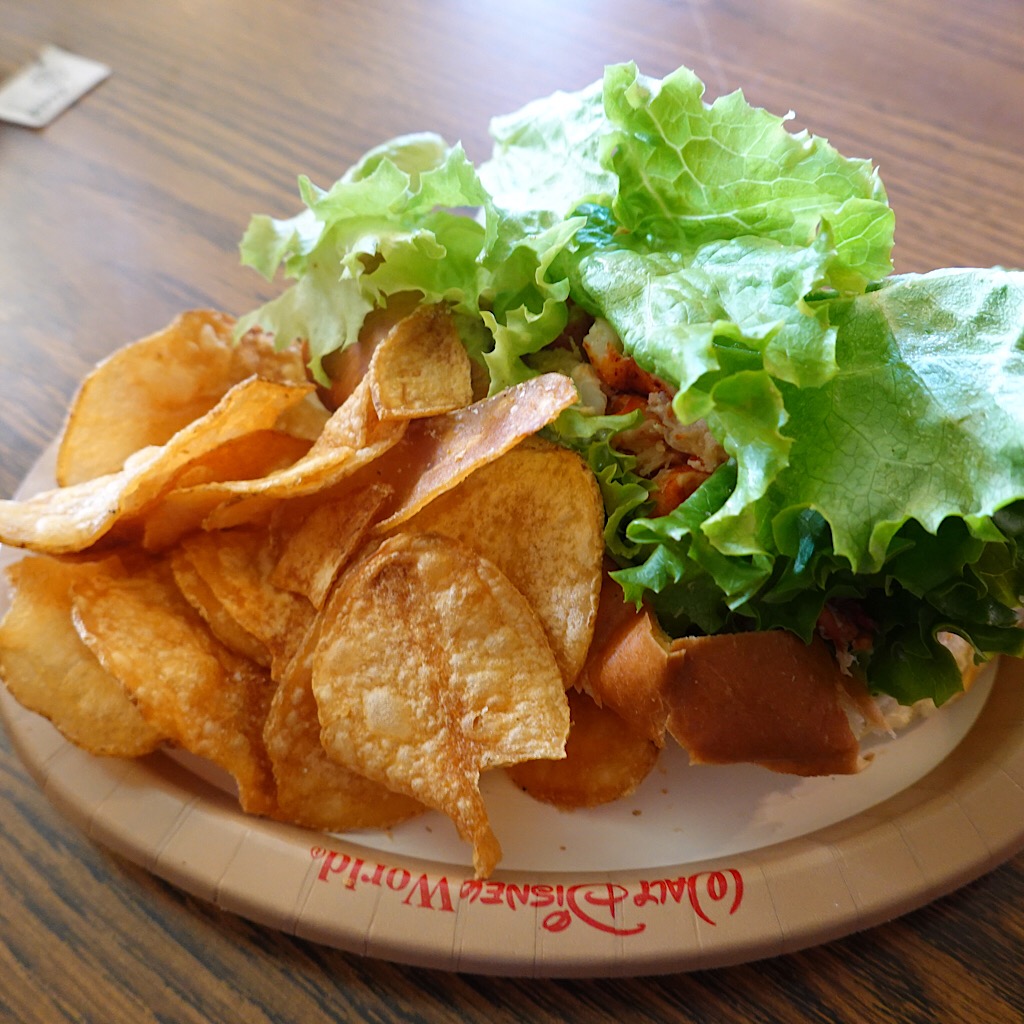 The verdict: The sandwich came with an obnoxious amount of lettuce that had to be peeled off before you ever saw the lobster. The roll itself had more lobster meat than we expected, and while the quality of the lobster itself wasn’t fantastic, the flavor was good. Bread was buttered and toasted, which was a nice touch. The chips on the side were mostly soggy. The ones that weren’t soggy were good, but...  Overall, Steve enjoyed the lobster roll but felt it was overpriced at $15. For dessert, Sean and Steve ordered the Boston Cream Pie ($4.29) and the Peach Cobbler ($4.29). 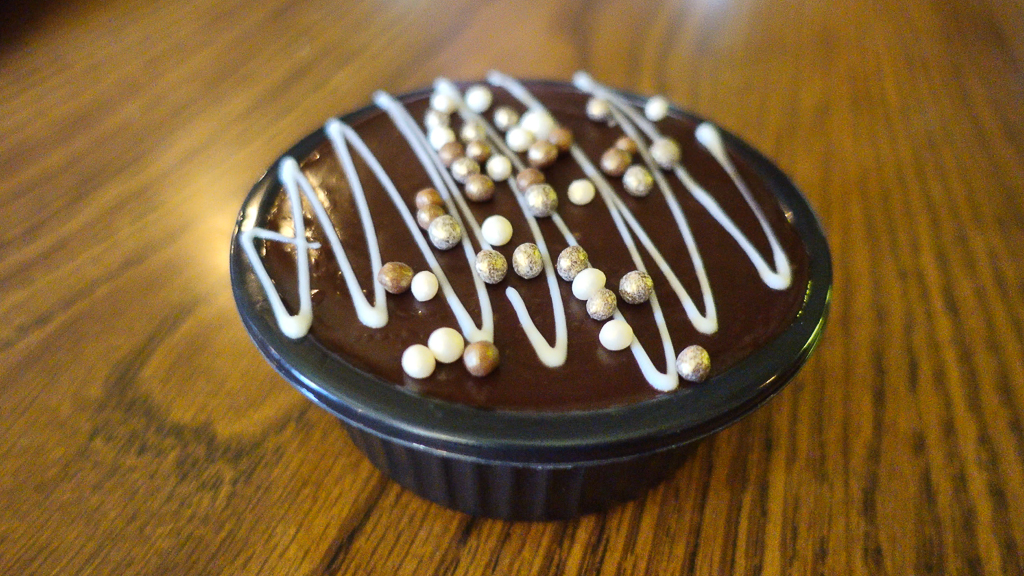 The Verdict: Sean really enjoyed this dessert, but Steve found it to be ‘pedestrian’ and said it tasted mass produced. This was Sean’s first Boston Cream Pie, so he had nothing to compare it to. 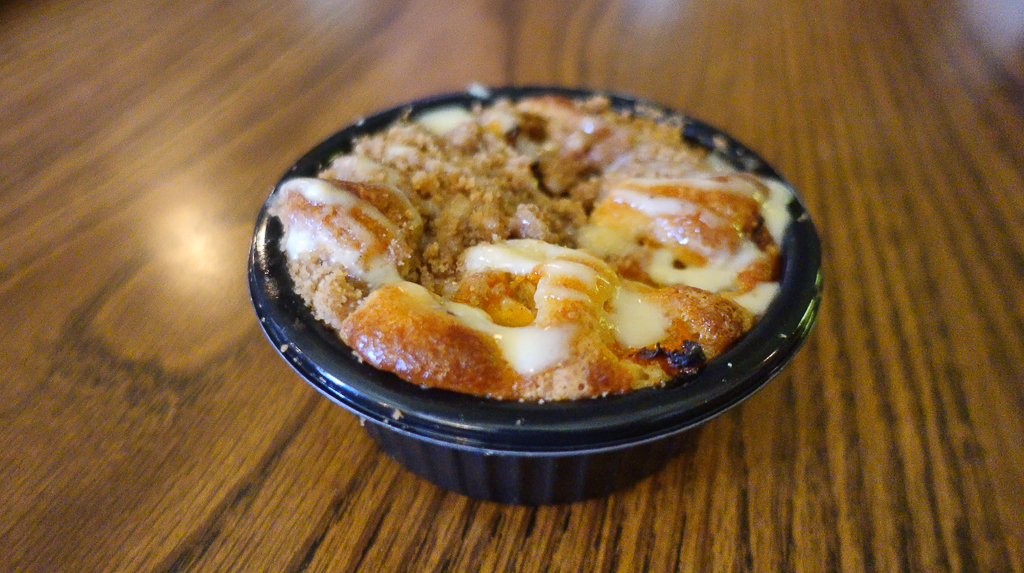 The Verdict: Steve really enjoyed the peach cobbler, saying it was much better than the Boston cream pie. The cobbler was warm, with a very tasty frosting. The frosting wasn’t overwhelming, it was lightly drizzled on top as not to overwhelm the cobbler. Sean felt there weren’t enough peaches, but said that overall it was very good. This seems to be the dessert winner between the two. All totaled the bill for three adults was just over $62 for three entries, one side dish, three sodas, and two desserts. About on par with what you would expect to pay for lunch at a Disney counter service location. If you like seafood, this is a great choice. If you’re not a big seafood eater, or if you follow a diet that restricts carbohydrates, this is not a good option.
ShareTweetSubscribe