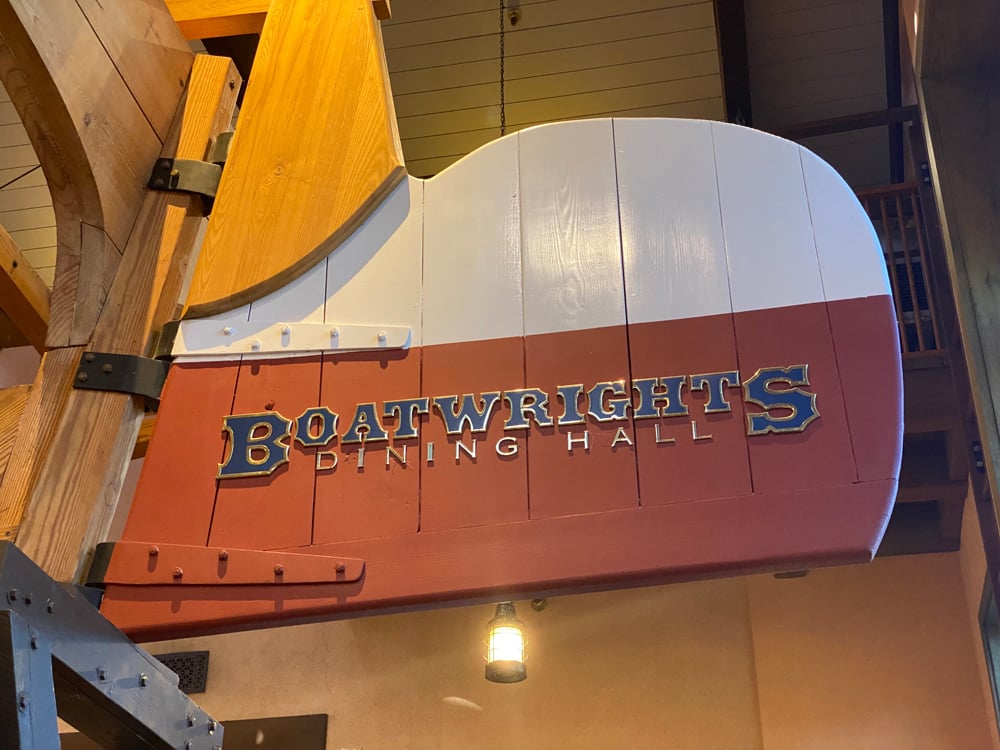 As many of our listeners and readers know, Boatwright’s Dining Hall at Port Orleans Resort – Riverside has never received high praise from the DIS team in the past, but it has been quite a while since any of our last visits – and some of us dined here for the first time during this dinner.

Keep reading as Fiasco shares thoughts on the team’s meal at this restaurant earlier this week.

Frankly, everything from appetizers, entrees, and service was a SLAM DUNK! With a table of 5, every appetizer that hit the table (and we ordered all of them!) received positive marks from all of us.


When it came to entrees everyone was happy again, with the exception of the Mac & Cheese which was universally hated by all who tried it. Everything else was not only noted to be delicious but also a fantastic value.

I personally ordered the Jambalaya – one of my favorite dishes of all time. Historically I have had awful experiences at Walt Disney World restaurants with ordering Jambalaya at places that SHOULD do it right – Boatwright’s broke that trend and then some. The shrimp was perfectly cooked and the sausages were as well. My only complaint is the dish was really lacking in chicken, I found one decent-sized piece in the whole lot, but the flavor and preparation made it something I am going to go out of my way to have again.


For the gluten-free platter, they also offered to make Haley her own side of green beans because the regular ones are cooked in pasta water.

The consensus in our party of five was that the desserts were pretty lackluster.


Watch the video below for the newest episode of the Disney Dining Show for the on-location review!