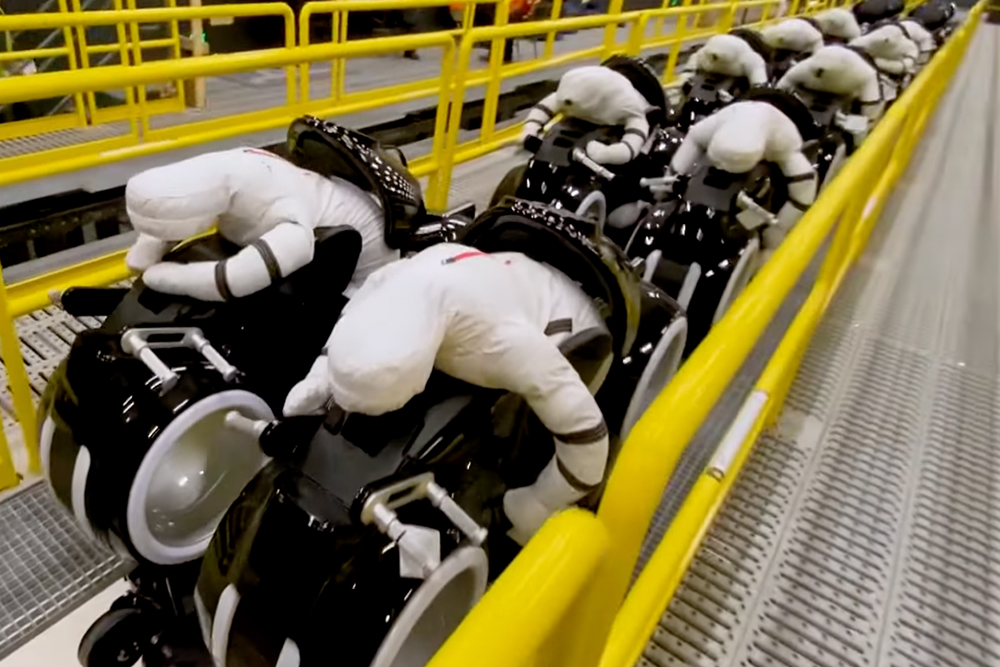 This time, we are able to see the ride vehicles being pulled around the track in what Imagineers call the “push/pull” process of testing.

The most exciting bit of news shared in this update is that the progress will be able to be seen by guests who are in Tomorrowland! Once the track is ready to go, sections of the seven-vehicle train will be slowly moved out of the launch zone and around the entire ride track including under the ride’s iconic canopy!

Take a look at the new video below to watch and learn more.