Do We Really Have the Opening Year of the Re-themed Splash Mountain? 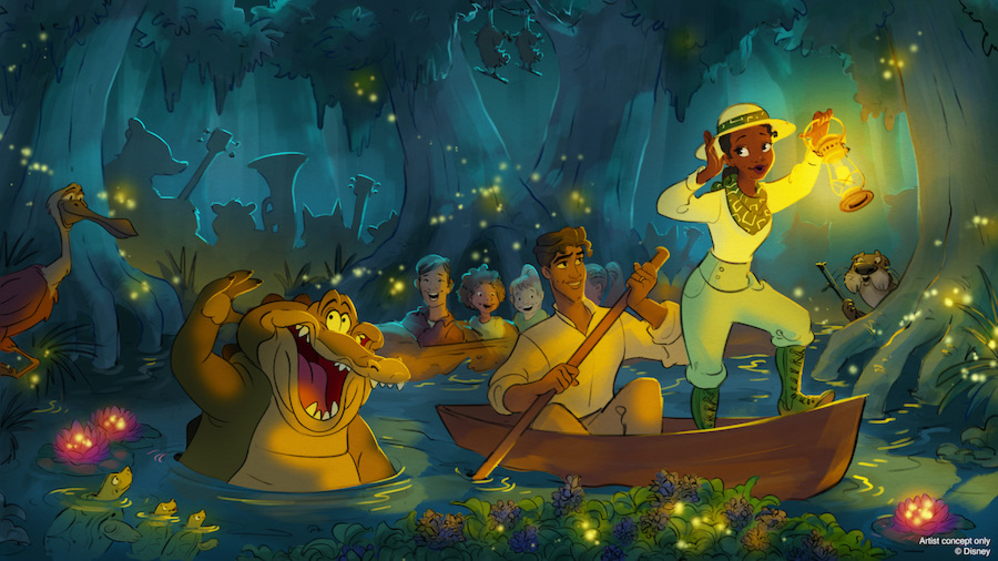 Do any of you watch LIVE with Kelly and Ryan on weekday mornings on ABC? Well, if you happened to watch the show this morning, you may have seen that one of today’s guests was Anika Noni Rose, the actress who lent her voice to Tiana in Disney’s popular animated film, The Princess and the Frog.

During her time onstage, Rose stated that the re-themed Splash Mountain is going to open at Magic Kingdom and Disneyland “in 2024.”

You might remember when Disney announced way back in 2020 that this attraction would be receiving a complete overhaul and would be rethemed to The Princess and the Frog. At that point, Disney stated that Imagineers had already been working on the project for a year.

Here’s the thing; we’re almost halfway through 2022 and Splash Mountain has not closed for refurbishment yet. Even though we’ve only seen a couple of artist renderings of the re-themed attraction, we can’t help but think it’s going to take a decent amount of time to complete the work as this is a large attraction.

This “slip” if you will, did not come from Disney directly – at least as far as we know – so our advice on this bit of information is to keep an eye out for official Disney news.

Take a peek at this thread on Twitter to read more about when an official announcement from Disney may come.

What are your thoughts on the 2024 opening timeframe that was shared on TV this morning?