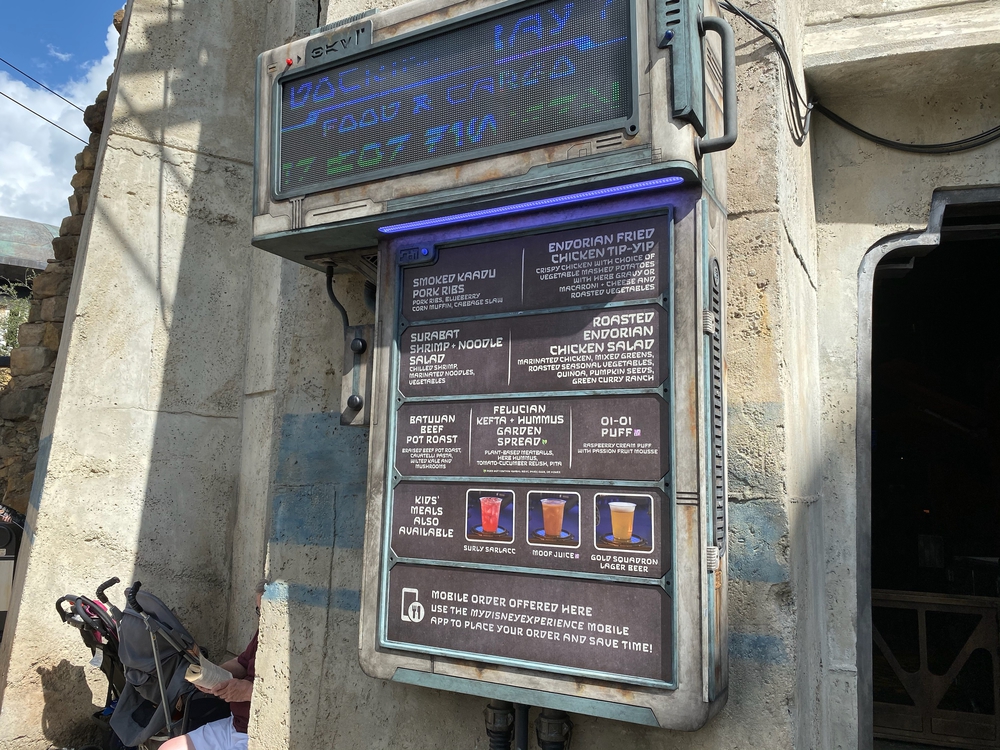 I am happy to report today that it appears that we’ve had another name change for the entrées at Docking Bay 7 Food and Cargo in Star Wars: Galaxy’s Edge in Disney’s Hollywood Studios.

Here is a picture of the queue menu board with the original dish names: 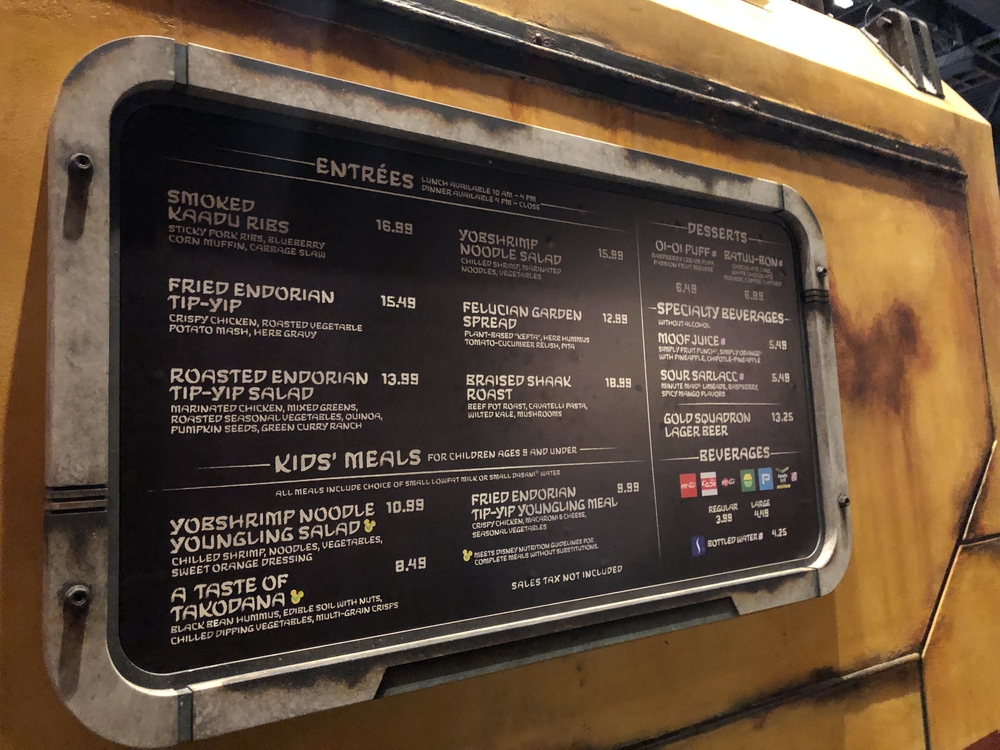 The first round of name changes occurred on October 17th. Here’s a picture of those name changes as reflected on the Docking Bay 7 queue line menu board: 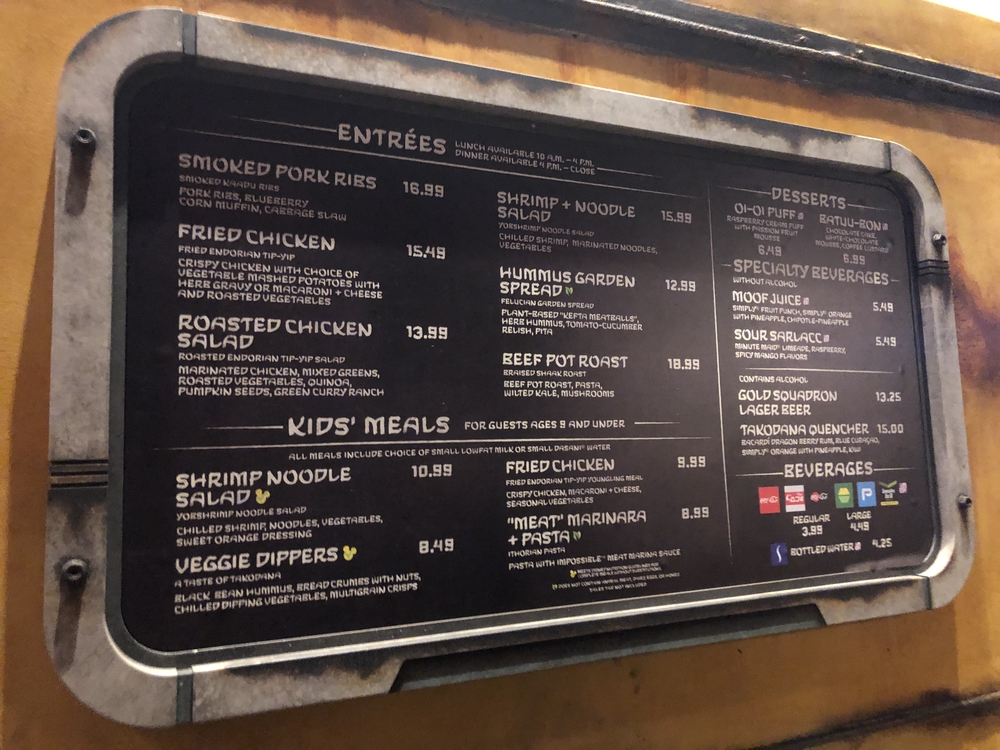 It appears today that the names have been changed once again, and the newest entrée names have been slightly altered from what they were originally, but do include references to the Star Wars universe.

Here’s a picture of the menu board today featuring the newest entrée names: 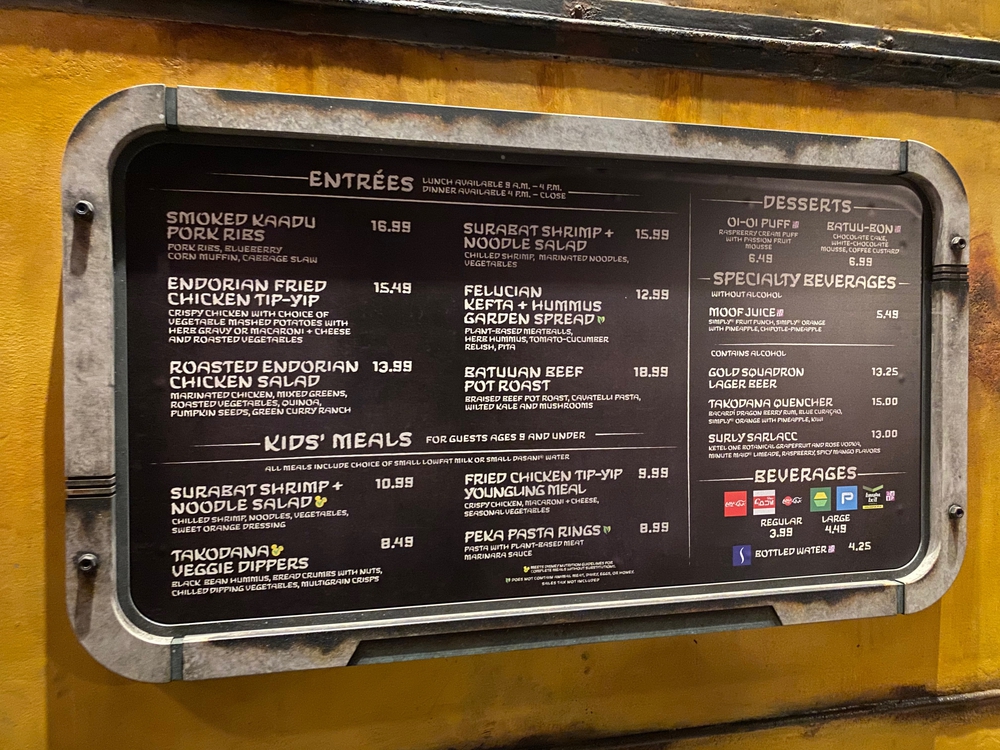 Personally, I’m so excited to see Star Wars references return to the entrée names. The new names are a nice blend of Star Wars theming and real life descriptions.

The new entrée titles have been given to the meal options at Docking Bay 7 Food and Cargo’s Disneyland counterpart as well. 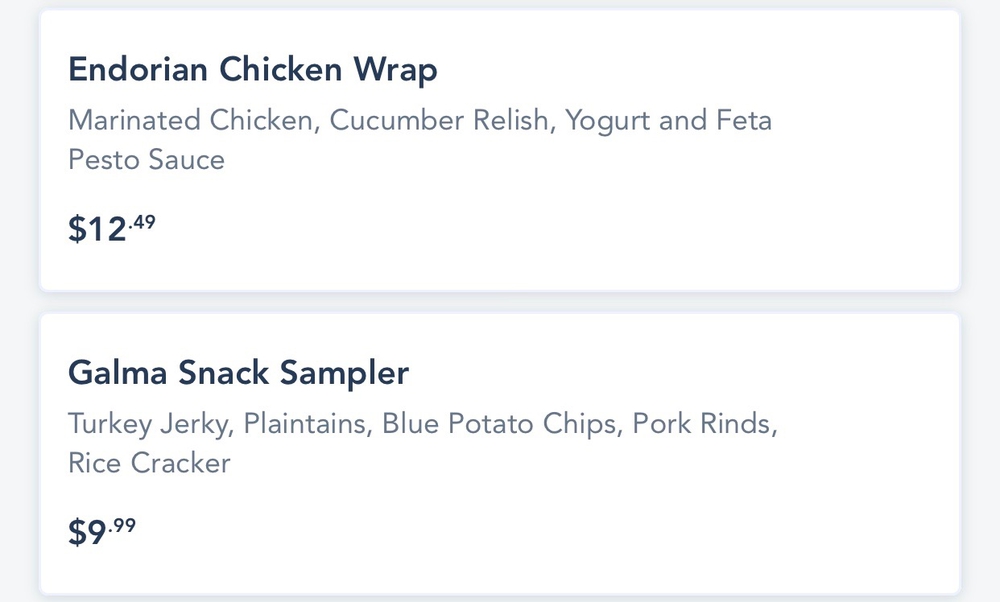 A few names have been changed at Ronto Roasters as well, as the Ronto Chips will now be called the Galma Snack Sampler and the Chicken Ronto Wrap is now the Endorian Chicken Wrap. You can read my review of these new Ronto Roasters menu items here.